First look at The Secret Commonwealth, the next volume in Philip Pullman’s bestselling The Book of Dust

“At the heart of the book are Lyra, the young woman we saw first as a girl of twelve and then as a baby, and Malcolm, whose life as a boy became involved with hers and who now finds their lives helplessly entangled again; and how some emotions can last a lifetime, and others change beyond recognition.” – Philip Pullman

Lyra Silvertongue, one of the world’s favourite heroines, is to return this autumn in The Secret Commonwealth, the second instalment in Philip Pullman’s bestselling The Book of Dust. The book will be published on 3rd October 2019 by David Fickling Books in association with Penguin Random House UK.

Lyra is no longer a child. The Secret Commonwealth is set 20 years after the events of La Belle Sauvage: The Book of Dust Volume One unfolded, and seven years after readers left Lyra and Will Parry on a park bench in Oxford’s Botanic Gardens in The Amber Spyglass, the final book in the His Dark Materials series.

Global in scale, The Secret Commonwealth: The Book of Dust Volume Two sees Lyra, now an independent young woman, forced to navigate a complex and dangerous new world as she ventures far beyond the edges of Oxford, across Europe and into Asia, in search of an elusive town said to be haunted by dæmons. As well as taking readers on an exhilarating journey into places that are at once familiar and extraordinary, the book is a timely exploration of what it is to be human, to grow up and make sense of the world around us, from one of the UK’s greatest writers.

Details of the book, released today by Pullman’s publishers, are accompanied by a first look at the beginning of The Secret Commonwealth, showing Lyra at odds with her dæmon, Pantalaimon, after they unwittingly witness a murder.

“Things have been biding their time, waiting for the right moment to reveal their consequences for Lyra Silvertongue. The Secret Commonwealth tells the continuing story of the impact on Lyra’s life of the search for, and the fear of, Dust. I found it intriguing and deeply exciting to discover how great events can turn on a little moment, and how revenge can be nurtured and fed and watered till it grows beyond control.

“Life is not easy for Lyra. It was enthralling for me to remember how powerfully and passionately our minds and opinions can be turned by reading a particular book at the right time. Lyra, as a student, is finding that out. She is also discovering a new and difficult aspect to her relationship with Pantalaimon, and other things about dæmons that she never suspected.

“But those things are background. At the heart of the book are Lyra, the young woman we saw first as a girl of twelve and then as a baby, and Malcolm, whose life as a boy became involved with hers and who now finds their lives helplessly entangled again; and how some emotions can last a lifetime, and others change beyond recognition. It’s the story of some people we know, and others we’ll meet for the first time. Their journey is going to take them far from their homeland towards a mysterious desert in Central Asia, where they hope to find, at last, the secret of Dust.”

“Like the original readers of His Dark Materials, Lyra has grown up. Her concerns are adult ones, and this new perspective – coupled with Philip’s unflinching look at the human condition and his extraordinary storytelling – makes for a breath-taking read.

“In the same way that Margaret Atwood’s The Handmaid’s Tale or Kazuo Ishiguro’s Never Let Me Go reflect and refract the world around us to devastating effect, The Secret Commonwealth– and its predecessor La Belle Sauvage – shows us a darker parallel world whose troubles echo our own. And then there are the dæmons, and the way the relationship between dæmon and human embodies the very human identity struggle between childhood to adulthood. It is truly a book for our time.”

“I feel as if I know Lyra Silvertongue (and Pantalaimon) so well. The most natural, mischievous and spirited girl you could ever wish to meet, and more than that, a friend. To me, she outstrips all the coming-of-age protagonists of the past 100 years: Harry Potter, The Hunger Games’ Katniss Everdeen, The Magic Toyshop’s Melanie, On the Road’s Sal Paradise and To Kill a Mockingbird’s ‘Scout’ Finch. Lyra is the one-off original, simply the best.

“When Philip told me that the next volume of The Book of Dust was about Lyra as a student, I was thrilled: not because I expected Lyra to be the same as she was (Philip does not repeat himself), but because I so wanted to meet the young woman she’s become. And now, amazingly, I have and I am not disappointed. She is more real to me than ever. It is not easy for her, that’s true, but somehow I knew it wasn’t going to be. And the story? The story is quite astonishing: without doubt, Philip is one of the most important writers on the planet.”

The Secret Commonwealth publication follows the chart-topping success of the first volume of The Book of Dust – La Belle Sauvage – in October 2017. It can be read as a standalone, paired with La Belle Sauvage: The Book of Dust Volume One, or set alongside Lyra’s adventures in the internationally bestselling His Dark Materials series (Northern Lights, The Subtle Knife and The Amber Spyglass). Chris Wormell will also return to illustrate the cover and the chapter headings.

The Secret Commonwealth: The Book of Dust Volume Two will be published in hardback, ebook and audiobook on Thursday 3rd October 2019 by David Fickling Books in association with Penguin Random House in the UK, featuring original new illustrations from Chris Wormell.

First look at The Secret Commonwealth: The Book of Dust Volume Two

‘It used to be you who was impulsive,’ said Pan, ‘and me who kept holding you back. We’re different now.’

She nodded. ‘Well, you know, things change … This isn’t just shoplifting. This is murder.’

‘And maybe by doing this we’d be helping the murderer get away with it. By interfering with the investigation. That can’t be right.’

‘That’s another thing,’ he said.

She knew he was right, but it wasn’t right that he should speak to her accusingly, as if it was something to blame her for.

‘I used to be young,’ was all she could find to say.

He made no response.

They didn’t speak again till they reached the station. Then she said ‘Pan, come here,’ and he leapt up at once into her hands. She put him on her shoulder and said quietly, ‘You’re going to have to look out behind. Someone might be watching.’

Praise for La Belle Sauvage: The Book of Dust Volume One

‘Philip Pullman is one of the great storytellers of our time. The way he creates characters is exquisite and I am excited for anyone reading Lyra’s story for the first time; you have the most extraordinary world to discover.’ – Cerys Matthews, musician, author and broadcaster

‘Is there a richer, more complex conceit in modern fiction than Pullman’s daemons – animal companions that are both projections of yourself and a guide, both soul and guardian angel?’ – Frank Cottrell-Boyce, Observer

‘These are dark, uncertain times. Pullman has given them the brilliant, disturbing book they deserve’ – i

After graduating, Pullman went into teaching, at various Oxford Middle Schools before moving to Westminster College in 1986 for eight years. He retains a passionate interest in education.

His first children’s book, Count Karlstein, was published in 1982 (later republished in 2002). It was followed by The Ruby in the Smoke (1986), the first in a quartet of books featuring the young Victorian adventurer, Sally Lockhart. He also published a number of shorter stories, which he calls fairy tales, including The Firework-Maker’s Daughter, Clockwork, I Was a Rat! and The Scarecrow and His Servant. To date, he has published 33 books, read by children and adults alike.

His most famous work is the His Dark Materials trilogy: Northern Lights (1995, published as The Golden Compass in the USA); The Subtle Knife (1997) and The Amber Spyglass (2000). These books have been honoured by several prizes, including the Carnegie Medal, the Guardian Children’s Book Award, and (for The Amber Spyglass) the Whitbread Book of the Year Award – the first time in the history of that prize that it was given to a children’s book. Pullman has received numerous other awards, including: the 2002 Eleanor Farjeon Award for children’s literature, and the 2005 Astrid Lindgren Award, jointly with the Japanese illustrator Ryoji Arai. The first volume of The Book of Dust – La Belle Sauvage – was published in October 2017 to great acclaim, winning the Waterstones Book of the Year in December 2017, securing Pullman ‘Author of the Year’ at both the British Book Awards 2018 and the Specsavers National Book Awards 2018, and the audiobook – narrated by Michael Sheen – ‘Audiobook of the Year’ at the British Book Awards 2018. Pullman was knighted for services to literature in the New Year’s Honours 2019.

Sir Philip Pullman lives in Oxford. Further information can be found at www.philip-pullman.com.

David Fickling Books is an independent publisher of high-quality books with a focus on brilliant storytelling and world-class illustration. They publish picture books and novels for all ages, as well as graphic novels based on the strips in The Phoenix

David Fickling set up David Fickling Books in 1999 as an imprint of Scholastic and then developed the same brand as an imprint of Random House from 2001 until 2013. During this time, he published Mark Haddon’s The Curious Incident of the Dog in the Night-time (bestseller and award-winning play), as well as John Boyne’s The Boy in the Striped Pyjamas, Jenny Downham’s Before I Die and Andy Mulligan’s Trash – all international bestsellers and, later, hit Hollywood movies. In 2012, he launched a weekly story comic for children called The Phoenix, which has been rated the second-best comic in the world by TIME magazine. Recent notable publishing successes from DFB include La Belle Sauvage by Philip Pullman (co-published with Penguin Random House UK) and The Art of Being Normal by Lisa Williamson, which won the Waterstones Children’s Book Prize for Older Fiction in 2016.

Penguin Random House is the world’s number one publisher. We champion authors, shaping and sharing writing that sparks thoughts, dreams, conversations and learning. We are a vibrant community of publishing houses, representing distinguished publishing histories marked by unparalleled success. We are a home to all kinds of authors. From the best new fiction or picture book writers, to political commentators, trailblazing entrepreneurs, health experts and bold illustrators, we enable talented people from all walks of life to tell their stories – and we make sure they are heard. We sell and license books in over 120 countries, connecting great books with a growing and global audience. We bring words to life. www.penguinrandomhouse.co.uk/www.penguin.co.uk/ 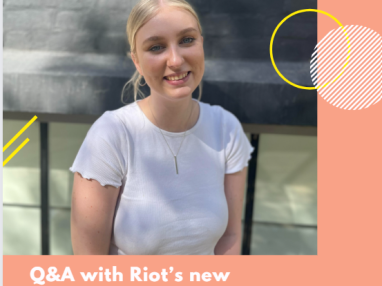 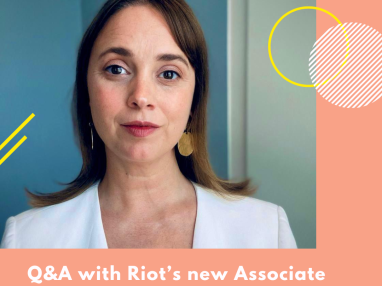 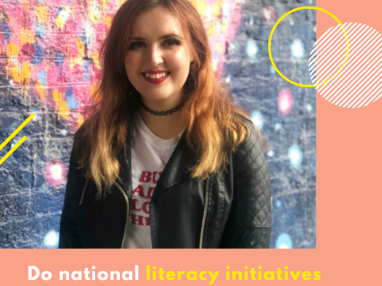