“From a very strong longlist we’ve arrived at a shortlist of three really marvelous novels — each of them an unforgettable picture of a place and a society, peopled by vividly interesting characters.  It’s a pleasure to greet three such gifted, and contrasting, first novelists.”- Chair of judges and author, Alan Hollinghurst

The three novels shortlisted for the 2019 Desmond Elliott Prize, the “UK’s most prestigious award for first-time novelists” (Daily Telegraph), have been announced today (Friday 10th May 2019). Golden Child by Claire Adam, Hold by Michael Donkor and Devoured by Anna Mackmin are all in the running to win the £10,000 Prize and be named the year’s best debut novel.

All three titles explore the theme of how innocence can be lost following the realisation that long-accepted beliefs about the world might not be true.

Claire Adam introduces readers to the colourful, vibrant yet dangerous world of her childhood, Trinidad, in Golden Child. The novel tells the story of a family with twin boys, Peter and Paul, with differing personalities. When the ‘misfit’ twin, Peter, is abducted, their father, Clyde, must race to save the son that he has never really understood. About the novel, Alan Hollinghurst said: “Golden Child is a superbly controlled narrative of a family cracking under unbearable pressures, and a remarkable study in violence, always latent, sometimes horrifically real. It combines the tang of harsh reality with the luminous strangeness of a dream. ”

In Hold, author Michael Donkor explores the conflict between a person’s heritage and the culture in which they grew up taking inspiration from his own childhood experiences of being a London born Ghanaian. When Londoner Amma starts rebelling against her parents, the disciplined ‘house-girl’ Belinda is summoned from Ghana to be a good influence on her. Hollinghurst said: “Hold is a captivating study of cultural displacement and generational change, seen, remarkably, entirely through female eyes. In the house-girl Belinda, Michael Donkor has created a memorably funny and poignant portrait of a young woman making sense of a life she is not in charge of.”

Rounding off the shortlist is Devoured by Anna Mackmin, a vivid semi-autobiographical tale of a girl growing up in a commune in Norfolk. The central character, Nearly Thirteen, offers the reader a chance to experience a world that exists on the fringes of society through the eyes of a child with the innocence not to question the unusual behaviour she encounters. The novel comes from Norwich-based independent publisher Propolis, founded by Henry Layte who co-published the 2014 Desmond Elliott Prize-winning A Girl Is a Half-formed Thing by Eimear McBride. Alan Hollinghurst said:  “An exuberant and technically inventive debut from Anna Mackmin. She shows us the variously pompous, randy and self-deluded adults in a 1970s Norfolk commune through the eyes of drolly observant child on the cusp of puberty.  Devoured is absorbing, unnerving and extremely funny.”

The Chairman of the Prize’s trustees, Dallas Manderson said: “The purpose of the Desmond Elliott Prize is to support debut novelists, to raise their profile and provide them with a financial platform from which they can dive into their next novel. It is no easy task for our judges to whittle the longlist down from ten to a shortlist of three and I know every year there is a fierce debate in the judging room. It is with great joy that we present the Desmond Elliott Prize shortlist for 2019.”

The Desmond Elliott Prize has a track record of spotting exceptionally talented novelists at the very beginning of their careers. Last year, the Prize was awarded to Preti Taneja for her debut novel, We That Are Young. Since winning the Desmond Elliott Prize, We That Are Young has been published in the US, Canada, India, Germany and France. The rights have also been acquired for a television adaptation. Other past-winners include Francis Spufford, Claire Fuller and Eimear McBride.

Alan Hollinghurst is joined on the judging panel by the literary editor of The Times, Robbie Millen, and managing director of the Booksellers Association, Meryl Halls. The winner will be revealed at a ceremony at Fortnum & Mason on 19th June, where they will be presented with a cheque for £10,000. 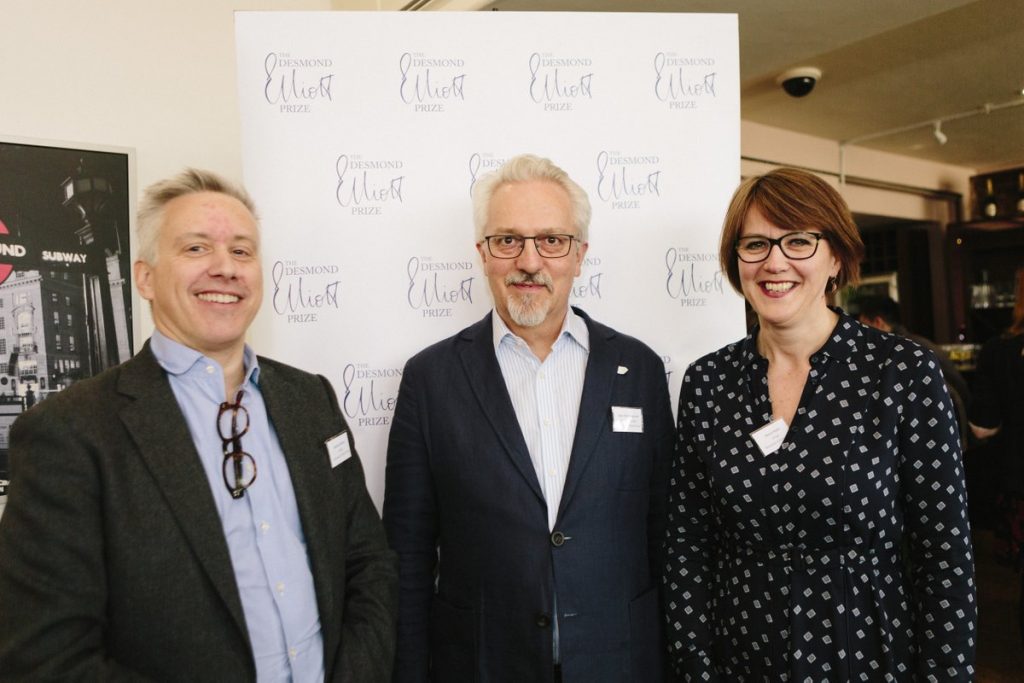