Submissions for the 2020 Desmond Elliott Prize are now open and should be directed to awards@nationalcentreforwriting.org.uk

The National Centre for Writing (NCW) is to take on the running of the Desmond Elliott Prize (“the UK’s most prestigious award for first-time novelists” – The Telegraph) it has been announced.

The Desmond Elliott Prize will be the flagship in a portfolio of Early Career Awards being launched by NCW to support new writers. In addition NCW is working with the University of East Anglia and the Laura Kinsella Foundation on the creation of two new awards for early career writers which will be announced and opened for applications later this year.

The Early Career Awards represent a new model for literary prizes combining the power of a private trust with the unique year-round programme of NCW. Arts Council England (ACE) will increase the impact of the awards by contributing towards an early career digital programme providing resources, professional development and industry advice as a free public resource for new writers. The ACE support will also enable a tailored early career programme for the winning writers which will include residency opportunities, mentoring and industry support to help them build a sustainable career.

NCW launched in June 2018 in Norwich, England’s first UNESCO City of Literature. Patrons include Margaret Atwood, Elif Shafak, Kei Miller and Ali Smith. It exists to support a vibrant and diverse literary environment in the UK. Since opening it has pioneered projects such as the International Literature Showcase with Val McDermid’s spotlight on LGBTQI+ writers and Elif Shafak’s focus on women writers.

“Through embedding the Desmond Elliott Prize in our portfolio and launching the Early Career Awards we are looking to contribute to an alliance between writers, publishers, the trade, libraries and readers to boost the environment for literary fiction and writers at the critical early stages of their career.

“The market for literary fiction is tough and getting tougher and we want to help find innovative ways to increase collaboration in the sector. We are delighted to be the custodians of such a prestigious prize and to have found a sustainable way to support its future. We thank the Desmond Elliott Charitable Trust, the University of East Anglia and the Laura Kinsella Foundation for their confidence and investment in us. Huge thanks also to Arts Council England for recognising the opportunity to increase the impact of prize culture.”

The winner of The Desmond Elliott Prize will receive £10,000 and, new to this year, a programme of support to help them towards a second novel and a sustainable career in writing. Past winners of the prize include Eimear McBride for A Girl is a Half-formed Thing, Claire Fuller for Our Endless Numbered Days, and Preti Taneja for We That Are Young. The 2019 Prize – chosen by judges Man Booker Prize-winning author, Alan Hollinghurst; Literary Editor of The Times, Robbie Millen; and managing director of the Booksellers Association, Meryl Halls – was awarded to Claire Adam for her “electrifying” debut Golden Child.

“The Desmond Elliott Prize has so far given a significant financial boost and vote of confidence to twelve wonderfully talented writers just starting out in their careers, whilst also bringing attention and praise to the wider longlist of 10 titles selected each year. We are fortunate and excited to have found an organisation as vibrant and dynamic as the National Centre for Writing, whose values align closely with our own, to continue the work that we have started. The NCW approached us with an inspiring model that saw our remaining funds matched by the Arts Council and various other partners, and will make a greater impact than we could have had alone with what remained to the Trust. We are confident that Desmond’s Prize could not be in better hands and look forward to celebrating the future recipients of the Early Career Awards with the NCW, UEA and Laura Kinsella Foundation.”

“The Desmond Elliott Prize has long played a critical role in bringing debut novelists to wider audiences. I’m delighted that Arts Council England is able to support the National Centre for Writing to continue the delivery of the prize – and to test an innovative approach in which awards are complemented by professional development, mentoring opportunities, resources and advice, helping new writers to build sustainable careers in an increasingly challenging landscape.”

Submissions for the Desmond Elliott Prize 2020 are now open until 29 November 2019. For further details see www.nationalcentreforwriting.org.uk. All first novels written in English by authors permanently resident in the UK and Ireland and published there between 1 April 2019 and 31 March 2020 are eligible for the Prize. 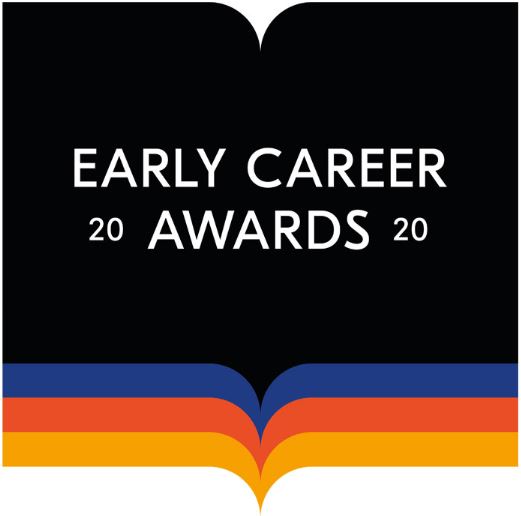