Eclair-Powell is an award-winning writer from South East London. Her previous plays have had critical acclaim, with one of her shows, FURY, winning the Soho Young Writer’s Award and having an extended run at Soho Theatre due to popular demand. She joins the Bruntwood Prize’s prestigious alumni of playwrights including Katherine Soper, Phil Porter, Duncan Macmillan, Alistair McDowall, Vivienne Franzmann, Anna Jordan, Janice Okoh and Tim X Atack.

Described by the writer as an “explosion in action”, SHED: EXPLODED VIEW, spans 30 years and sees three couples navigate family life, complex relationships and loss. Audiences are invited to make the connections between the characters and feel the impact of violence through a series of non-linear short scenes.

The play is inspired by Cornelia Parker’s art piece Cold Dark Matter: An Exploded View made with the restored contents of a garden shed exploded by the British Army. Parker uses the surviving fragments to create an installation suspended from the ceiling as if captured mid-explosion.

On winning the overall 2019 Bruntwood Prize, Phoebe Eclair-Powell said: “I began writing this play when I read on a domestic violence blog that someone had been stabbed with a fork in the face and that the fork had stood out and reverberated. It was such a haunting, horrific story and it sat with me for years. It’s taken me three years to write this play. I kept returning to that image and seeing that domestic violence statistics continue to climb and get worse, it became important for me to continue this story. I wrote this script from the heart and I’m so grateful to Bruntwood and to the Royal Exchange Theatre for this award.”

Also announced at the ceremony were  the winners of three Prize categories: AKEDAH by Michael John O’Neill won the debut writer’s category, Original New Voice; GLEE & ME by Stuart Slade was awarded the Judges Award and New York based writer Kimber Lee’s UNTITLED F*CK MISS SA*GON PLAY (SRSLY THIS IS NOT THE TITLE) scooped the International Award, a newly introduced category for the 2019 Prize. Michael John O’Neill, Stuart Slade and Kimber Lee each take home £8,000 and their scripts will begin a development process with the Royal Exchange Theatre.

The four winning plays were judged and chosen from a 15-strong shortlist of established, emerging and debut playwrights.

Due to the high calibre of scripts in this year’s record-breaking entries, the judges also awarded Dave Harris and Jody O’Neill £4,000 each as a commendation for their captivating plays, TAMBO & BONES and BALLYBAILE respectively.

Bryony Shanahan, Joint Artistic Director at the Royal Exchange Theatre and judge for the Bruntwood Prize for Playwriting, said: “This year’s Bruntwood shortlist was exceptional, the plays continually surprised us as judges both in subject matter and in form; they felt alive, contemporary and kept us debating for hours. SHED: EXPLODED VIEW is ambitious, nuanced and goes right to the heart of the human experience. When I first read it, it felt like a punch to the guts – it is precise and considered, a beautiful tapestry of ideas meticulously woven together, but it is also astonishingly emotional. Phoebe’s characters are so well drawn and she deals with themes of female trauma with dignity, offering hope to her characters and the audience along the way. The non-linear form of her play makes for a searing and exhilarating experience, and her words – as the title suggests – explode from the page. This is a beautifully crafted piece of brave, bold and aspirational writing. I am delighted for Phoebe and cannot wait to see where this play goes next.”

Kate Vokes, Director of Social Impact at Bruntwood, added: “Bruntwood is a longstanding champion of the arts, since arts and culture are what bring our cities to life. Our partnership with the Royal Exchange Theatre helps nurture new and established creative talent, and I’m delighted to see the Bruntwood Prize for Playwriting going from strength to strength; we received a record number of entries this year, of exceptionally high quality. Phoebe Eclair-Powell has written a play that I found deeply moving and I’m looking forward to seeing her and our other three Prize winners continue to make their mark in the industry.”

SHED: EXPLODED VIEW is a jigsaw play that invites the audience to make the connections between characters and how their stories fit. At different stages of their lives, the characters navigate love, life, marriage, parenthood and the modern world in a series of short scenes. Phoebe Eclair-Powell is a writer from South East London who was made resident playwright at Soho Theatre for 2016 and 2017 through the Channel 4 Playwright scheme. Phoebe also writes for Channel 4 Continuing Drama HOLLYOAKS.

The judges said: “This script is gut-wrenchingly moving, stark in its violence and thrilling in its narrative quickness.  The observation of the human condition is beautiful, vivid and profound.  It is a staggeringly ambitious piece of work with a very clear concept and sense of theatricality. It stays with you long after the experience within it.”

GLEE & ME by Stuart Slade

London-based playwright Stuart Slade’s previous plays include BU21 (Trafalgar Studios) and CANS (Theatre503). GLEE & ME is a one-woman play which sees 16-year-old Lola delivering a monologue charting her journey after being diagnosed with a rare, degenerative neurological condition.

The judges said: “GLEE & ME is a beautifully empathetic piece of writing, with a character who weaves her way into your life and becomes your best friend. This is an important play about strength, compassion, and the human spirit.”

The judges said: “There are lovely flashes of dialogue and a sense of theatrical ambition throughout the play.  The conversations are stimulating and thought provoking and the stunning ending stays with us long after.”

The judges said: “Full of sharp wit, this play is absolutely staring into the belly of the beast in society in a human, warm, and utterly engaging way.” 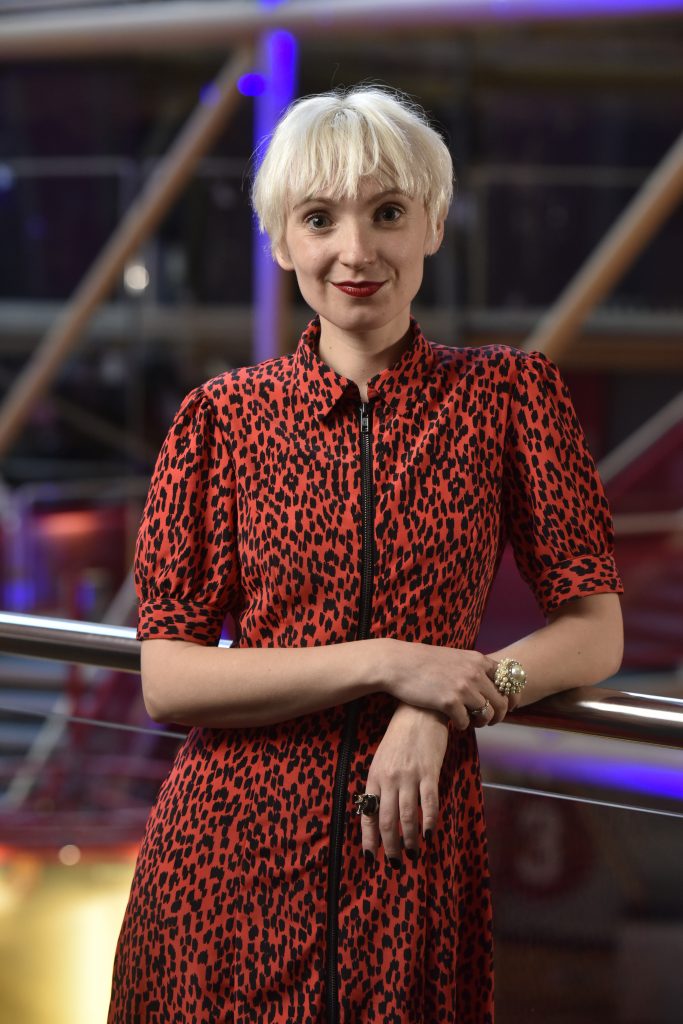