Celebrating the best in children’s writing and illustration respectively, the Medals are unique in being judged by children’s librarians, while the Shadowers’ Choice Award, recently added to the Awards ceremony celebrations, is voted for by children and young people who shadow the Medals. The 40-strong list of titles for the 2020 Medals (20 on each longlist) were selected from a total of 162 nominations, read by an expert volunteer team of 14 children’s and youth librarians from across the UK.

The 2020 longlist features strong debut offerings from authors including Dean Atta (The Black Flamingo) and Aisha Bushby (A Pocketful of Stars) and illustrators Beth Waters (Child of St Kilda) and Eva Eland (When Sadness Comes to Call) alongside several former winners – including illustrator Grahame Baker Smith (Wisp: A Story of Hope written by Zana Fraillon) and Levi Pinfold ( The Dam written by David Almond) and writers Sarah Crossan (Toffee) and Jennifer Donnelly (Stepsister).

One book is in the running for both Medals: Voyages in the Underworld of Orpheus Black, written by previously shortlisted Marcus Sedgwick with his brother Julian Sedgwick and illustrated by twice-shortlisted Alexis Deacon, a story about two brothers in conflict amidst the devastation of WWII London.

The Awards’ mission ‘to inspire and empower the next generation to shape a better world through books and reading’ is reflected in the longlist, with stories that help children develop empathy by understanding their own and other people’s feelings and reality. Longlisted for the Kate Greenaway Medal, author and illustrator Eva Eland’s debut picture book, When Sadness Comes to Call, takes a poignant but uplifting look at dealing with uncomfortable emotions. On the Carnegie longlist Paper Avalanche, written by Lisa Williamson, focuses on the wellbeing of children in the care of parents with mental illnesses, while Randy Ribay’s Patron Saints of Nothing and Captain Rosalie illustrated by Isabelle Arsenault both address grief, set against the backdrops of President Duterte’s Philippines and World War One respectively. Kenneth Oppel’s Inkling, also longlisted for the Carnegie Medal, sees a magical ink blot come to life at exactly the right time for the Rylance family, helping them deal with a tragic loss while sparking their creativity.

The theme of homelessness also features in several longlisted books, including No Fixed Address by Susin Nielsen, a story about a 12-year-old growing up one step away from homelessness and Toffee by Sarah Crossan, a novel about a teenager who runs away from home and gets taken in by an elderly woman with dementia. The topics of displacement and the refugee crisis are also explored in a picture book about the arrival of a refugee carrying a suitcase containing his treasured possessions (The Suitcase, written and illustrated by Chris Naylor-Ballesteros), a story of an unlikely friendship between a British boy and a Berber girl both stranded at sea (Girl. Boy. Sea. by Chris Vick), a picture book about a child refugee whose imagination is reawakened amidst a world of tents and fences (Wisp: A Story of Hope, illustrated by Grahame Baker Smith, written by Zana Fraillon) and a story displaying the strength of friendship between two refugee children escaping a war (Lubna and Pebble, illustrated by Daniel Egnéus, written by Wendy Meddour).

Identity and understanding are also a common thread in a number of books on the longlist: from a mixed-race gay teen finding his wings as a drag artist (The Black Flamingo written by Dean Atta and illustrated by Anshika Khullar); to an ode to black history, highlighting the trauma of slavery and the brave artists, athletes and activists who overcame limitations (The Undefeated illustrated by Kadir Nelson and written by Kwame Alexander); a novel about racism and how it affects a young boy and his family (The Boxer by Nikesh Shukla) and a story about hip hop, freedom of speech and fighting for your dreams, even as the odds are stacked against you (On the Come Up by previously shortlisted Angie Thomas and winner of the 2018 Amnesty CILIP Honour).

Another strand emerging from this list is the re-imagination of classic books, with feminist retellings featuring strongly. Reimaginings of Moby Dick and Frankenstein appear across both Medals. Both Sharon Dogar’s Monsters and Mary and Frankenstein, illustrated by Júlia Sardà and written by Linda Bailey, look at the author behind the famous story, both published in the centenary year of Mary Shelley’s Frankenstein. Kit de Waal’s debut YA novel, Becoming Dinah, re-tells the story of Moby Dick from the view of a teenage girl on a quest to discover her true identity, whilst And The Ocean Was Our Sky, illustrated by Rovina Cai and written by Patrick Ness, tells this well-known story from the perspective of the whale. Carnegie-longlisted Jennifer Donnelly’s Stepsister is a fresh look at the Cinderella story from the perspective of the stepsister who cut off her toes to fit into the glass slipper. Quill Soup, illustrated by Dale Blankenaar, is an African retelling of the European folktale Stone Soup, while new illustrations by previously shortlisted Chris Mould breathe new life into Ted Hughes’ The Iron Man, a tale of conflict between the environment and the age of machines.

Independent publishers are strongly represented across the longlist, with Walker Books securing 10 entries, making them the publisher with the highest number of longlisted books. The inclusion of Little Wise Wolf, illustrated by Hanneke Siemensma, marks the first longlisting for Book Island. Small independents Tiny Owl, Lantana Publishing and Barrington Stoke also feature on the list with one book each, while Pushkin Children’s Books makes the list with two books.

In addition, first-time longlistees for the Carnegie Medal, Kate DiCamillo (Louisiana’s Way Home), and Karen Foxlee (Lenny’s Book of Everything) are in competition with previously longlisted and shortlisted alumni Nick Lake (Nowhere on Earth), Anthony McGowan (Lark) and Hilary McKay (The Skylarks’ War). Previously shortlisted illustrators for the Kate Greenaway Medal, Poonam Mistry (You’re Snug With Me), Shaun Tan (Tales from the Inner City) and Chris Wormell (Planetarium) are joined by Angela Brooksbank (B is for Baby), Owen Davey (Fanatical About Frogs) and Emily Haworth-Booth (The King Who Banned the Dark).

“This year’s longlists shine a light on the breadth and quality of children’s publishing not just of the UK but from around the world. Through writing and illustration, the authors and artists offer children and young people stories of hope, discovery and understanding about themselves and the world they live in. There is a strong emphasis in the longlists on how young readers can navigate that journey, through relationships with families and friends and from learning more about themselves. We hope you will be as inspired to explore them as we were by reading them.”

An in-depth blog by Julia Hale exploring the longlisted titles can be found here.

The shortlists for both the CILIP Carnegie and Kate Greenaway Medals 2020 will be announced on Thursday 19th March 2020, with the winners being announced on Wednesday 17th June 2020 at a special daytime event at The British Library, hosted by University Challenge star and CILIP Library Champion, Bobby Seagull. The winners will each receive £500 worth of books to donate to their local library, a specially commissioned golden medal and a £5,000 Colin Mears Award cash prize.

Now in its second year, the Shadowers’ Choice Award – voted for and awarded by the children and young people who shadow the Medals – will be announced alongside the two Medal winners in June 2020. This award has evolved out of CILIP’s Diversity Review, which identified opportunities to empower and celebrate the young people involved in the Medals through the shadowing scheme.

The 2020 CILIP Carnegie and Kate Greenaway Medals are sponsored by Peters and ALCS, and funded by Carnegie UK Trust.

For further information about the history of the Medals visit www.cilip.org.uk/carnegiegreenaway 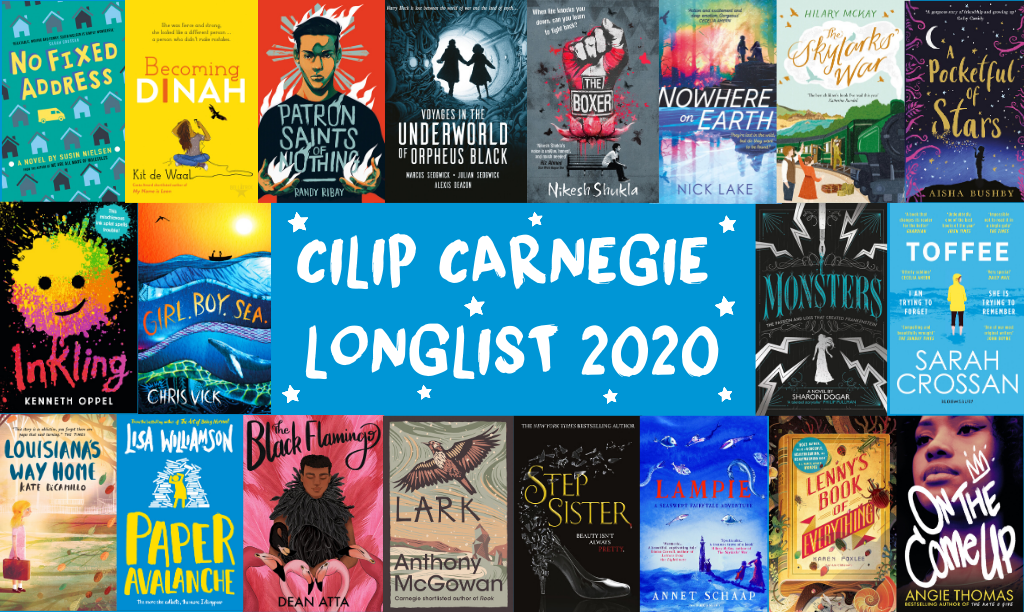 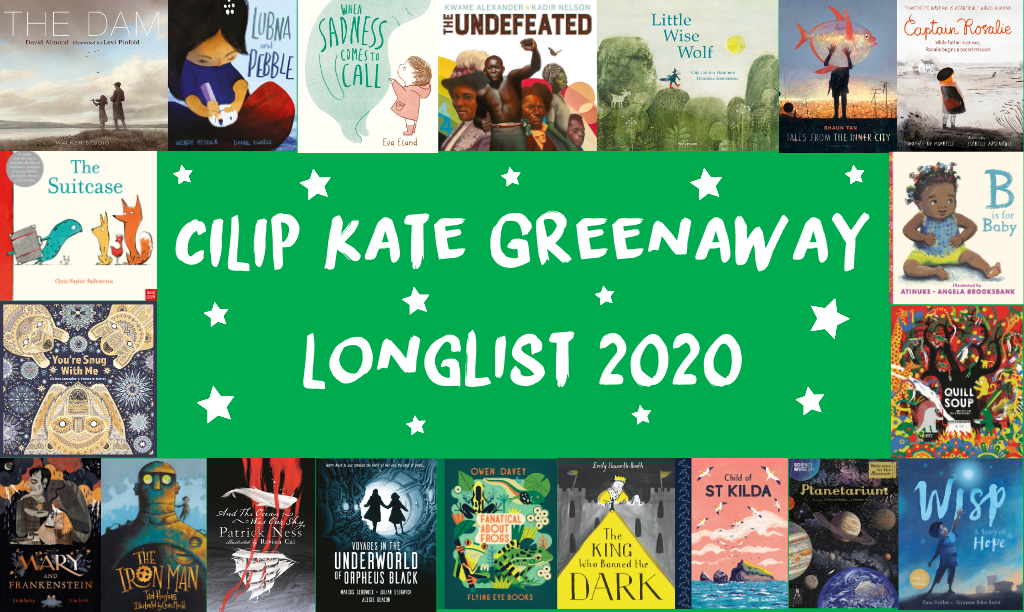