New data released today (13th February) by the Audit Bureau of Circulations (ABC) has revealed that the London Review of Books continues to achieve sustained growth, with its total circulation rising to 78,478 in 2019, up from 75,725 in 2018.

The newspaper achieved the increase of 3.6% in its 40th anniversary year, outstripping the gains delivered in 2018 when it attracted 2.5% more subscribers than in the previous year. The LRB has achieved year-on-year growth for twenty years (and has added 30,000 new subscribers in the last ten), bucking the trend of declining print sales in recent years.

In 2019 the LRB delivered agenda-setting opinion and insight on Brexit and the General Election, from contributors including David Runciman (on the podcast Talking Politics, presented in partnership with the LRB, and in the paper), James Meek and William Davies. It broke news when, for example, Chris Mullin named two of the IRA’s Birmingham pub bombers, and provoked cultural conversation on many occasions, with pieces such as Tiananmen student organiser Chaohua Wang’s reflections on Hong Kong and Colm Tóibín’s account of his cancer treatment, Patricia Lockwood’s survey of John Updike’s oeuvre and Katherine Rundell’s considerations of creatures ranging from the narwhal to the golden mole.

“The London Review of Books keeps going from strength to strength. We are pleased that 94% of our file still consists of people who actively purchase the LRB, and our subscriber base continues to grow: not only an increase in circulation, but an increase in quality circulation of new and long-standing readers who genuinely value our incredible product. The LRB just celebrated its 40th birthday, and our strategy of consistent, quality growth is still the core of our business.”

The LRB marked the anniversary with a month of celebrations that included events at the London Review Bookshop and beyond; the first ever history of the LRB, a coffee table book published by Faber and Faber (London Review of Books: An Incomplete History); two special issues of the magazine; and the relaunch of the LRB website. 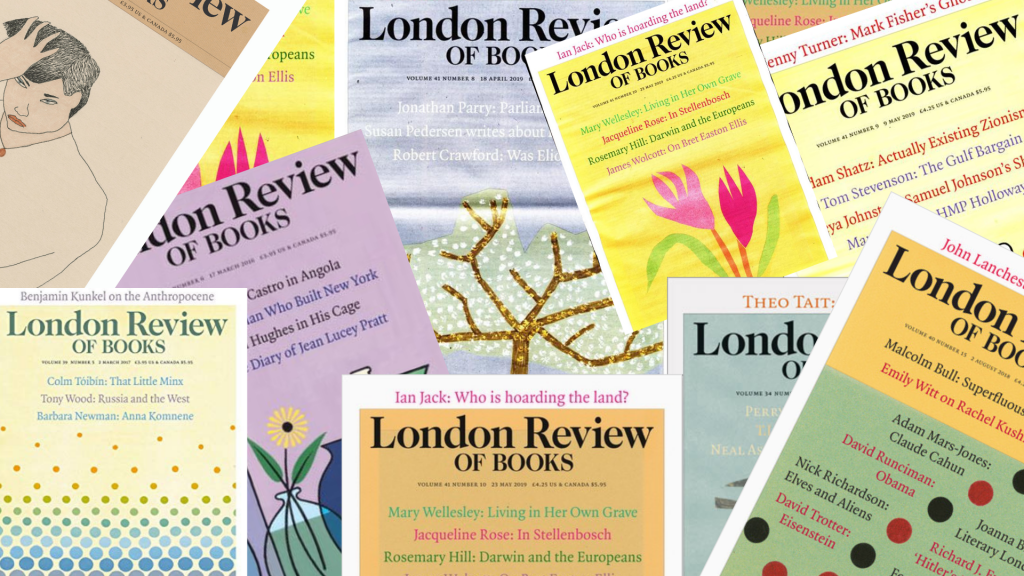