The National Centre for Writing has today (Tuesday 2nd June) announced the three titles shortlisted for the 2020 Desmond Elliott Prize. The Girl with the Louding Voice by Abi Daré, The Private Joys of Nnenna Maloney by Okechukwu Nzelu and That Reminds Me by Derek Owusu are all in the running to win the £10,000 prize and be named the year’s best debut novel from across the UK and Ireland.

For the first time this year, the Desmond Elliott Prize is being run by NCW as the flagship in its Early Career Awards portfolio, a new year-round platform of support and mentorship, alongside financial assistance for exceptional early career writers.

All three titles on the shortlist grapple with questions of identity and belonging as their young protagonists navigate the maze of modern-day life. Each of these coming-of-age stories also shares an interest in explorations of class difference, faith versus secular life, and the creation of new forms of family, among other major contemporary themes.

Chairing the panel of judges for 2020 is writer, academic and former Desmond Elliott Prize winner Preti Taneja, who is joined by Chief Lead Writer at The Observer Sonia Sodha and writer Sinéad Gleeson. Collectively the three judges are tasked with finding the novel they believe is most deserving of being designated the best debut novel of the last 12 months.

Of the shortlist, Preti Taneja said: “These three outstanding debuts approach narrative form in very different and exhilarating prose, each mining the possibilities of language to give exceptional voice to unforgettable characters. From Ghanaian story myths to Nigerian patriarchy; from the violence within Cambridge’s ivory towers to the bonds of London’s streets and the longed for liberation of a night out in Manchester’s gay village, each writer pays careful attention to the nuances of speech between people of different generations, cultures and class and succeeds in making worlds we do not want to leave. These novels are striking, intimate studies of bodies in flux and transit through our linked histories; they show us how to seek new families and ways of being whole. They stand as powerful testimonials to individual and collective survival against institutional violence, and the current deprivations of our world.”

The protagonist of Abi Daré’s debut novel, The Girl with the Louding Voice, is 14-year-old Adunni, a Nigerian girl who is relentless in her quest to attain an education, the one thing her mother once told her would give her a voice. As a yielding daughter, a subservient wife, and a powerless servant, Adunni is repeatedly told that she is nothing. But armed with the courage, strength and determination to overcome adversity, Adunni has a plan to escape. About the novel, Preti Taneja said: “The Girl with the Louding Voice is a virtuosic study of female loss, determination, and of the subversive potential of words: it magnificently reveals how language constructs us as humans. With immense skill, Daré creates an irresistible energy and powerfully sustains it on every page.”

In The Private Joys of Nnenna Maloney Okechukwu Nzelu tells the story of a half-Nigerian teenager, Nnenna, living in modern-day Manchester with her mother Joanie. As Nnenna approaches womanhood she begins to question her identity; in particular her feelings about being black and brought up by her white single mother. As Nnenna tries to connect with her Igbo-Nigerian identity, her once close and tender relationship with her mother becomes strained. Preti Taneja said: “The Private Joys of Nnenna Maloney offers the rare gift of writing that is both poignant and very funny. From race to religion to sexuality, nothing is off-limits in this nuanced celebration of contemporary families, told with great compassion and verve.”

Rounding off the shortlist is That Reminds Me by Derek Owusu, a vivid and semi-autobiographical tale of a boy called K, who is fostered as a very young child and grows up in the countryside. At age 11, K is suddenly returned to his birth family and to the very different context of working-class British Ghanaian life in 1990s Tottenham. Preti Taneja said: “The traumatised fragments of That Reminds Me weave myth with taught observation, juxtaposing violent reality and profound love in moving, surprising sentences. A groundbreaking work of sheer grace and raw honesty that demands – and rewards concentration.”

The Early Career Awards portfolio also includes the University of East Anglia (UEA) New Forms Award, worth £4,000, for an innovative and daring new voice in fiction, and the Laura Kinsella Fellowship, also worth £4,000, to recognise an exceptional writer who has experienced limiting circumstances. The shortlistees for the UEA New Forms Award are Taylor Beidler, Michael Salu and James Smart. The shortlistees for the Laura Kinsella Fellowship are Salli Hansell, K Patrick and Michelle Perkins.

Peggy Hughes, Programme Director at the National Centre for Writing, said: “We’re delighted to reveal the shortlisted names for the Desmond Elliott Prize, the Laura Kinsella Fellowship and the UEA New Forms Award: a hugely talented, innovative and exciting set of writers. Alongside our suite of Early Career Awards, thanks to the support of Arts Council England we are creating packages of resources designed to help anybody embarking on the thrilling and consuming act of writing fiction. Advice and camaraderie are priceless and vital to writers on their journey to publication and recognition, and we hope and expect that these resources will help pave the path for future prize-winners.”

The winners of all three awards will be announced on 2nd July, and all will benefit from a tailored programme of support from the National Centre for Writing, supported by Arts Council England. 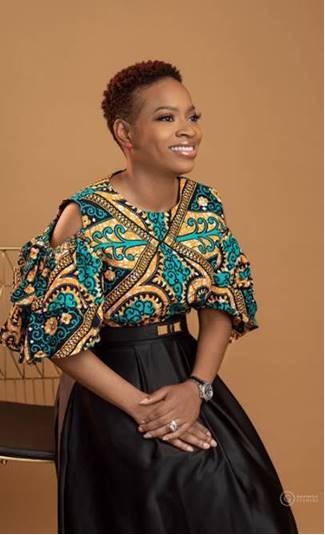