“When I wrote Serpentine, I had no idea that I was going on to write another trilogy, showing Lyra as an adult, but she and her world wouldn’t leave me alone.” – Philip Pullman

Penguin Random House have today, Thursday 9th July 2020, announced that they will be publishing a previously unseen manuscript by Philip Pullman this autumn. Serpentine – a novella set after the events of His Dark Materials but before those of The Secret Commonwealth – was written in 2004, but has remained under wraps until now.

The announcement coincides with the 25th anniversary of Northern Lights, the first volume of Pullman’s ground-breaking, internationally bestselling His Dark Materials trilogy, which was published in 1995.

The standalone short story was written for a charity auction at the request of the National Theatre’s then-director, Nicholas Hytner, during the award-winning stage production of His Dark Materials. The hand-written manuscript and printed typescript were auctioned and bought by Glenn and Phyllida Earle for a substantial sum, with all proceeds going to charity. The book is being published 16 years on, following the publication of The Secret Commonwealth: The Book of Dust Volume Two last autumn, where readers were introduced to an adult Lyra.

Philip Pullman says: “Why are we publishing this story now? Because with the development of The Book of Dust, especially after the events described in The Secret Commonwealth, we can see a change in the way Lyra understands herself, and her relationship with Pantalaimon, which is prefigured in this little Arctic episode. When I wrote Serpentine, I had no idea that I was going on to write another trilogy, showing Lyra as an adult, but she and her world wouldn’t leave me alone. When it comes to human affairs, a billion invisible filaments connect us to our own pasts, as well as to the most remote things we can imagine; and I hope that, above all, these books are about being alive and being human.”

In Serpentine, a teenage Lyra returns to the town of Trollesund, the setting of her first encounter with Iorek Byrneson and Lee Scoresby in Northern Lights. Lyra and Pan are older and a little wiser, and in search of an answer to a shocking, secret condition – their ability to separate – from the witch-consul, Dr Lanselius. What unfolds is a tender, revelatory scene that foreshadows Lyra’s future struggles as a young woman, and provides insight into Pullman’s own early exploration of a previously unthinkable plot development that would emerge in his The Book of Dust sequence: the idea that a human’s bond with their daemon can be irreparably broken.

Serpentine will be published by Penguin Random House Children’s on 15th October 2020 in hardback and ebook edition, with illustrations by Tom Duxbury, alongside an audiobook edition narrated by Academy Award-winning actress Olivia Colman (The Crown, The Favourite, Fleabag).

Northern Lights introduced readers to the parallel world of Lyra Belacqua, the truth-telling alethiometer, the concept of Dust and the idea of dæmons, the animal embodiment of a human’s inner-life and thought. Acclaimed as a modern masterpiece from the beginning, Northern Lights went on to win numerous awards, including the Carnegie of Carnegies, has sold over 2 million copies through BookScan’s Total Consumer Market and has been translated into 45 languages. The book established Pullman as one of the greatest storytellers of our time.

25 years on, Lyra’s story continues to grip the nation. 18 million copies of the His Dark Materials trilogy have sold in over 44 languages, and the BBC/HBO television adaptation of His Dark Materials, with its all-star cast including Dafne Keen, Ruth Wilson, James McAvoy and Lin-Manuel Miranda, was the biggest new British show in over five years on any channel, with initial viewing figures of 7.2 million.

2020 sees an exciting programme of Pullman activity, with the confirmation of Season Two of the His Dark Materials series launching later this year, as well as the publication of three new editions of Pullman titles: The Secret Commonwealth: The Book of Dust Volume Two paperback from David Fickling Books in association with Penguin Random House (17th September), Dæmon Voices paperback from David Fickling Books (1st October) and a fully-illustrated hardback gift edition, Northern Lights: The Illustrated Edition (5th November), from Scholastic. 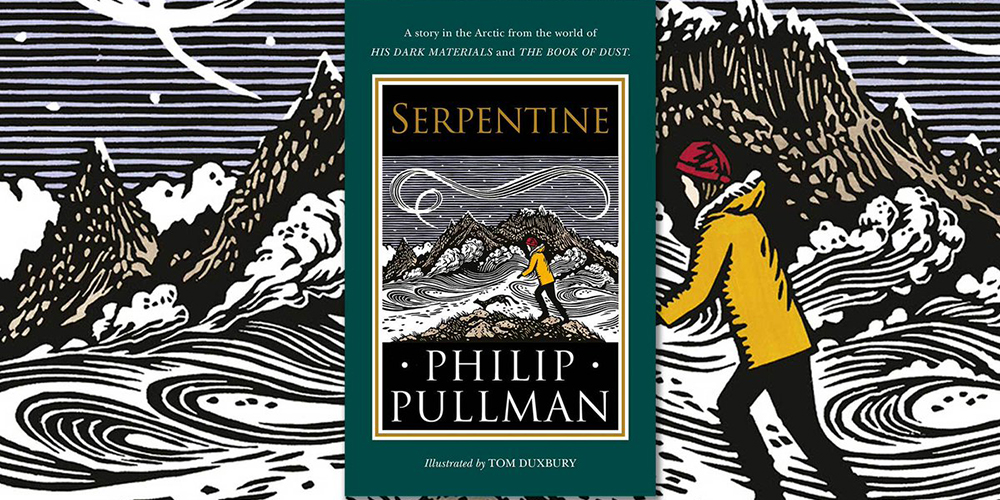