The UK’s oldest and best-loved book awards for children and young people, the prestigious CILIP Carnegie and Kate Greenaway Medals, today announced the longlists for 2021.

The Medals celebrate outstanding achievement in children’s writing and illustration respectively and are unique in being judged by children’s librarians, with the Shadowers’ Choice Award voted for by children and young people. 40 titles have been longlisted for the 2021 Medals (20 on each longlist) selected from a total of 152 nominations, read by an expert volunteer team of 15 children’s and youth librarians from across the UK.

Verse novels and poetry anthologies are well represented this year, with several examining mental well-being and coping with loss, a recurring theme within the longlist. Former winner Elizabeth Acevedo, who became the first writer of colour to win the CILIP Carnegie medal in 2019 with The Poet X, only the second novel written in verse ever to win (the first being Sarah Crossan’s One in 2016), is longlisted for Clap When You Land, about the devastation of loss and the difficulty of forgiveness. Manjeet Mann receives her first longlisting for verse novel Run, Rebel, about a girl who runs in quiet rebellion to escape her claustrophobic home life, alongside first time longlistee Aimee Lucido for In the Key Of Code, which weaves together the beauty of music, coding and language. Poetry collections also feature with Somebody Give This Heart A Pen by Sophia Thakur, exploring issues of identity, difference, perseverance, relationships, fear, loss and joy; and The Girl Who Became A Tree, a story of a girl struggling to make sense of loss; the only book this year to be in the running for both Medals. Performance poet and writer Joseph Coelho is longlisted with illustrator Kate Milner, who is also included on the CILIP Kate Greenaway longlist for illustrating It’s A No-Money Day.

Additional former Carnegie Medal winners returning are: two-time winner Patrick Ness (Monsters Of Men, 2011, and A Monster Calls, 2012) who is longlisted for Burn; and 2017 winner Ruta Sepetys (Salt To The Sea), longlisted for The Fountains Of Silence, a story of identity, love and the hidden violence of silence. Two previous CILIP Kate Greenaway Medal winners are again in the running: 2009 winner Catherine Rayner (Harris Finds His Feet), is longlisted for Arlo The Lion Who Couldn’t Sleep alongside Sydney Smith for Small In The City, following his win in 2018 (Town Is by the Sea).

Debut novels make their mark on the longlist with Katya Balen’s The Space We’re In, a frank and honest exploration of life with a neuro-divergent child; and Danielle Jawando’s, And The Stars Were Burning Brightly, the story of a teenage boy whose world falls apart when his brother takes his own life.

Coping with death is also explored in My Nana’s Garden, illustrated by Jessica Courtney-Tickle, a rhyming text story about learning to deal with grief; and Tibble And Grandpa, illustrated by Daniel Egneus, about a grieving grandparent hiding away in his garden. Illustrator Eva Eland also examines handling difficult emotions in Where Happiness Begins, receiving a consecutive Kate Greenaway longlisting (When Sadness Comes To Call, 2020).

Girls’ voices are loud in this year’s list with young adult narratives driven by female perspectives in Beverly, Right Here, the conclusion of author Kate DiCamillo’s sequence of novels about the beloved Three Rancheros; Furious Thing, written by Jenny Downham, explores the ways a girl’s sense of self can be whittled away and what might happen when she fights back; and I Go Quiet, illustrated by David Ouimet, covers the themes of introversion, finding your voice, and the enduring strength of hope.

Curiosity and the joy of discovery feature in several longlistings including: Just Because, illustrated by Isabelle Arsenault, observes the innocent magic of an inquisitive child’s mind; Look Both Ways, written by Jason Reynolds, is ten intertwining stories about the unsupervised independence of the walk home from school; and The Misadventures Of Frederick, illustrated by Emma Chichester Clark, is a playful tale about making friends and having adventures outside together.

Myths, legends, magic and folk tales loom large in the pages of several titles across both the Carnegie and Kate Greenaway lists this year including: The Girl Who Speaks Bear, a magical folk tale from author Sophie Anderson; The Deathless Girls, the untold story of the brides of Dracula, written by Kiran Millwood Hargrave; Deeplight from author Frances Hardinge, about a friendship as deep as the waters concealing relics of undersea gods; The Fate Of Fausto, a modern-day fable about a man who believed he owned everything, illustrated by Oliver Jeffers; Starbird, illustrated by Sharon King-Chai, a story of freedom and love about the Moon King and a legendary gift to mark his daughter’s birth; How The Stars Came To Be, a folk tale articulating a magical understanding of the night sky,  from illustrator Poonam Mistry with her third consecutive longlisting (You’re Safe With Me, 2019 and You’re Snug With Me, 2020); and an ancient Irish legend is rewoven in On Midnight Beach, written by Marie-Louise Fitzpatrick.

A variety of historical time periods are reflected in the longlists with The Short Knife, by Elen Caldecott, exploring Saxon Britain and the evolution of its languages; The Wind In The Wall, illustrated by Rovina Cai and set in eighteenth century England against a backdrop of a stately home; The Bird Within Me, illustrated by Sara Lundberg, about a young girl growing up in the Swedish countryside at the beginning of the twentieth century; Echo Mountain, written by Lauren Wolk, is set in 1933 and tells the story of a family who flee to a mysterious mountain to start a new life after they lose everything; and After The War, written by Tom Palmer, a moving war-time novel inspired by the true story of the Windermere Boys.

First time longlistees include illustrator Richard Jones for The Child Of Dreams, about a little girl who wants to know where she came from and why she doesn’t have a father; illustrator David Litchfield for Lights On Cotton Rock, about a little girl who wants to go to Outer Space; Hike, illustrated by Pete Oswald, is an appreciation of the wonders of the wilderness and the importance of sustainability; Hidden Planet, by illustrator Ben Rothery, reveals the secrets of the animals across our planet; Dandelion’s Dream, illustrated by Yoko Tanaka, tells the story of a flower that blooms into a real lion who can explore the world without roots; and writer Akwaeke Emezi for Pet, a monster tale set in a future where evil is said to have been eradicated.

“The talent and imagination on display across 2021’s longlist is truly inspiring. The variety of stories, the creativity in how those stories have been lovingly crafted, and the relatability of the characters and their experiences has been a joy for all the judges to behold. The Awards’ mission is to empower the next generation to shape a better world through books and reading, which is undoubtedly what this longlist helps to achieve, inviting children stuck indoors during lockdown to open the door to a myriad of fun and exciting places and be transported. Congratulations to all the authors and illustrators for their exceptional and transformative work.”

The shortlists for both the CILIP Carnegie and Kate Greenaway Medals 2021 will be announced on Thursday 18th March 2021, with the winners announced on Wednesday 16th June 2021. Covid-19 guidelines permitting a socially distanced special daytime event will be held at The British Library and live-streamed online.

The winners will each receive £500 worth of books to donate to their local library, a specially commissioned golden medal and a £5,000 Colin Mears Award cash prize.

Now in its third year, the Shadowers’ Choice Award – voted for and awarded by the children and young people who shadow the Medals – will be announced alongside the two Medal winners in June 2021. This award has evolved out of CILIP’s Diversity Review, which identified opportunities to empower and celebrate the young people involved in the Medals through the shadowing scheme.

The 2021 CILIP Carnegie and Kate Greenaway Medals are sponsored by Peters and ALCS, and funded by Carnegie UK Trust. 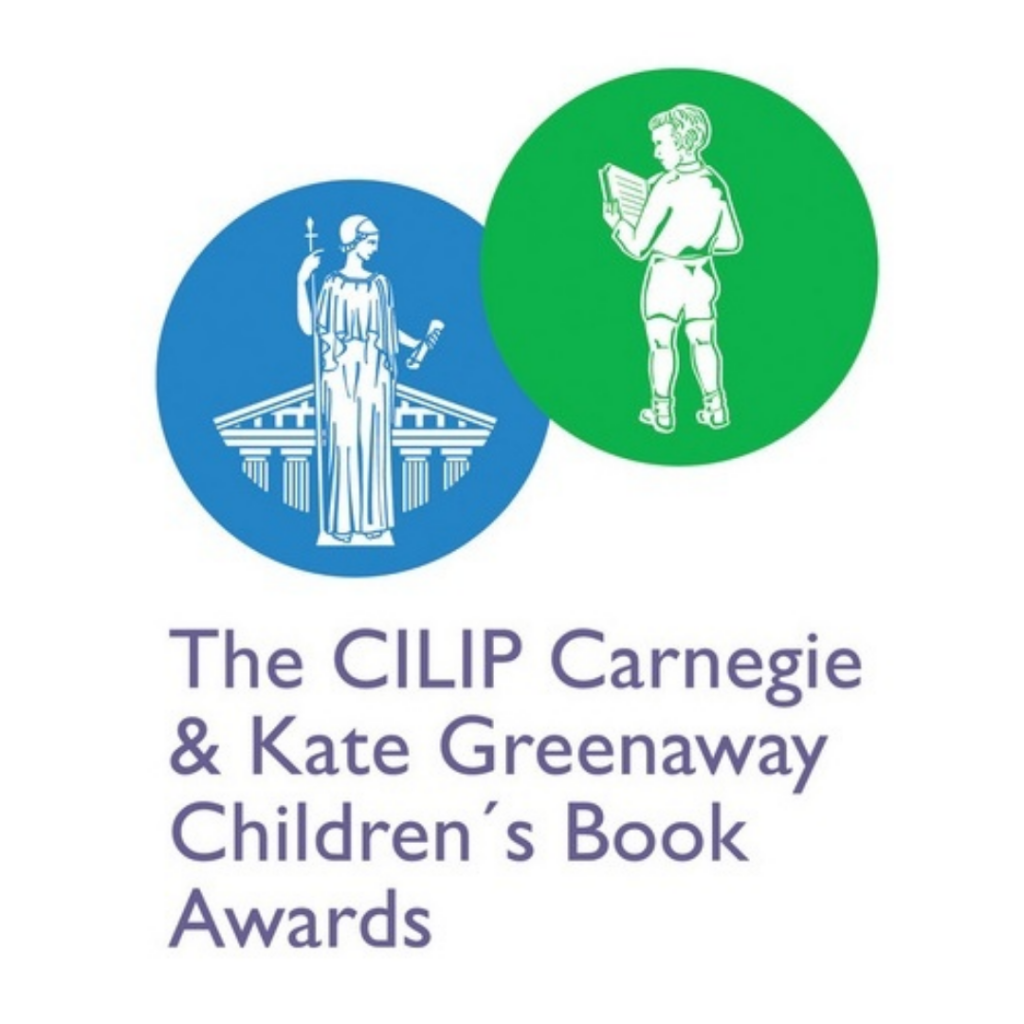