This post is taken from our latest issue of The Riot Culture Drop. Sign up for further newsletters below.

For many of us in the queer community, LGBT+ History Month is a chance to remember our pioneers, but also a moment to promote a more inclusive society where the varied spectrum of sexuality and gender is celebrated.

With queer visibility in culture at an all-time high, it’s easy to forget that reported levels of homophobic hate crime are up by 160% over the last 5 years (while Stonewall reports that 81% of homophobic attacks are not reported to the police at all). And following years of children growing up hearing nothing positive about LGBTQ+ people thanks to Section 28, it has taken over three decades for it to finally be compulsory for schools to teach pupils about sexual orientation, gender identity, and different families (since September 2020).

Growing up queer under Section 28 was grim, believe me. So cultural visibility provided a much needed lifeline. Not all portrayals were positive – queer serial killers, crazy lesbians and deceitful trans characters were rife in the 90s – but there were some shining examples in books, TV and films, which for many of us were important markers of our existence: storylines on Brookside and EastEnders, Russell T Davies’ ground-breaking Queer As Folk, Hanif Kureishi’s My Beautiful Laundrette (a rare intersectional experience), authors like Jeanette Winterson, and characters such as Ellen, Rickie in My So-Called Life and hell, even Susan and Carol on Friends!

Cultural representation of the LGBTQ+ community has come a long way since then, and TV for adults currently leads the way. But the disconnect between the screen and the street remains, and as queerness becomes increasingly marketable, who profits tells a very different story (clue: it’s rarely someone who is actually LGBTQ+).

For this issue of The Riot Culture Drop, we’ve chosen to share a handful of our favourite and more recent examples of queer culture – no doubt some of these are a ray of light for somebody, somewhere. 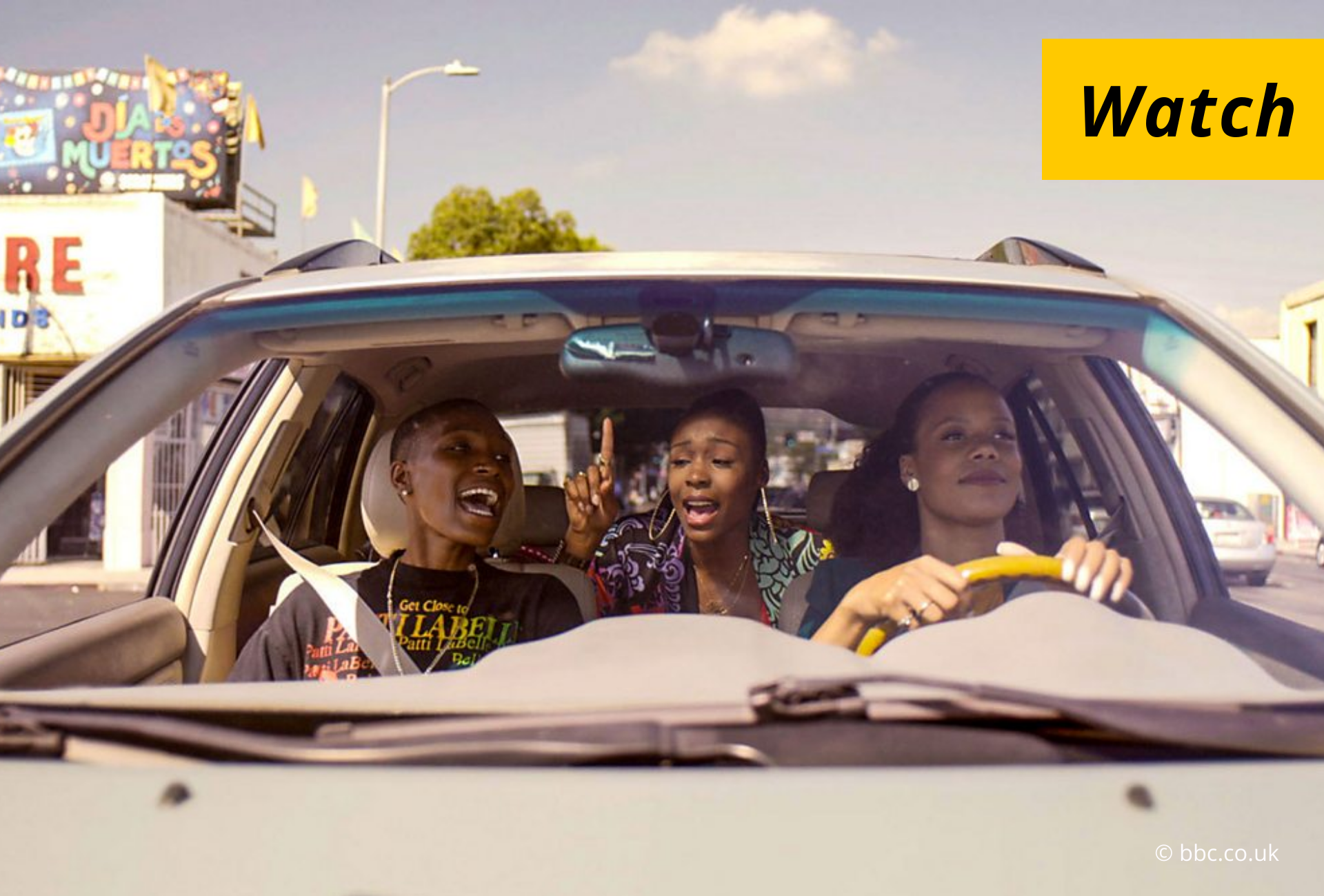 “We should support good sh*t that just happens to be black”, says lead character Hattie, who just happens to be queer. Rising star Lena Waithe (Master of None, The Chi, Queen & Slim) delivers the fresh comedy drama Twenties (BBC iPlayer) about a trio of female friends trying to make it in Hollywood.

HIV test requests hit a record high after It’s A Sin aired (Channel 4 / All 4), demonstrating the real world impact of culture and entertainment. It’s Channel 4’s most watched drama ever – if you haven’t tuned in yet, where have you been?

Set in the 1980s, Angels in America follows a group of New Yorkers dealing with their tumultuous lives in the midst of the AIDS crisis and the Reagan administration. The multi-award-winning production with a star-studded cast, including Andrew Garfield and Russell Tovey, was a hot ticket at the time and thankfully has recently been added to the National Theatre at Home streaming service.

“I’m passionate about lending my voice to women, especially women who look like me and never saw themselves, and never saw lesbians on TV in a healthy, out relationship” – Black Lightning star Nafessa Williams discusses what it means to play Thunder, a superhero who is so unapologetic about her queerness, her Blackness and her power.

Diva Magazine has just launched its own book club to celebrate literature by LGBTQ+ authors, which also aims to bring the community closer together over lockdown. The first book is Lullaby Beach by Stella Duffy, who will be speaking live online on 3rd March.

McSweeney’s 62: The Queer Fiction Issue is the latest edition of the renowned literary magazine, featuring a collection of absurd, bold, bleak, humorous and astonishing works of fiction and art by queer writers of all orientations. Contributors include Kristen Arnett and Bryan Washington. It’s also a beautiful object in its own right.

Queer Intentions: A (Personal) Journey Through LGBTQ+ Culture poses and answers questions about what it means to be queer right now. Amelia Abraham mixes honesty with comedy as she shares her own lived experiences, taking us from her crying at the first same-sex marriage in Britain, to parties in the clubs of Turkey’s underground LGBTQ+ scene.

Based on the website QueerBible.com founded by model and activist Jack Guinness, The Queer Bible is a collection of essays written by queer icons including Elton John, Tan France and Lady Phyll about the queer trailblazers throughout history who inspired them. This will be essential reading when it’s published this June. Pre-order now.

The Argonauts by Maggie Nelson is a book about love, queer families, crossing boundaries, and changing bodies: while Nelson’s changes through pregnancy, her partner (the artist Harry Dodge) starts injecting testosterone and has top surgery. Nelson combines cultural criticism with the deeply personal, using each to illuminate the other, with breathtaking effect. 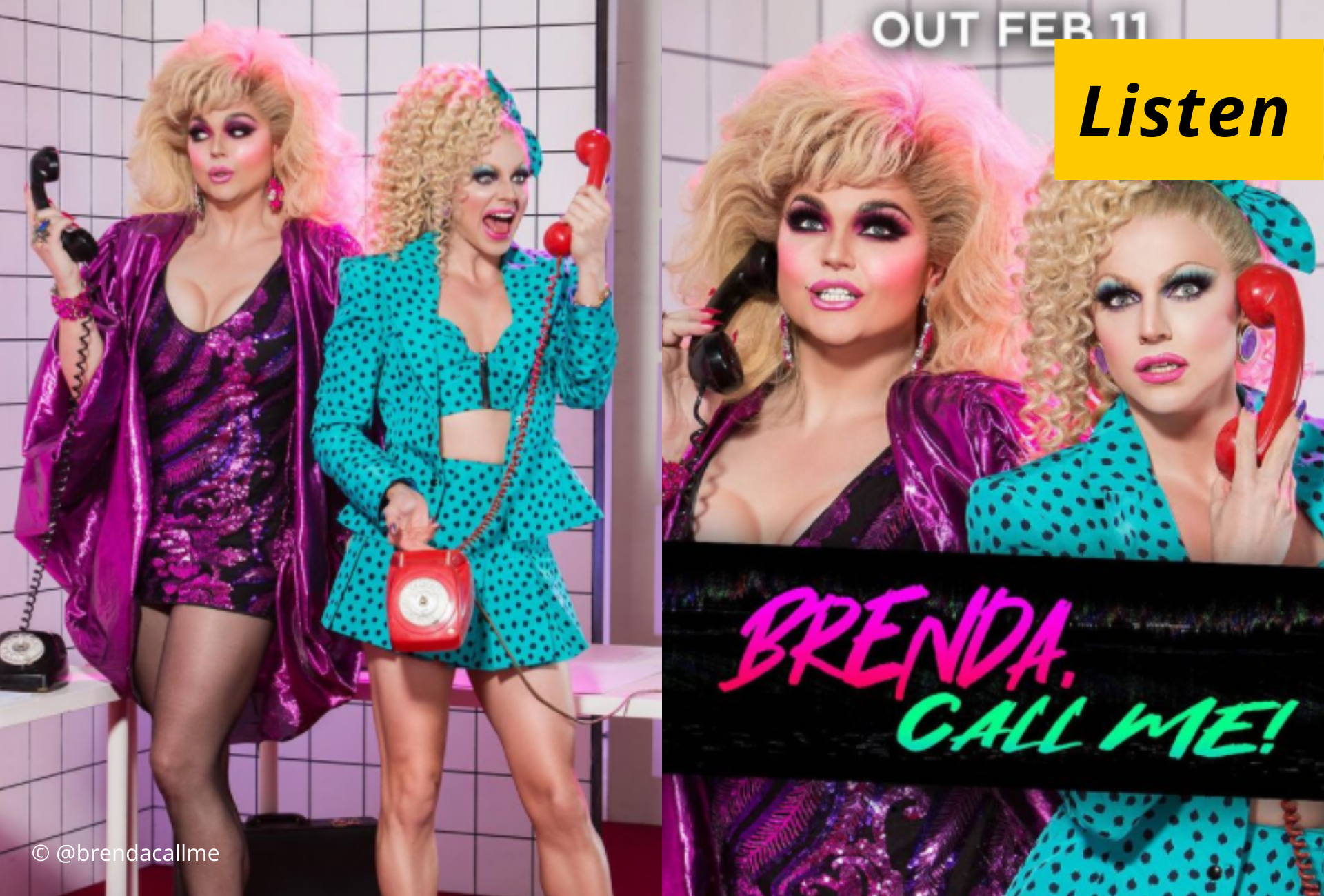 Grab your tissues for the beautifully produced The Log Books – a glimpse into the past of queer life in Britain. Using real calls and an incredible archive of history from the LGBT+ Switchboard, each episode of this podcast centres around logbook entries made by the volunteers who staffed the phones from Switchboard’s first day.

Transgender politics has rarely been out of the news over the past few years, though often it’s not members of the trans community who get to tell the story. Trans Creative was launched in 2017 by Artistic Director Kate O’Donnell as a response to that – a platform to give the trans community a space to “tell our own stories”. This organisation is going from strength to strength and one to watch.

Lastly, our client Bishopsgate Institute houses the biggest LGBTQ+ archive in the country and we have been in awe of the thousands of gems they hold, including the Robert Workman Archive; a collection of over 50,000 photos from the gay scene during the 1970s and 1980s. These images taken at Porchester Hall, West London, document a thriving London ballroom scene. 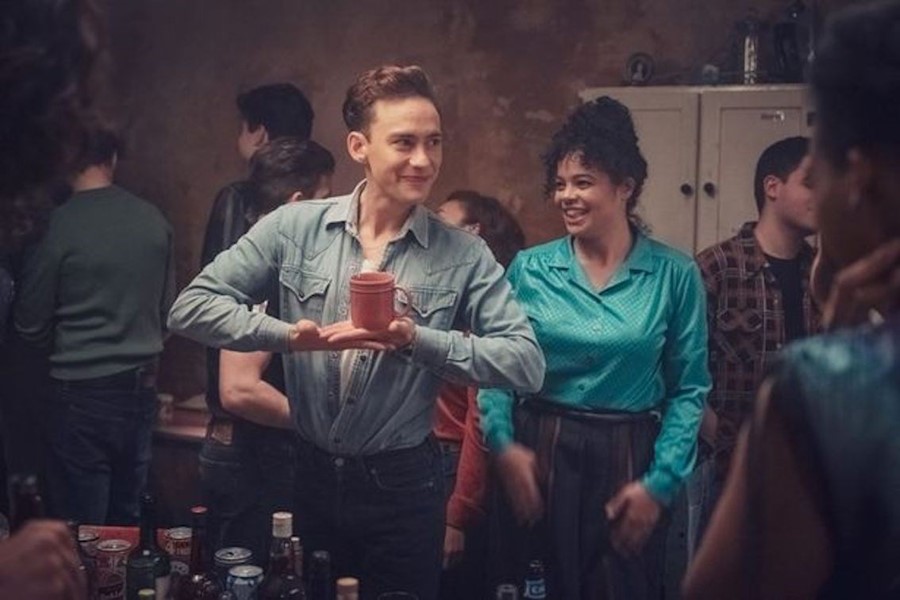 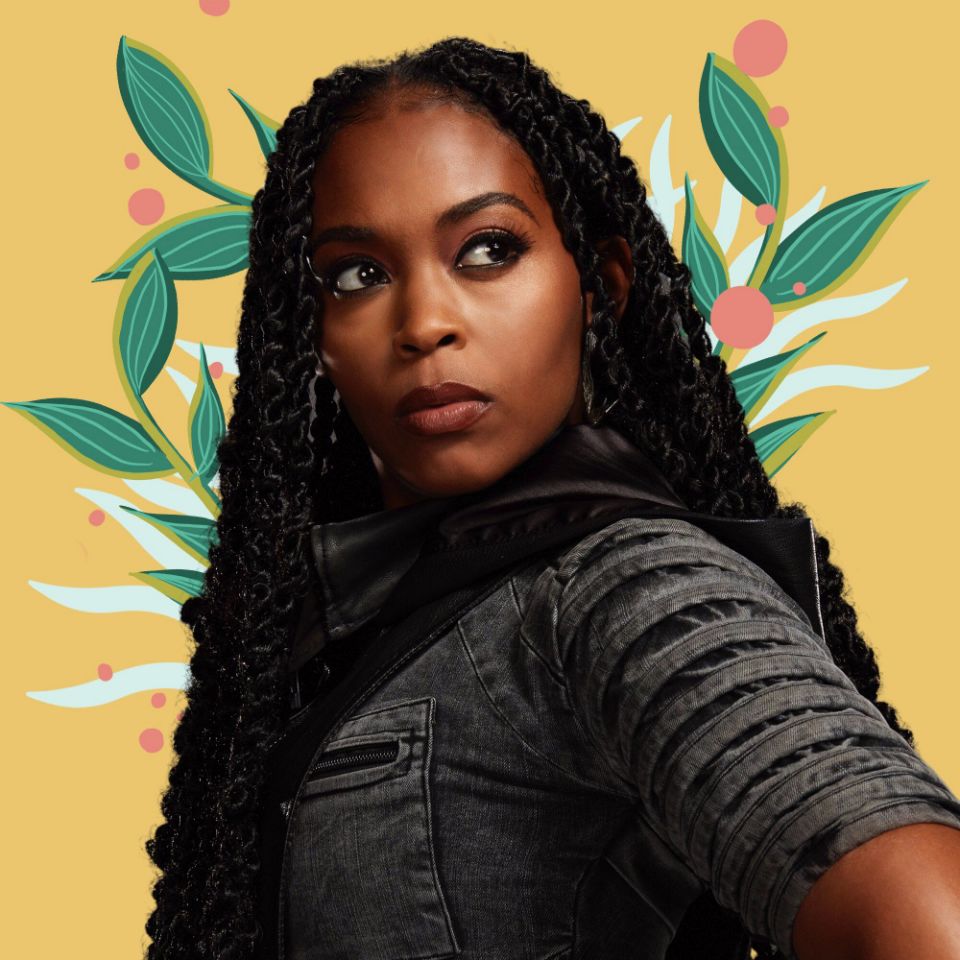 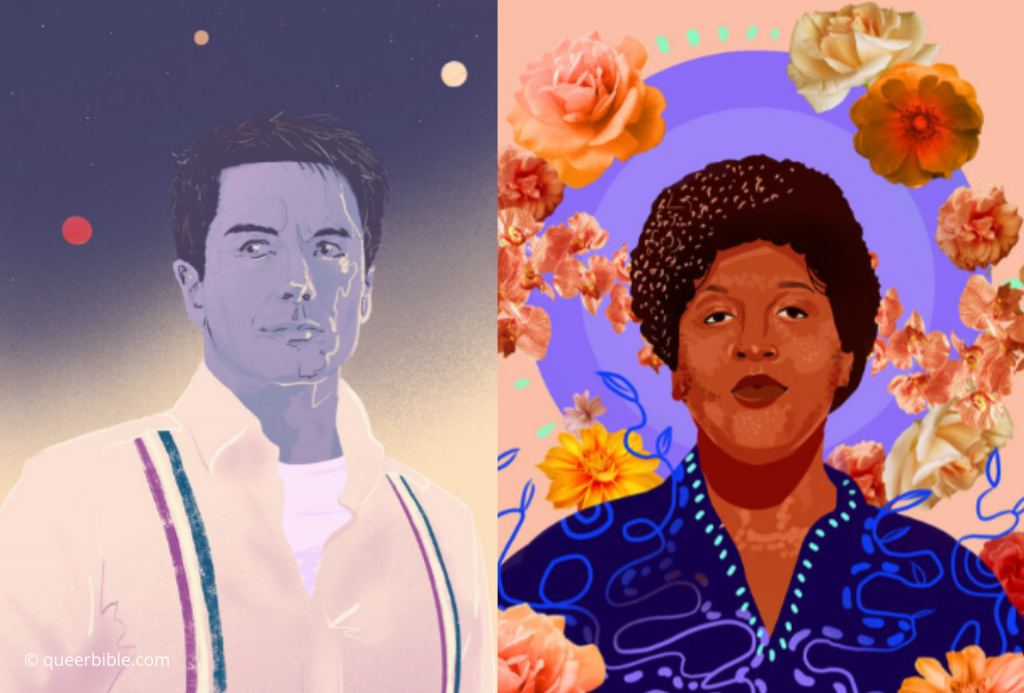 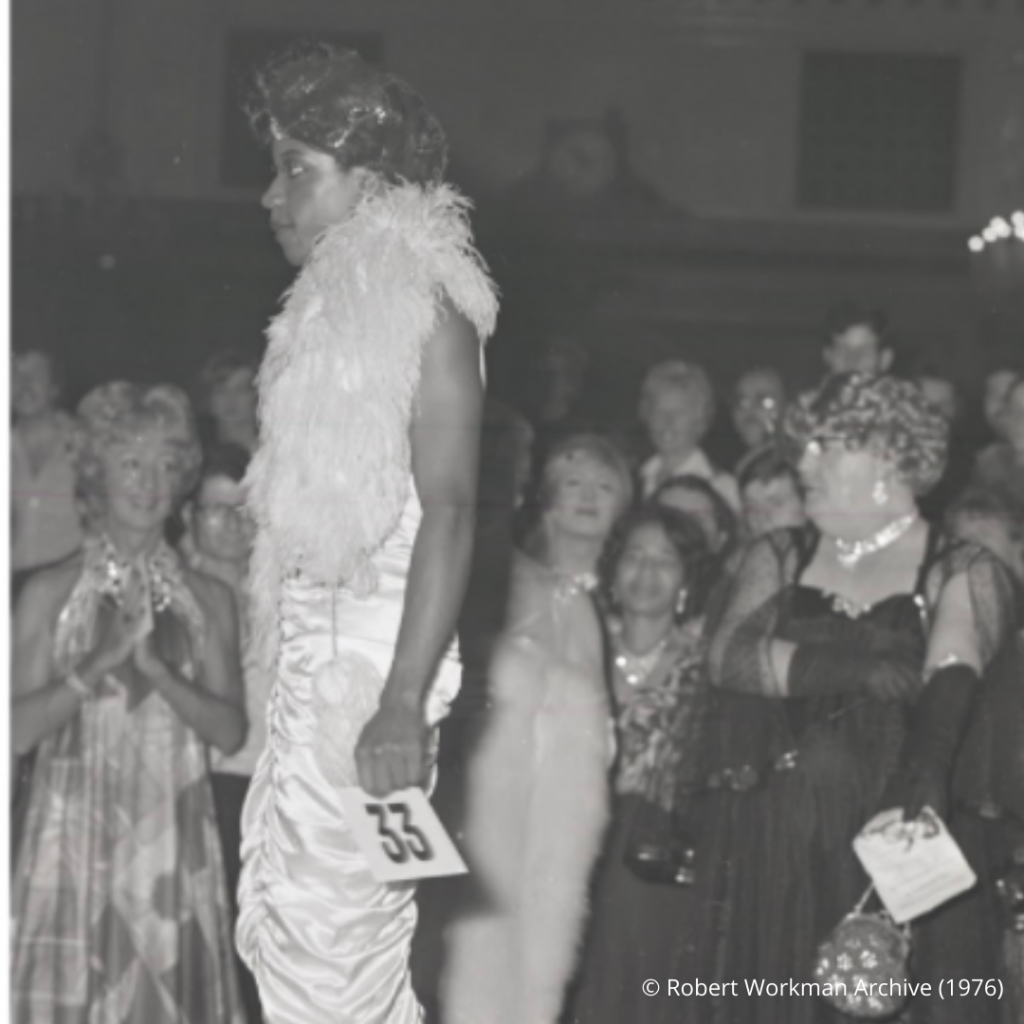