The winners of this year’s CILIP Carnegie and Kate Greenaway Medals, the UK’s oldest and best-loved book awards for children and young people, were revealed today. Both winning books were announced at a virtual, daytime event, hosted by University Challenge Star and author Bobby Seagull and livestreamed from The British Library.

The Medals celebrate outstanding achievement in children’s writing and illustration respectively and are unique in being judged by librarians. Both winning books explore urban landscapes through a child’s eyes, with Chair of Judges Ellen Krajewski describing them as ‘compelling stories told from a child’s viewpoint that deliver a powerful emotional punch.’

This is the first Carnegie Medal win for US poet and author Jason Reynolds – who is the US National Ambassador for Young People’s Literature – following a shortlisting in 2019 for Long Way Down. Look Both Ways (Knights Of) is a collection of 10 standalone but intertwined, interconnecting stories chronicling the 15 minutes of unsupervised independence of the walk home from school. The judges called it a “breathtakingly gripping”, “innocent tale which covers hard hitting issues including bullying, homophobia and bereavement” that “challenges the reader to see differently in an engaging and fresh way.”

This is the second Kate Greenaway Medal win for Canadian author and illustrator Sydney Smith following the success of Town is by the Sea in 2018. Small in the City (Walker Books) depicts claustrophobic and overwhelming urban streets from a child’s viewpoint. The judges called it an “evocative and immersive book” that is “understated whilst also managing to build to a moving emotional end with the themes of being lost, alone, and overlooked, taking on a much wider resonance.”

Both winning books are published by independent publishers. Look Both Ways delivers the first win for Knights Of, in its first year to have a longlisted title; Small in the City is the 16th win for Walker Books (4 Carnegie Medals and 12 Kate Greenaway Medals), which had nine books featured in this year’s longlist. Independent publishers had a strong showing on this year’s longlist, with 29 of the 40 books coming from independent presses.

“This year’s Carnegie and Kate Greenaway Medal winners are compelling stories told from a child’s viewpoint that deliver a powerful emotional punch. Look Both Ways is a breathtakingly gripping collection of intertwined stories brimming with humour, empathy, and humanity. Each story has its own heart with deft characterisation and narrative voices that feel child-like and completely real and recognisable making it identifiable for children and adults alike. It’s such an innocent tale which covers hard hitting issues including bullying, homophobia and bereavement. The title sums up the way it challenges the reader to see differently in an engaging and fresh way.

“Small in the City is an evocative and immersive book which tells quite an ordinary story in such an extraordinary way that it surprises you. It conveys just how it feels to be small in an over-powering city. It’s understated whilst also managing to build to a moving emotional end with the themes of being lost, alone, and overlooked, taking on a much wider resonance. It’s a striking and atmospheric example of artistic storytelling skills which is almost cinematic in its depiction of a child’s view of an imposing urban landscape.

“Congratulations to our 2021 Medal winners, to independent publishers Knights Of and Walker Books, to our Shadowers’ Choice winners, it’s such a wonderfully diverse range of stories and always exciting to see how engaged children and young people are in voting for their favourites. A huge thank you to those voters and to all the children, librarians and teachers who participated this year without whom the Medals would not be possible.”

“In Look Both Ways I wanted to explore who it is that children are when the watchful eye of adults aren’t around. So often, children’s literature takes place either at school or at home but there’s an in-between that is the journey home. And even though they all sit in the classroom together, when that bell rings they go separate ways and go through separate things, as we all go through separate journeys in life, that influence and impact who it is that we are when we show up the following day. But the miracle of life is the idea that if we were to trust this process, believe in the power of humanity and speak to one another, no matter who you are or where you are from, all over the world there is a good chance that if we speak to each other long enough, we will probably have someone in common and that’s important, because it’s really difficult to hate someone when the two of you love the same person.

“That’s what this book is really about. It’s an examination of autonomy, it’s this idea that every child has a different journey and it’s all about the fact that despite those journeys we are all interconnected. One people. One race. Having similar experiences and yet different experience altogether.”

“We are living in a moment in history that requires us to keep at a safe distance from one another. Around the world we are self-isolating, social distancing, quarantining, and taking measures to ensure that we will get through this. It is a difficult journey, but we are on this journey together though it requires many of us to be alone or separated from friends and loved ones. It is during this time that these stories we share are more important than ever. They reach past the necessary barriers we may have in place and offer a connection. Our stories have the power to reach out to all ages and keep us grounded and connected to one another; or to provide a magical escape, or a cathartic laugh. Like a friend keeping in touch, stories offer the necessary sentiment: You are not alone. You will be alright. Small in the City is a story of a child’s journey through an urban landscape, and an emotional journey, processing the loss of a friend.

“This book does not have an easy ending, but it does end with a hug as does any journey worth taking. I believe that will be one of the most beautiful rewards at the end of our difficult journey. The promise of reuniting with a friend and having a laugh or sharing a hug with a loved one. All with the knowledge that we got through this together. And that it was well worth it.”

The winning books were chosen by an expert volunteer team of 15 librarians reading a total of 152 nominations. The winners will each receive £500 worth of books to donate to a library of their choice, a specially commissioned golden medal and a £5,000 Colin Mears Award cash prize. 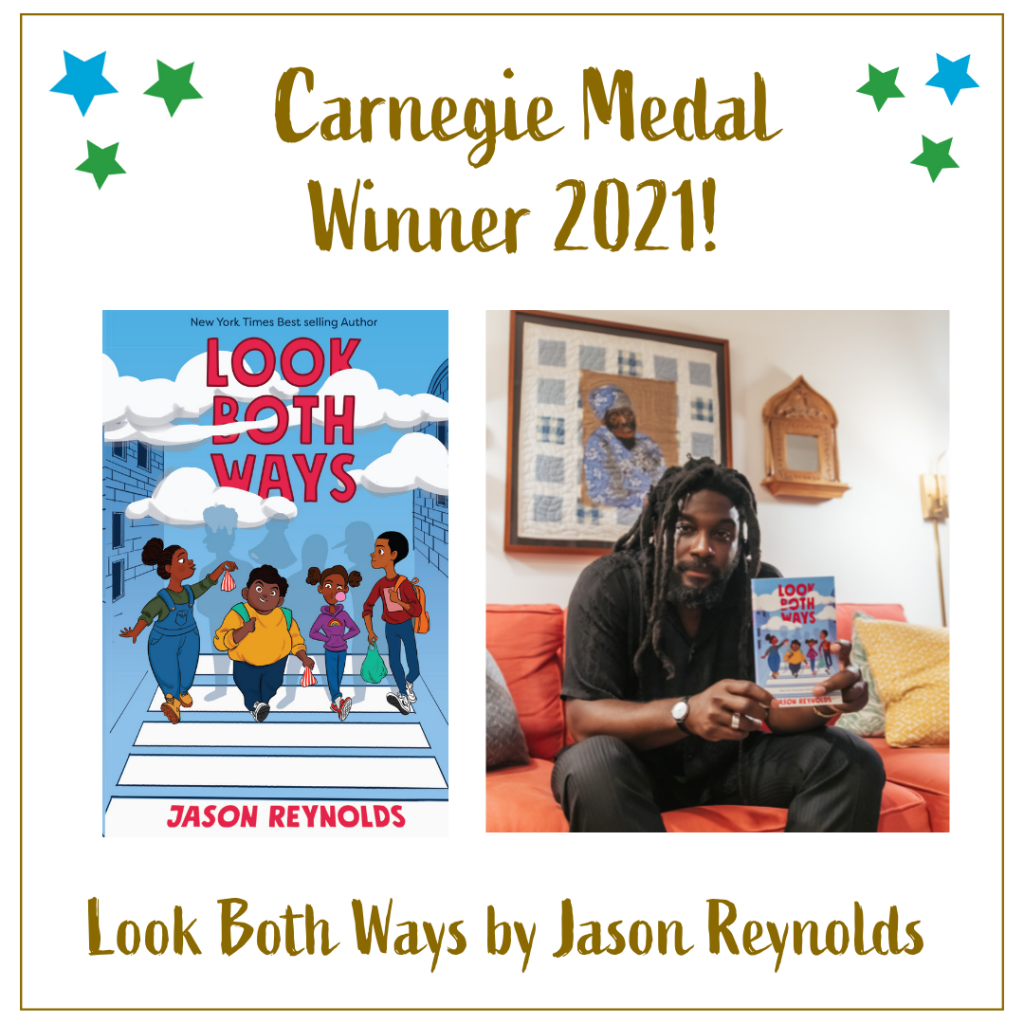 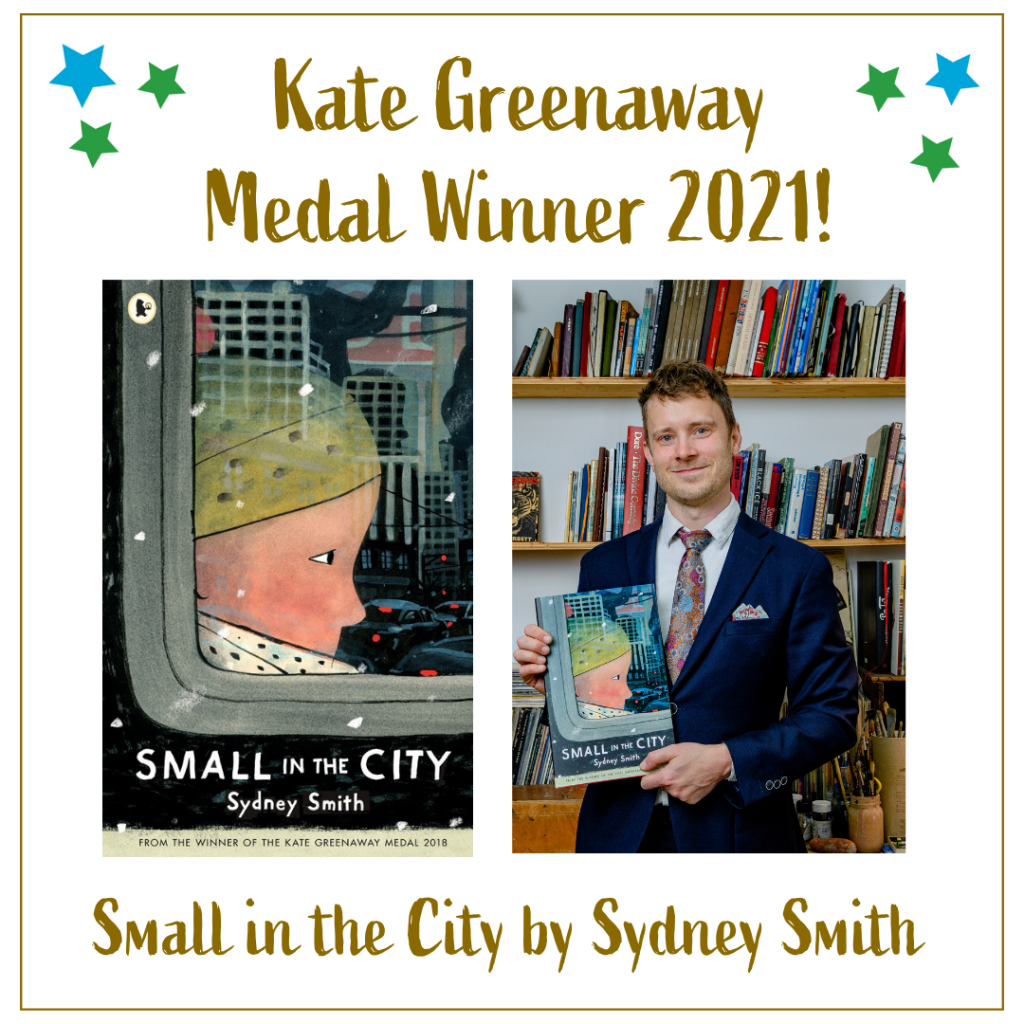 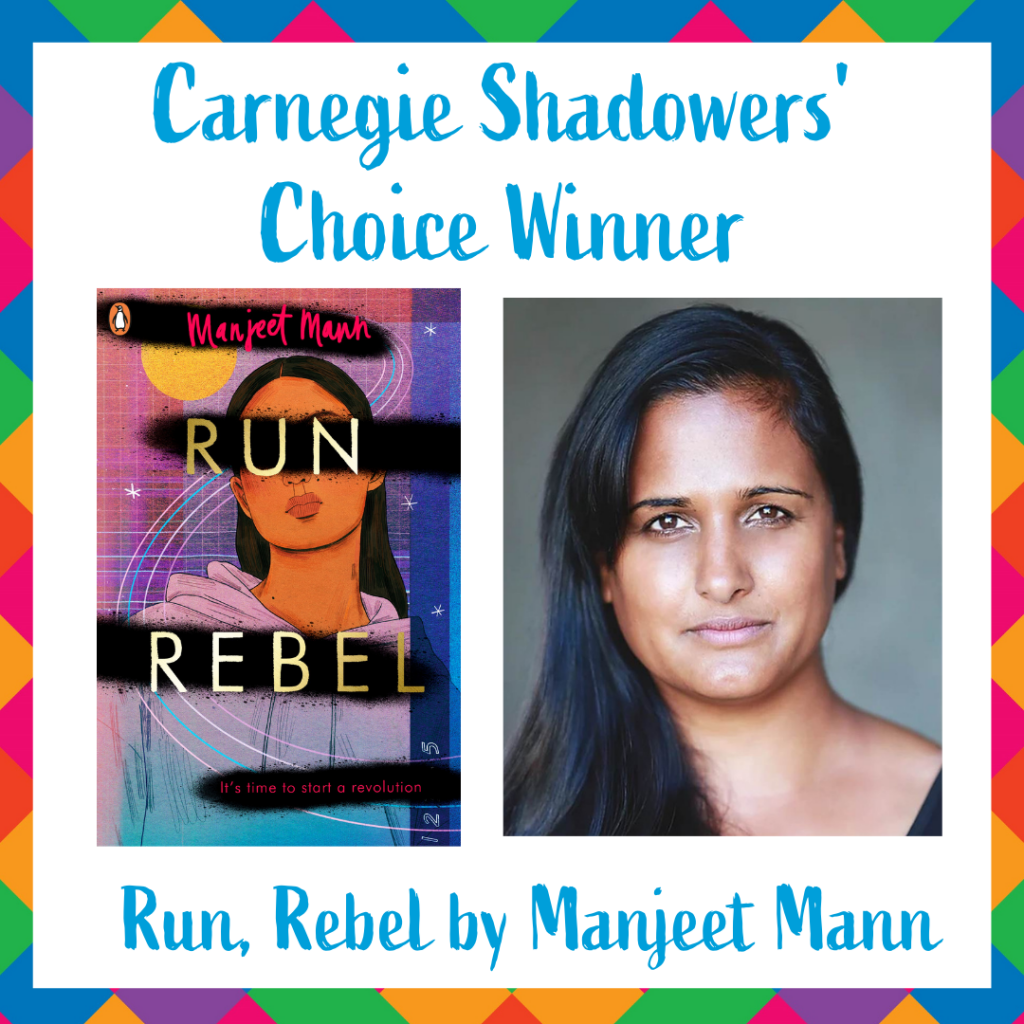 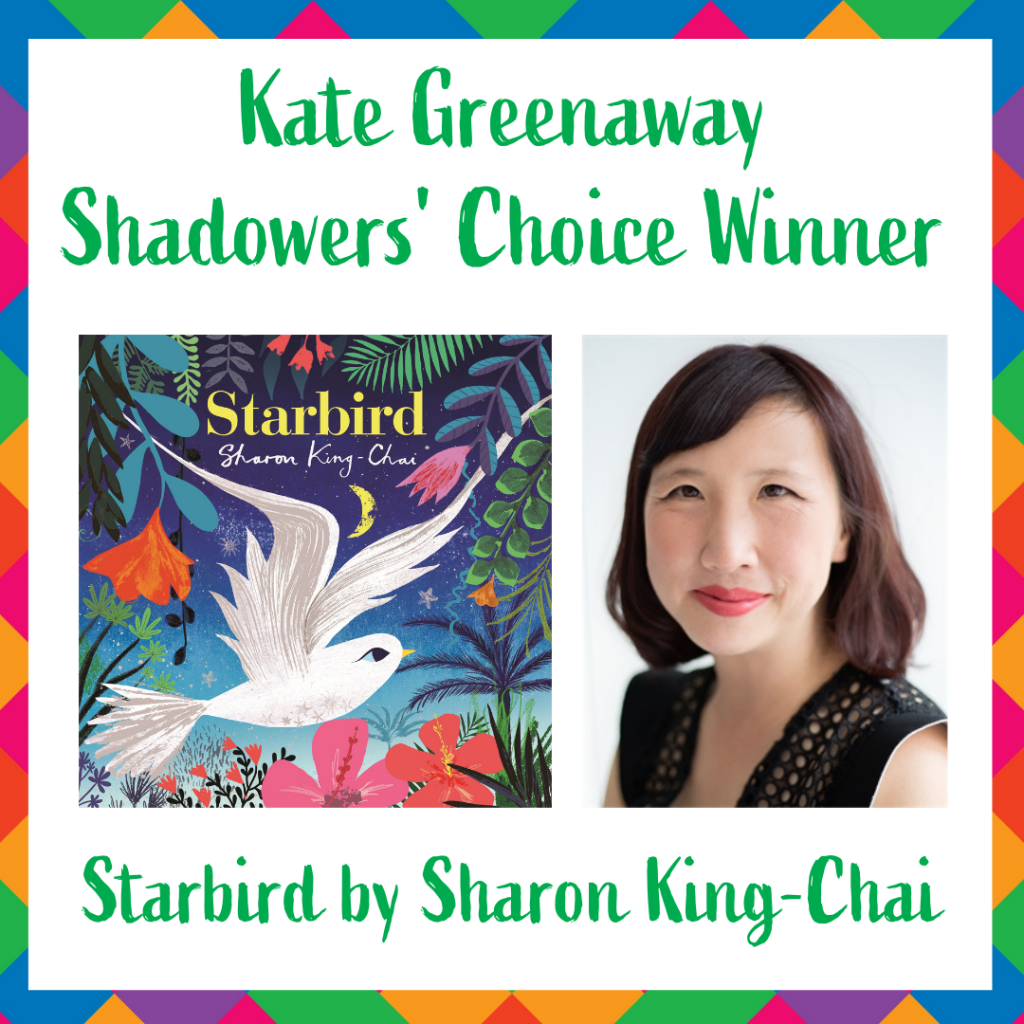