22 June 2021 is the fourth national Windrush Day, and 73 years since the SS Empire Windrush arrived at Tilbury Docks in Essex in 1948, carrying the first Caribbean migrants to the UK. They were invited to help re-build Britain after the Second World War.

As a daughter of the Windrush Generation – those who came from the Caribbean between 1948 and 1971 – Windrush Day for me is an opportunity to celebrate the legacy of my parents and others who emigrated from the Caribbean, specifically the contributions they have made, and continue to make, to British society.  The day is an opportunity to remember their struggles and achievements to make a better life for future generations like me, and to share this uniquely British history with others.

Hailing from Grenada, my mother, Joan Andall (formerly Harry-Marcelle) arrived in the English port of Southampton, on 1 September 1960 as part of the Windrush Generation, aged 21. Here I share her experiences of immigrating to the UK.

What were the circumstances of you coming to England?

Laughing, Joan says: I never wanted to come to England! I had turned down two previous offers, then my mother sent me to England to stop me from marrying my 9-month-old son’s dad, Michael Harry.

I travelled on the Ascania Cruise Ship in July 1960. I spent most of the journey in the sick bay, with sea sickness. I had never been on a ship like that before it had everything, like cruise ships today. I made friends with a couple from Grenville, Grenada. They looked after me throughout the journey and we became life-long friends. We had fun chatting and dancing in the cabin.

The ship stopped at several Caribbean islands. There were lots of Jamaicans on the ship, they were fun, confident characters.

Curaçao was the first place I disembarked, it was a beautiful island and I saw people I knew from Grenada.

What were your first impressions of England?

The weather was good at Southampton. I didn’t feel the cold until weeks later and then I began dressing with my baby doll underneath my dresses!

Social workers made sure we had the right addresses and our luggage was transferred to the London train. I kept asking, where is the train? It was right in front of us; I had never seen a train before!

At Waterloo Station, I was met by my sister and brother-in-law, on his motor bike and I rode pillion to 3 Harts Lane, New Cross Gate, my first home in London.

There were six rooms rented in the house, with shared bathroom and kitchen. I had a room, costing £4.00 a week, with extra for utilities and an extra shilling depending on how long we needed gas to cook.

What was your first job in London?

Finding work was easy, people would walk in and out of jobs. I arrived on a Thursday, went to the Labour Exchange on Friday and started work Monday.

My first job was at Fields of the Old Kent Road; a cereal factory where I packed tiny boxes of raisins. Then I was accepted to train as a nurse at Ladywell Hospital. I happily looked after soldiers, geriatrics and other adults. The hospital was clean, organised and I had good colleagues from Europe and the Caribbean. The Matron used to tell the other nurses ‘‘… ask Marcelle to teach you how to put the pillow cases on.’’

Michael followed me to England in 1961 and we married. He started work in London as a bus conductor and we began planning our future. I became ill with an ectopic pregnancy and left nursing; on recovery I took a higher paid job in a coat factory in Aldgate East. My boss gave me a lot of flexibility, which I loved.

How did you come to buy your first house?

Michael and I moved with the couple I had met on the ship. We bought our first house together and rented rooms out, until both couples were making enough to buy houses separately on the same road. Michael and I continued to rent rooms to others, as our family grew to five children; he moved to work for the Post Office, then finally opened his own business in a local office.

What did you think of UK schools?

My second child went to a good, private nursery. I taught my other children to read before primary school. The teachers were very welcoming and I took part in school trips, parent and cheese and wine evenings. The secondary schools brought some issues of discrimination, around low expectations and excessive discipline, but I soon confronted these.

Was life in Grenada very different?

Strangers would greet each other freely in Grenada; here people thought we were mad if we did that. Some English people moved away from us and were particular about mixing with us.

The supermarkets had different things, but no basics, like onion, garlic or chicken. We had to search for the few ethnic or West Indian shops. In Peckham we shopped at John Lewis, Sainsbury’s and the market, which had Bingo!

What was your last job before you retired?

After a period doing other jobs, I went back to the job I had always wanted, nursing. I worked at St. Lawrence’s Hospital in Caterham and retired from there after thirteen years of service.

What have you and others in the Windrush Generation contributed to British society?

We contributed to the environment, improving our houses and creating work. We worked hard in the Civil Service, NHS, General Post Office, London Transport Service and many other industries and professions. When the indigenous people saw how much effort we put into our work, we began to earn respect and were no longer seen as being from ‘the wilds’. We helped in the war and went on to help rebuilding this country.

What are the main changes you have noted in the UK since the 1960s?

There has been some integration and we have gained a lot of understanding from each other.

Croydon was like a village, but it was busy and developing. We were able to get a foundation and educate ourselves; I went back to nursing, to lift myself up and help people. Things appear to have gone backward in some ways, like a shortage of decent jobs and increases in the cost of education.

Do you believe it was a good thing that the Windrush Generation came to the UK?

Yes! It was wonderful that we came here. I became a woman in England. We had children and benefited from, as well as contributed to society here. Many of us have spent more of our lives, living and working in this country than where we were born.

What could younger people of today take from your experience?

Young people should have an organisation, where they discuss history and politics. I would like my generation to hand down our experiences, so younger people benefit. Knowledge is power, so they need to read. I thank God for the knowledge and wisdom he has given me. My strongest belief is ‘‘Forward ever, backward never.’’

Deborah Klass is Finance and Operations Manager at Riot. She is a trustee of The Windrush Generation Legacy Association, an organisation which aims to celebrate and share knowledge of the contributions of the Windrush Generation with young people, through exhibitions, seminars, and events. An exhibition of photos and stories can be visited at their new location, 1036-1037, the Whitgift Centre, Croydon, from 2 August 2021. Contact info@thewindrushgla.co.uk, 020 3772 4545. 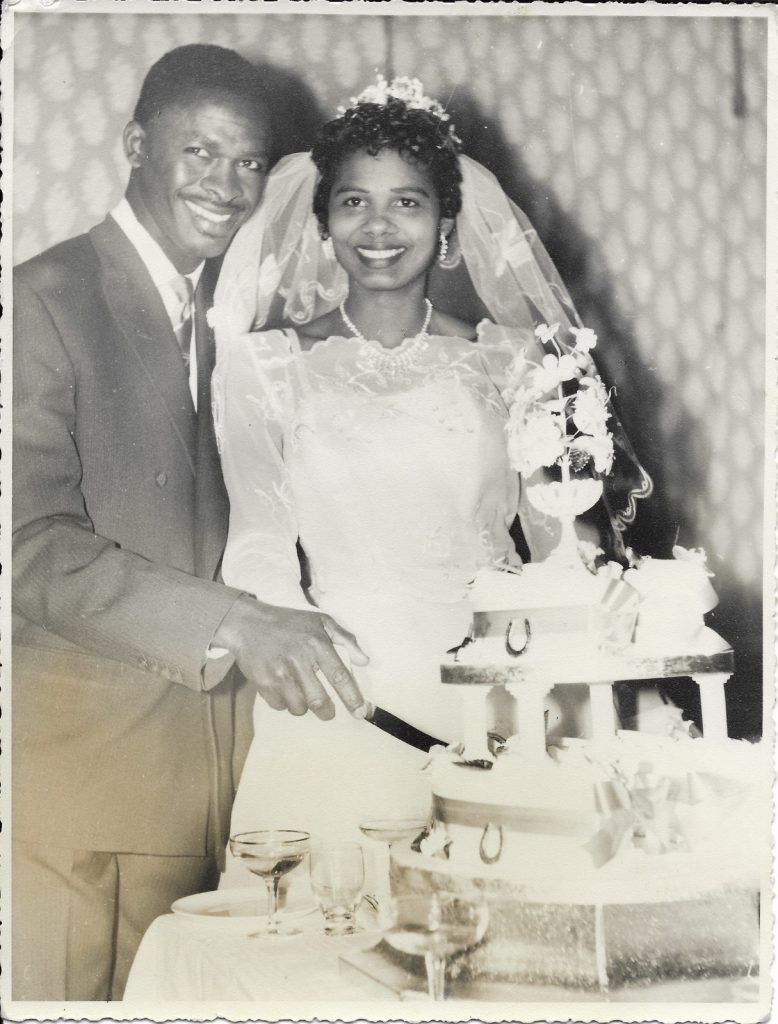 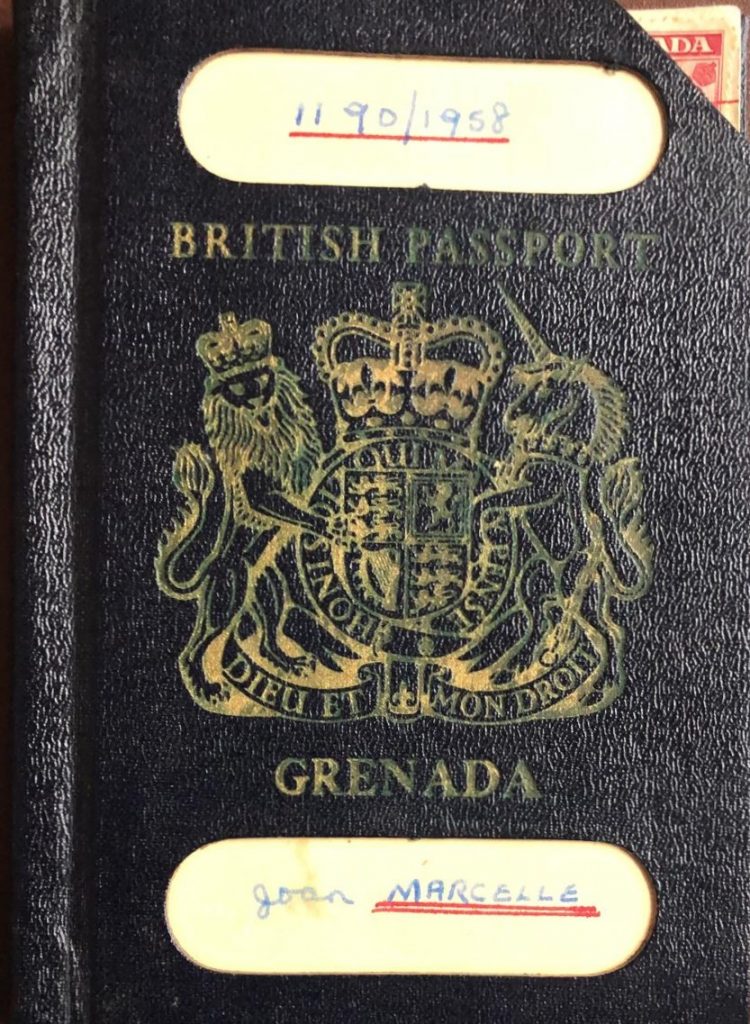