22 June 2022 is the fifth national Windrush Day, and 74 years since the SS Empire Windrush arrived at Tilbury Docks in Essex in 1948, carrying the first Caribbean migrants to the UK.

Deborah Klass is Finance, Operations & Talent Director at Riot. She is the CEO of The Windrush Generation Legacy Association, an organisation which aims to celebrate and share knowledge of the contributions of the Windrush Generation with young people, through exhibitions, seminars, and events. To celebrate last year’s Windrush Day, Deborah shared this piece detailing her mother’s experiences of immigrating to the UK. This year, we’re sharing the experiences of Julian Bertrand’s parents, Daphney and John Bertrand.

“My mother and father were both born in Grenada and had four sons. My mother says the British government were asking people in the West Indies to go England with the promise of opportunities for them and their family. In July 1960, they travelled from Grenada to England on a cruise ship called the Ascania, with close friends and some family. When they arrived in London, they stayed with family for a couple of years while they found jobs and saved money.

My mother says that when she initially arrived in England, she didn’t like it because the weather was cold and English people were unwelcoming, but as more West Indians arrived, they formed friendships, communities and banded together. The community had many gatherings and parties to get to know each other and keep their spirits up.

My father worked on a building site, where many other West Indians worked, and my mother worked for a textiles company, sewing. Because of whom they worked with, they did not experience as much racism as some of their peers, but they heard horrifying stories from friends and family over the years.  They made quite a few Irish friends, because Irish people were treated similarly to black people at the time, by the English.

Once my parents had saved enough money to purchase a home, they sent for their sons 2 at a time. My mother explained that while she found it easy to find work, the wages were very low, and it was a struggle bringing up children. She explains that once they owned their own home, my parents were able to house other people arriving from the West Indies. She said that generally black people stayed with other black people, because many English people did not want to rent to them.

Generally, my parents missed Grenada a lot and wanted to go back. In 1978 they returned to Grenada, 18 years after they arrived in England.” 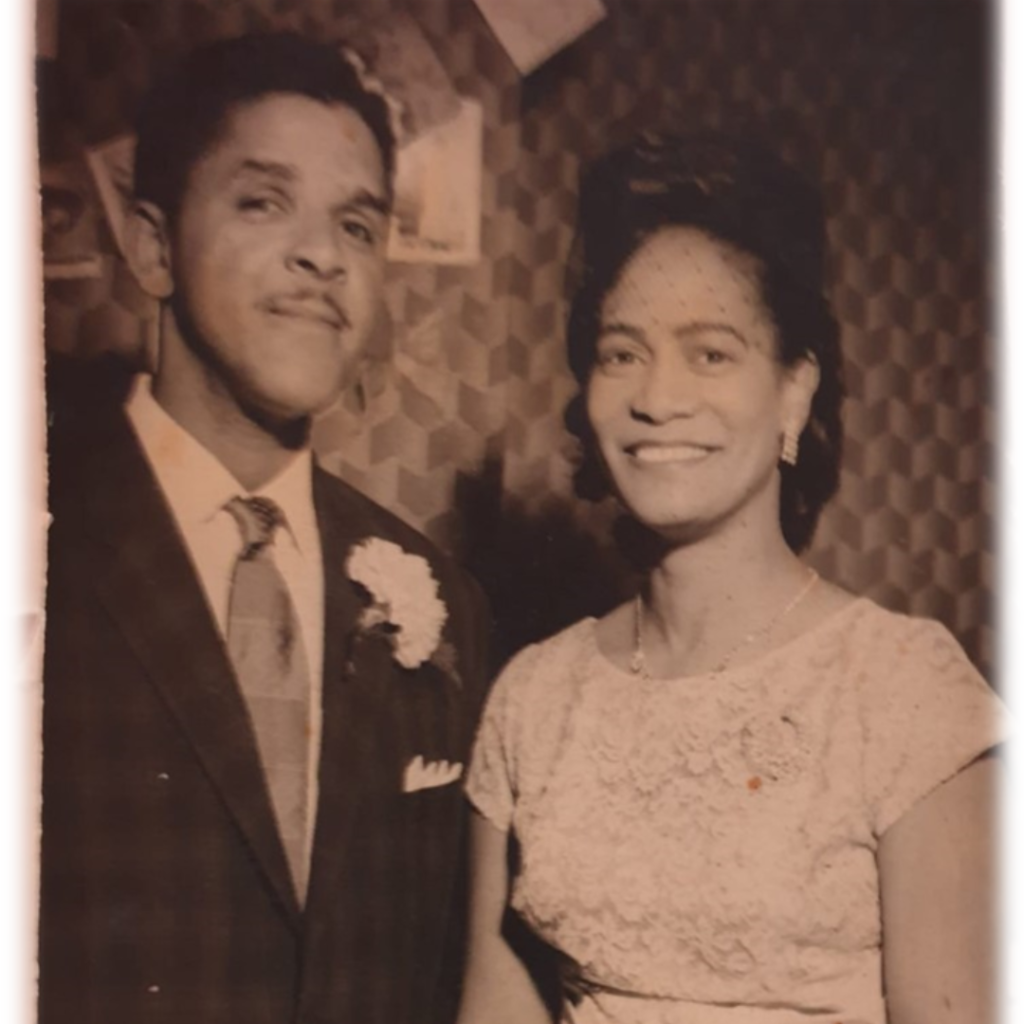