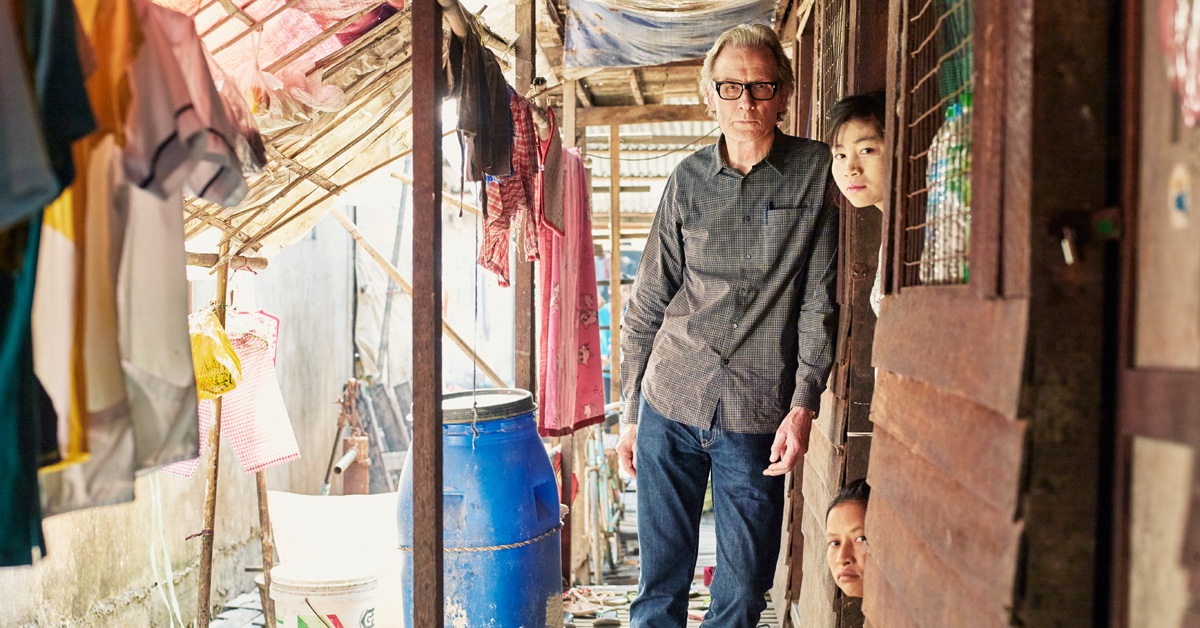 Acclaimed British actor Bill Nighy has pledged his support for The Invisible Child campaign from Oxfam and Moomin Characters Ltd, by recording a reading of the short story that inspired the campaign for theguardian.com.

The Invisible Child campaign aims to help women and girls around the world fight inequality and escape poverty for good, with the full £4.99 price of the special edition book being donated to Oxfam’s women’s projects worldwide. Over £268,000 has already been raised through books sales and The Invisible Child merchandise including a tote bag, tea towel and handkerchief.

The Invisible Child is a short story by Moomin creator Tove Jansson, about a little girl who turns invisible after being badly treated by the woman supposedly caring for her. She is given a place to stay at the Moominhouse and, when shown warmth, kindness and respect by the Moomin family, she gradually reappears and regains her place in the world – a right that every woman and girl should have.

The fundraising campaign is to support Oxfam’s work fighting extreme poverty and suffering around the world. Since the majority of people living in poverty are women, the rights of women and girls are at the heart of the charity’s work. Long-held prejudices often mean that they are denied basic rights like education, a fair wage or decent working conditions. Women and girls are also often the worst affected when emergencies strike.

Sophia Jansson, niece of Tove Jansson and creative director of Moomin Characters, said: “We’ve been overwhelmed by the amazing response that we have had to The Invisible Child campaign, with over 40,000 copies sold already and every penny going to Oxfam. We hope that Bill Nighy’s recording will introduce more people to the magic of the Moomins and help us raise even more money for Oxfam’s vital work around the world. Bill is the perfect person to have read the story, as he has filled it with wonder, compassion and mischief – all things that Tove valued greatly – and we’re so thrilled to have his support.”

Nikki Van Der Gaag, Oxfam’s Director of Gender Justice and Women’s Rights said: ‘Listeners will love Bill reading this story of a little girl who finds her voice and thrives when shown kindness and support. Oxfam thanks Moomin Characters Ltd and Bill Nighy for their big-hearted contributions, and The Guardian for making this podcast possible. We hope the recording will boost book sales of The Invisible Child. Oxfam supports women and women’s organisations to access education, to have decent and fair work, and live a life free of violence. We provide emergency food, shelter, clean water and lighting in refugee camps so the most vulnerable survive. This tender tale is echoed in every country where Oxfam works as courageous women are able to find their own voices.’

The music used in the recording is by Finnish musicians Pekka Kuusisto and Samuli Kosminen and is a sample from the upcoming Moominvalley TV animation. The Invisible Child, published by Sort Of Books, is available to buy from Oxfam, Waterstones and the Moomin Shops in Covent Garden and Camden Market. For more information on the Invisible Child campaign, please visit www.oxfam.org.uk/shop/moomins. Photos from Sophia Jansson’s visit to Rwanda to see Oxfam’s work available here.

For further information please contact Caitlin Allen at Riot Communications on 020 3174 0118 / caitlin@riotcommunications.com OR Emma Fabian at Oxfam GB on 07825 503 274 / efabian1@oxfam.org.uk 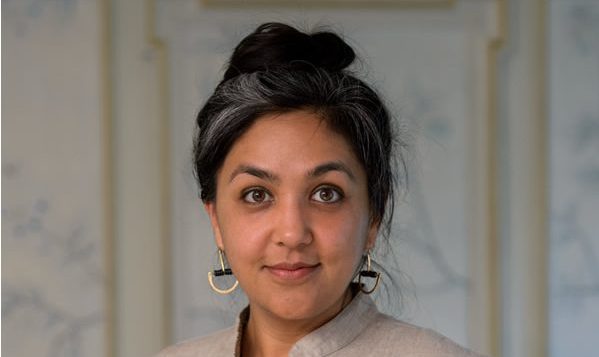 The re-telling of King Lear is the second book from independent publisher Galley Beggar Press to receive the Prize, following Eimear McBride’s A Girl is a Half-Formed Thing in 2014

Preti Taneja has won the eleventh annual Desmond Elliott Prize, the “UK’s most prestigious award for first-time novelists” (theDaily Telegraph), it has been announced this evening (20th June). Taneja takes home the £10,000 Prize for her “awe-inspiring” debut novel, We That Are Young, beating fellow shortlisted authors, Gail Honeyman (Eleanor Oliphant is Completely Fine) and Paula Cocozza (How to Be Human).

A retelling of Shakespeare’s King Lear set in modern-day India, We That Are Youngexplores the play’s themes of severed relationships and warring families against the backdrop of the 2011 anti-corruption riots in India. It follows a central cast of characters as they react to ageing patriarch Devraj’s decision to pass control of ‘the Company’ to his three daughters, Gargi, Radha and Sita.

The novel was chosen as the best debut of the year by a judging panel chaired by Sarah Perry, author of The Essex Serpent (2016 Waterstones Book of the Year), who was joined by award-winning broadcaster, Samira Ahmed and Waterstones’ head of fiction and publisher liaison, Chris White.

Taneja’s triumph marks the second time independent publisher Galley Beggar Press has produced a Desmond Elliott Prize-winning novel. The first was Eimear McBride’s A Girl is a Half-formed Thing in 2014, which also won the Women’s Prize for Fiction and went on to become a major commercial and critical success. The Norwich-based Press publishes just four novels a year and is run by co-founders and husband-and-wife-duo, Sam Jordison and Eloise Millar.

In a speech at the Prize ceremony, Sarah Perry said, “Samira, Chris and myself were absolutely unanimous in our love and admiration for this novel, whose scope, ambition, skill and wisdom was, quite simply, awe-inspiring … all three of us sat together, shaking our heads, saying, ‘If this is her first novel, what extraordinary work will come next?’”

Before trying her hand at fiction writing, Taneja was a human rights correspondent and reported on Iraq and in Jordan, Rwanda, and Kosovo. Her work has been published in various titles including the Guardian, the New Statesman and Open Democracy. Taneja was born in the UK to Indian parents and spent many childhood holidays in New Delhi.

The Chairman of the Prize’s Trustees, Dallas Manderson said, “It is with great pride and privilege that my fellow Trustees and I present our judges’ choice of winner this year. We That Are Young is exactly the kind of novel that the Desmond Elliott Prize exists to discover and promote; this extraordinarily accomplished debut has flown somewhat under the radar thus far, not having received the attention and wide-spread acclaim that it so rightly deserves. Our hope is that winning the Prize will help guarantee Preti’s long-term future as an author, as we’re sure it will be bright.”

He continued, “It is particularly gratifying, too, to witness the on-going success of Galley Beggar Press. I know Desmond, who launched his own independent publishing house, Arlington Books, and dedicated his career to promoting new writers, would be delighted to see that a Prize in his name is championing similarly small-but-mighty institutions.”

The Desmond Elliott Prize has a track record of spotting exceptionally talented novelists at the very beginning of their careers. Last year, the Prize was awarded to Francis Spufford for his debut novel, Golden Hill, and other past-winners include Lisa McInerney, Claire Fuller and Eimear McBride.