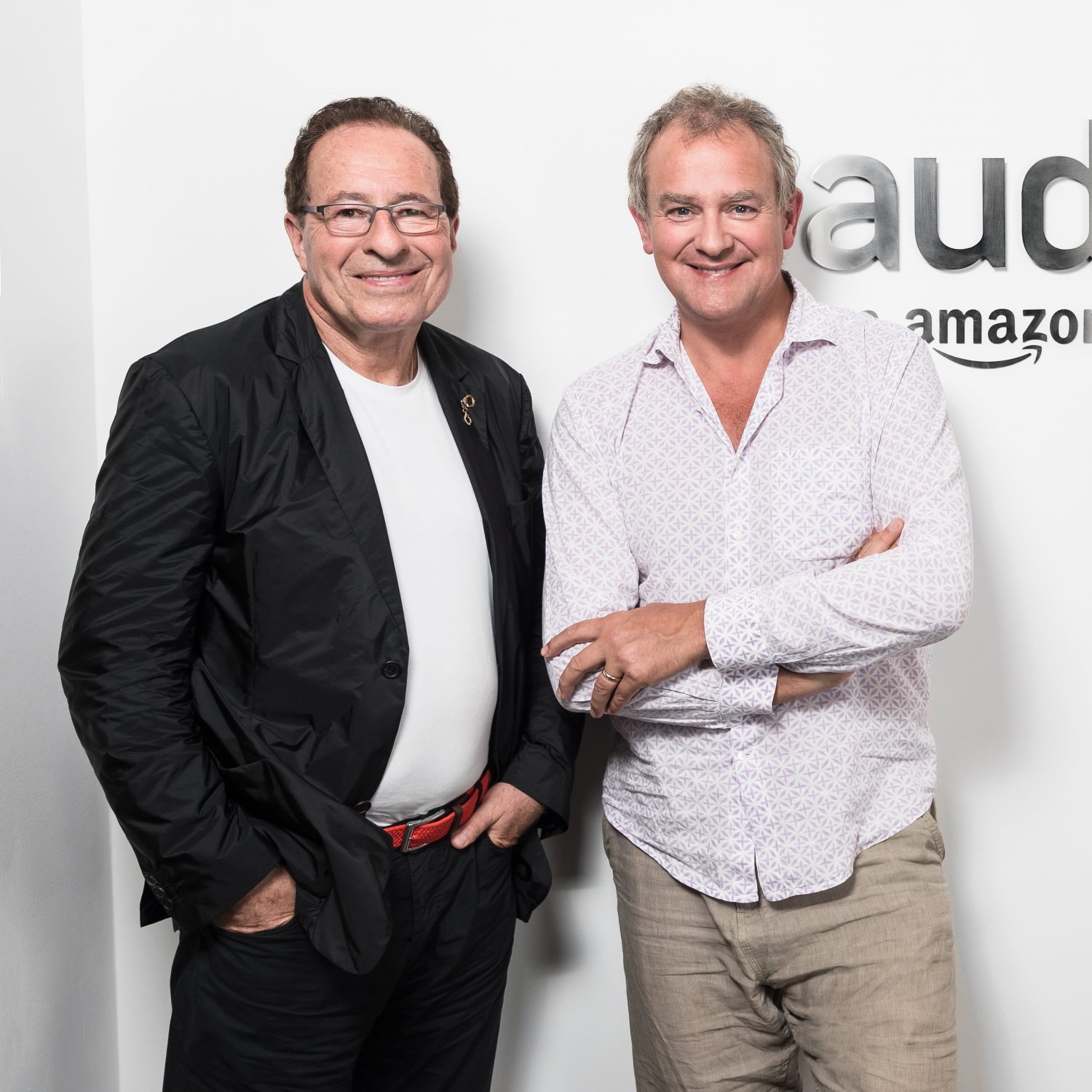 Inspired by an unforgettable, real-life phone call received by the author nearly 30 years ago, Absolute Proof is a breathless race against time to solve the greatest mystery of all: absolute proof of the existence of God. With 13 Sunday Times number one bestsellers and 19 million copies of his books sold worldwide, Absolute Proof marks a major milestone for Peter James, as his most epic and ambitious stand-alone thriller to date.

Peter James and Hugh Bonneville first met in 2008 when they discussed the possibility of Bonneville playing James’s character Detective Superintendent Grace in a TV adaptation. Although the adaptation did not move forward, the two have remained close friends. The audiobook will be their first official collaboration.

Hugh Bonneville is no stranger to the topic of religion, holding a theology degree from Cambridge University where he was taught by the former Archbishop of Canterbury, Rowan Williams. Earlier this year, Bonneville presented the standalone documentary Jesus: Countdown to Calvary, a historical examination of the events leading up to the execution of Jesus of Nazareth by the Roman government.

Peter James said: “From the moment I met Hugh I knew that I wanted to work with him, so when I was asked who I thought would make an exciting narrator for Absolute Proof he was the natural choice.  Hugh is an incredible actor and his reading really captures the suspense and excitement in the book. I’m delighted with how it’s turned out.”

Hugh Bonneville said: “When you pick up a Peter James book you know it’s going to be impossible to put down. Absolute Proof is a thriller that grips from the outset but it’s also incredibly thought-provoking, asking some of life’s biggest questions about science and faith, setting big pharma and high church on a collision course that could change the world. I was thrilled when Peter asked me to provide the narration for his latest, most compelling book.”

The audiobook for Absolute Proof was recorded in partnership with Audible, who will be releasing it as an audio first exclusive in the US in October.