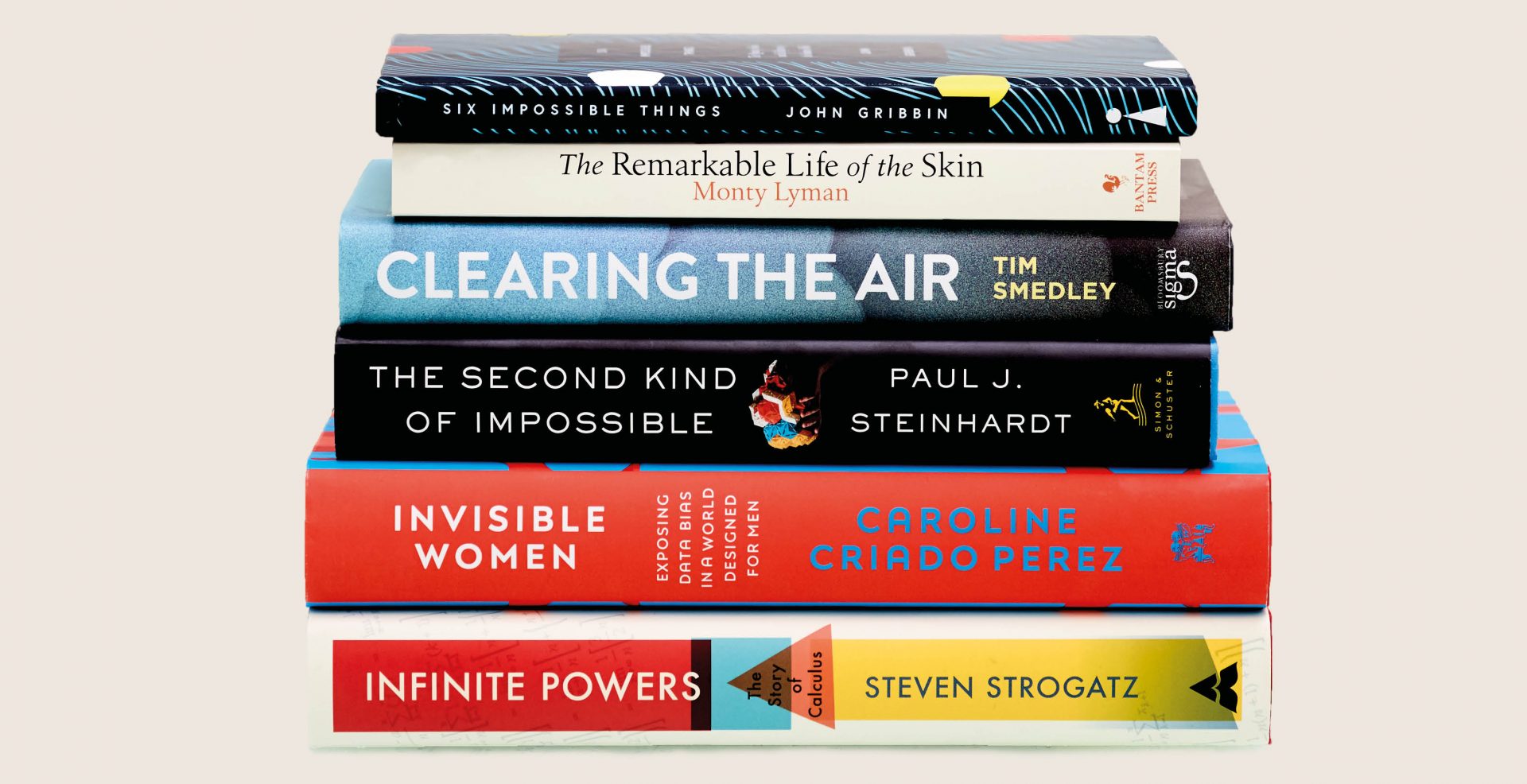 The Royal Society today, Tuesday 27th August, reveals the shortlist for The Royal Society Science Book Prize 2019 sponsored by Insight Investment, celebrating the very best in popular science writing from around the world for a non-specialist audience. This year’s six shortlisted books, chosen from over 170 submissions, ask readers to rethink the way they view both themselves and the world around them, whilst their wide-ranging subject matter reflects the sheer breadth of science writing published today.

The shortlisted authors, many of whom are active science communicators, comprise two debut authors (Monty Lyman, Tim Smedley), a mathematician (Steven Strogatz), writer, broadcaster and feminist campaigner (Caroline Criado Perez), and two physicists (Paul Steinhardt, John Gribbin) practising theoretical science and astrophysics respectively. Only one of the authors,  John Gribbin, has previously been nominated for the Prize, longlisted with In Search of the Multiverse (2010) and Deep Simplicity (2005), and shortlisted with The Stuff of the Universe along with Martin Rees (1991) and The Omega Point (1988).

The judges praised the six authors on the rigorous scientific content of their books, conveyed through elegant writing and engaging storytelling. They pointed to each book’s active role in questioning the status quo, by introducing practical solutions to tackling big issues such as gender politics and pollution, and by introducing complex scientific breakthroughs and theories – from the simple interpretations of the quantum world to proving the existence of an impossible form of matter  – in an accessible way for lay readers.

The full 2019 shortlist is (in order of author surname):

“This year’s shortlist is a great collection of popular science writing. Each book on the list presents an area of science that is fascinating, enthralling and important: from the mysteries of the quantum universe to the air we breathe, from the way that data encodes bias to the skin that is our largest organ, from the infinite power of calculus to new kinds of matter, our shortlist will appeal to all.

“Within these titles we encounter triumph and tragedy, hope and despair, enlightenment and enduring mysteries. The writers share great stories, rooted in outstanding research. They open up our understanding of the world in which we live and remind us of the important discoveries taking place around us every day.”

Two books that capture the zeitgeist and present clear cases for policy change feature on the list. Writer, broadcaster and feminist campaigner Caroline Criado Perez is shortlisted for her second book, Invisible Women: a book exploring the myriad ways the world is designed for men – from the size of mobile phones to the design of air bags – using compelling new research, case studies and statistics. Meanwhile, sustainability journalist Tim Smedley’s first book, Clearing the Air, presents insights from the scientists, countries and politicians leading the fight against air pollution and shares practical ways in which readers can proactively contribute to creating a cleaner future. In The Remarkable Life of the Skin, fellow debut author and Junior Doctor in Acute General Medicine at Oxford University Hospitals, Monty Lyman, uses his specialism as a dermatologist to create the first popular science guide to the many layers of the body’s largest and fastest growing organ through the lenses of science, sociology and history.

Two other books on the list that will appeal to popular science enthusiasts deal with game-changing theories and discoveries in the field of physics. In Six Impossible Things: The ‘Quanta of Solace’ and the Mysteries of the Subatomic World, John Gribbin – established science writer and Visiting Fellow at the University of Sussex – delivers a short, common-sense guide that aims to explain Quantum Physics through six theories – earning it the nickname the ‘TARDIS of popular science books’ by popular science author Brian Clegg. Meanwhile, American physicist Paul Steinhardt – currently Albert Einstein professor at Princeton University – writes in The Second Kind of Impossible: The Extraordinary Quest for a New Form of Matter about his discovery of a new kind of matter – the quasicrystal – which shattered centuries-old laws of nature, proving that there’s a whole new world of forms of matter.

Finally, a mathematician appears on the shortlist for the third year running, with the inclusion of Infinite Powers by American professor of applied mathematics, Steven Strogatz, whose history of calculus maps the impact that this branch of mathematics has had on our contemporary world.

Four out of the six books on the shortlist come from independent publishers. An Icon Books title makes it onto the list for the second time in two years, following Cordelia Fine’s win with Testosterone Rex in 2017. Penguin Random House has titles from two imprints (Chatto & Windus and Bantam Press).

Founded in 1988, the Prize – well-loved and respected in the popular science community – boasts an illustrious list of former winners including Bill Bryson (A Short History of Nearly Everything, 2014), Jared Diamond (Guns, Germs and Steel, 1998), the late Stephen Hawking (The Universe in a Nutshell, 2002), Mark Miodownik (Stuff Matters: The Strange Stories of the Marvellous Materials that Shape Our Man-made World, 2014), , Andrea Wulf (The Invention of Nature, 2016), Cordelia Fine (Testosterone Rex, 2017) and Sarah-Jane Blakemore (Inventing Ourselves, 2018).

The winner of the 2019 Prize will be announced at an awards ceremony at The Royal Society on Monday 23rd September 2019, hosted by Professor Brian Cox OBE FRS, The Royal Society’s Professor for Public Engagement in Science. The winner will receive a cheque for £25,000, with £2,500 awarded to each of the five shortlisted authors. 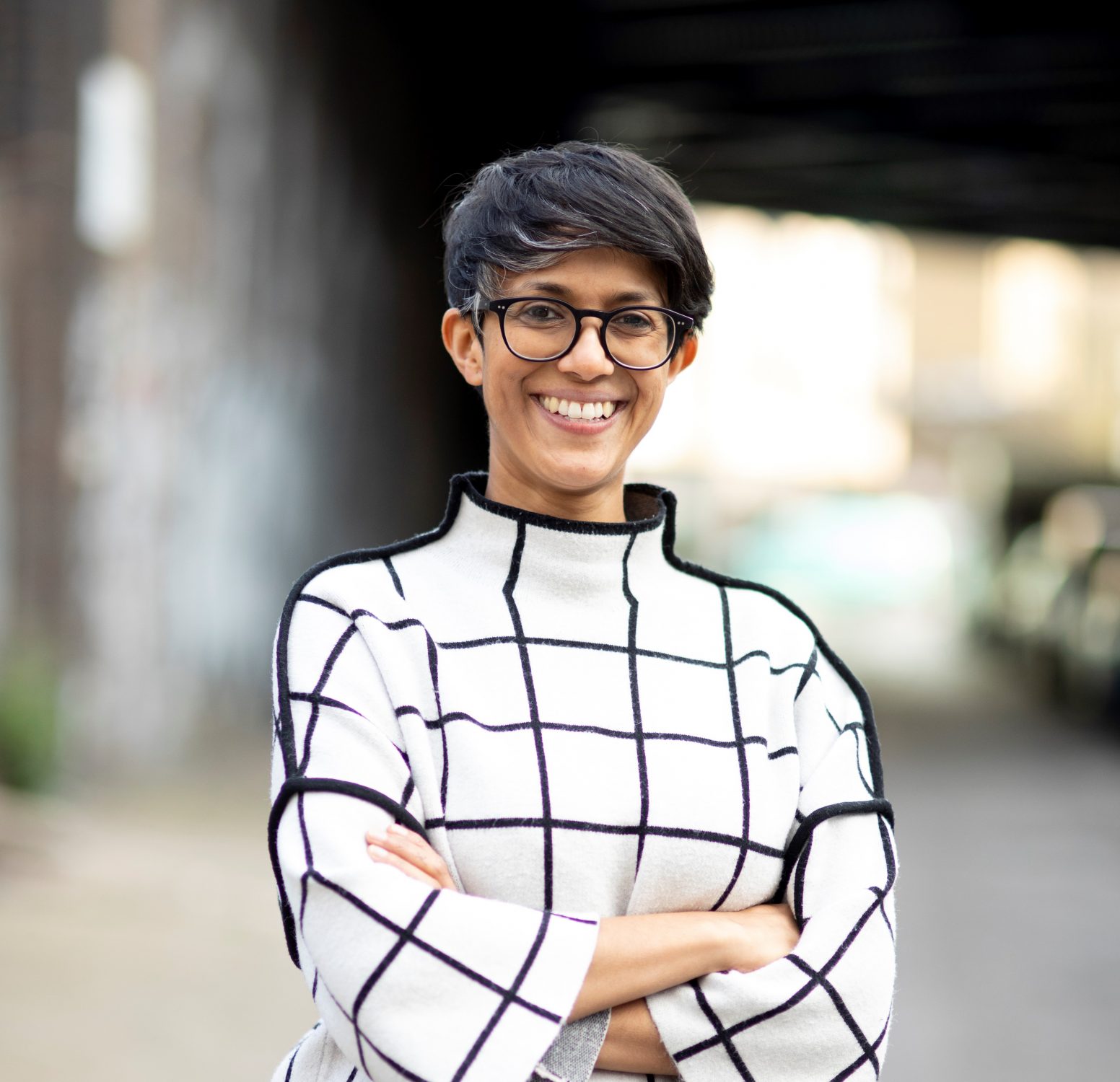 Following an interview about her career in the Independent this week, Riot MD Preena Gadher discusses why it’s important to talk about race at work.

Talking about race is never easy – for the person doing the talking or the people listening. It tends to make everyone shift uncomfortably in their seats.

For a long time, I avoided it: I have gained lots of experience over the ten years of running a successful business which I could share, so why should I talk about race? After all, it is only one aspect of who I am. The fear of a backlash when you talk about race is very real too; some people even feel that in speaking out, they are risking career suicide. Read Reni-Eddo Lodge’s superb book to understand what this really feels like, and how to become an ally.

But when you are the only one in the room, something strange happens: there is often an assumption that you are the expert, which can weigh very heavily, though the moment you point out bias when you see it, the mood turns, and a tidal wave of isolation threatens to submerge you. You ask yourself: I’ve got so many great ideas to share, is it really my job to challenge this? Is it worth rocking the boat?

For years I have grappled with this, not least as I have worked, and do still work in industries where almost everyone is white – publishing and PR. But one day, a wise soul told me, as I bemoaned my dilemma with genuine anguish, that if you have a platform, you have a responsibility. It hit me like a truck and after several weeks of soul searching, I realised that talking about race was not optional.

That’s why I became a mentor for BME PR Pros in their mission to diversify the PR talent pool, and continue to champion their work, and why at Riot, we support The Taylor Bennett Foundation, offering PR experience to the next generation of our workforce – sure, we don’t have as much money as the big agencies to give them, but I can openly share my very real experience of navigating a career when there is no-one else around who looks like you. I wish I had had that when I first started out. And that’s also why I talked to the Independent about my experience this week.

Cue the haters…but hopefully the allies too. 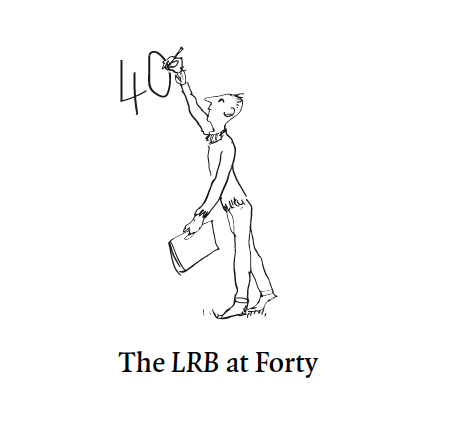 The London Review of Books, Europe’s leading magazine of culture and ideas, has today, Wednesday 31 July, announced the highlights of its programme of 40th anniversary activities, including events at the London Review Bookshop and beyond; the first ever history of the LRB, a coffee table book to be published by Faber and Faber; two special issues of the magazine, available from Wednesday 16 and Wednesday 30 October; and, looking forwards as well as back, the relaunch of the LRB website.

The month-long celebrations will begin with a launch event for London Review of Books: An Incomplete History at Conway Hall on Monday 7 October.

The book, a selection of unusual and resonant literary artefacts, offers an intimate insight into the evolution of the LRB and its relationships with some of the most important writers and thinkers of recent times, including Isaiah Berlin, Angela Carter, Bruce Chatwin, Jenny Diski, Martha Gellhorn, Christopher Hitchens, Frank Kermode, Oliver Sacks and Edward Said, plus the occasional prime minister and/or Nobel Prize-winner. Full of facsimiles of the letters, notebooks, drawings, postcards, fieldnotes, typescripts and, eventually, issues, in which publishing triumphs and disasters have played out for four decades, it also contains more than 100 captions and commentaries by the LRB’s editors, writers and friends, and introductory essays by Mary-Kay Wilmers (one of the paper’s founders and its editor since 1992) and editor-at-large Andrew O’Hagan.

The public launch will see Wilmers, O’Hagan and special guests from the paper’s past and present interviewed by LRB publisher Nicholas Spice about the life and times of the legendary paper, on Monday 7 October.

Mary-Kay Wilmers said: ‘Back in 1979, I’m not sure any of us would have held out much hope that the paper would still be going 40 years later. Yet here we are, with a circulation that’s grown from the low thousands to more than 75,000, new generations of writers and editors, and a new website that I don’t entirely disapprove of. The LRB’s future looks bright. What I’m less sure of is whether we’ve ever managed to produce another issue as good as the first one.’

A limited edition facsimile of Vol. 1 No. 1 will be part of a range of anniversary gifts, some featuring work by the founding designer of the LRB, the late Peter Campbell, exclusively available at the London Review Bookshop and on the LRB’s online store. From August through to the end of October, a year’s subscription to the LRB (plus a free tote bag) costs just £40/$40.

The London Review Bookshop will host a series of ‘birthday conversations’ throughout October, with star contributors and editors reflecting on the last four decades.

A live edition of the Talking Politics podcast, produced in partnership with the LRB, will see Rory Stewart interviewed by regular presenters David Runciman and Helen Thompson at a venue in Westminster in the week of the Brexit deadline.

The anniversary celebrations conclude with an evening of readings and music at Southbank Centre on 30 October. The LRB is bringing ‘Against the Grain’, the acclaimed literary-music series it presents in partnership with National Sawdust in Brooklyn, to the UK for the first time. Curated and presented by Paul Muldoon, it pairs writers with musicians to discuss and create art that speaks to the contrariness and complexity of our moment.

The autumn will also see the LRB relaunch its website for the first time in ten years, with a complete overhaul of its online presence – blog and newsletters, archive and podcasts.

Sign up for the LRB newsletter here for further information about the programme. Details of how to book tickets for the first anniversary events to go on sale may be found on the London Review Bookshop and the Southbank Centre websites. Remaining events will go on sale on Wednesday 14 August.