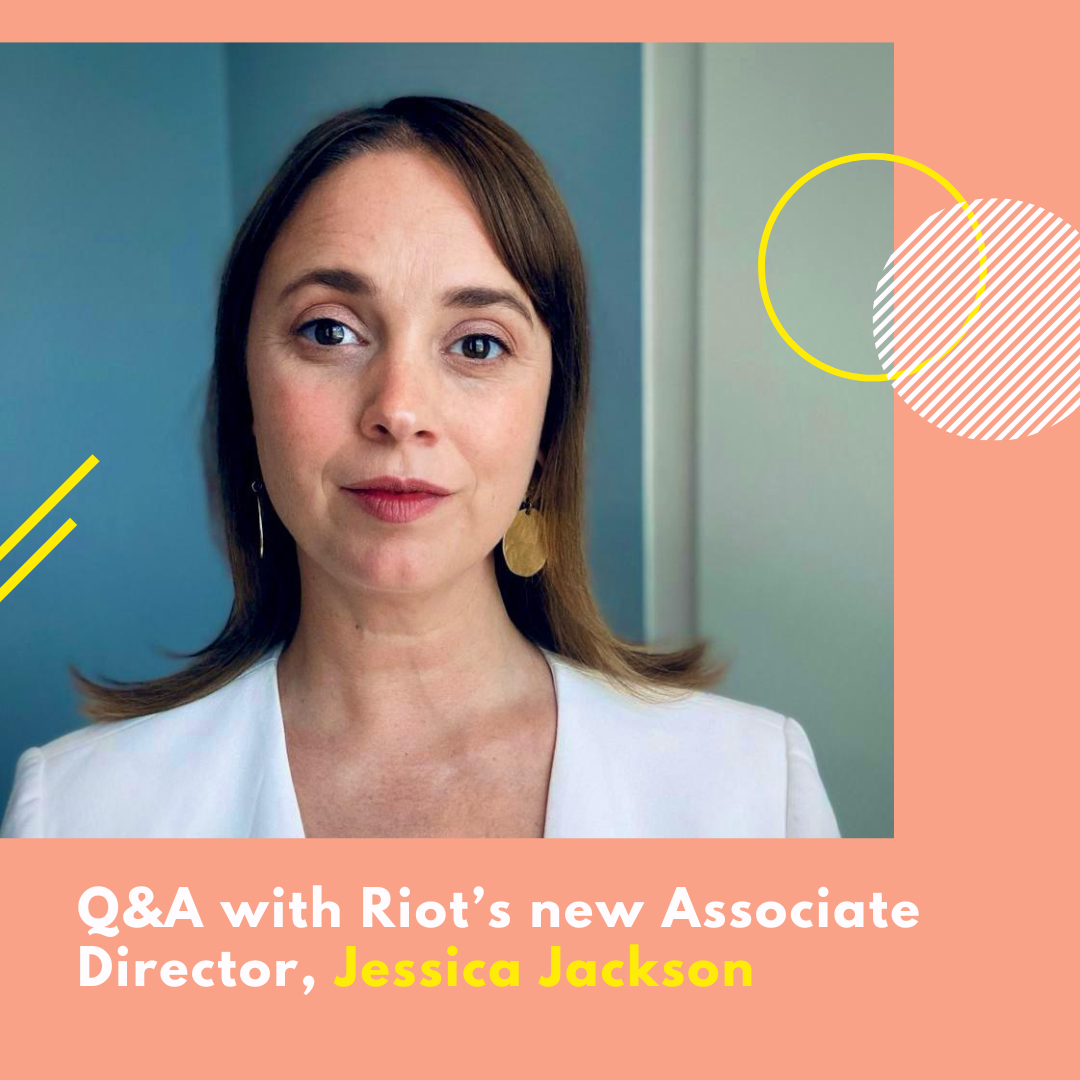 Earlier this month we welcomed the fantastic Jessica Jackson to Team Riot as our new Associate Director. She will become the strategic lead on several of our high-profile clients across the publishing sector and beyond. Having previously held senior management posts at several leading UK publishing houses – most recently as Interim PR Director at HarperNonfiction – she has worked with a whole host of incredible writers from Bruce Springsteen and Russell Brand to Poorna Bell and Jack Monroe.

Want to get to know Jessica a bit better? We’ve asked her to share a bit about some of her passions and the things she is most looking forward to about working at Riot.

What are you most excited about when it comes to joining Riot?

More than anything, I’m excited to be joining an amazing team of people who share my passion to create positive change through the power of culture, and believe in its ability to connect, inspire and transform the world around us.

With no limitations in place, who would be your dream client?

I’d really like to work with Jay Shetty. I believe we are at our happiest when we are connected with a purpose in life. I’m also fascinated by the teachings that come from ancient wisdom. I love how Jay is working every day to inspire people through these ideas on a global scale.

What was the first book that you fell in love with?

There are so many! But if I had to choose one, it would be Mary Oliver’s selected poems Wild Geese. This collection, alongside the Four Quartets by T.S Eliot, inspired my great love of poetry and they have been constant companions through life.

What are some of your other passions?

One of my undercover passions is backgammon. I love games, and particularly those that rely on an equal balance of skill and chance or risk. My lifetime ambition is to enter the Backgammon World Championship in Monte Carlo. Watch this space… 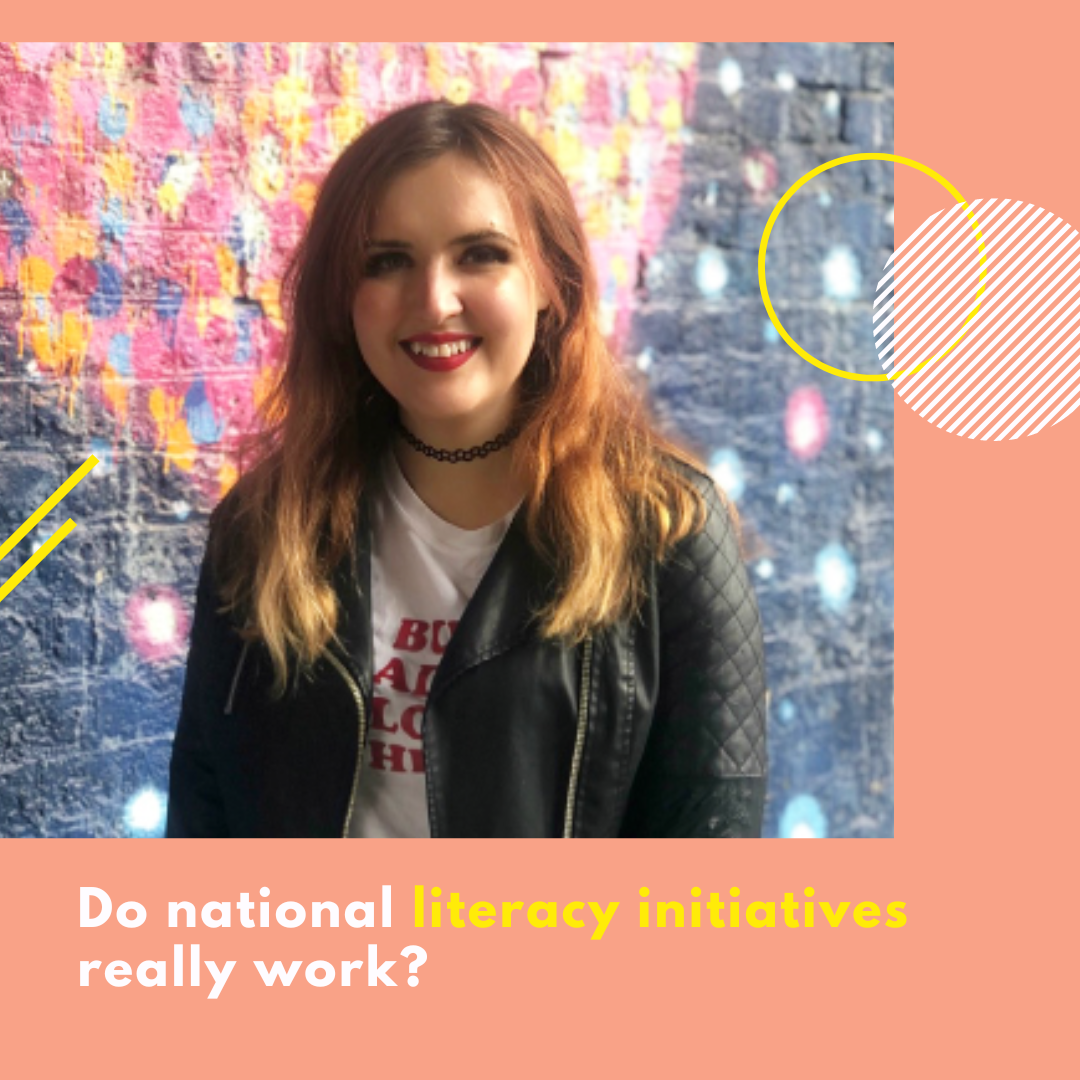 Every year when World Book Day takes place, the excitement of the children at the schools I pass on my commute is palpable and it reminds me of the anticipation I felt when the Scholastic Book Fairs came to my school as a child. However, in the last few years I have read criticism of such initiatives, accusing them of being ‘exclusionary, no longer about reading, causing parents stress’ and that despite them literacy rates are still falling worldwide. But when there is so much evidence to demonstrate the impact reading for pleasure has on a person’s educational attainment, social mobility and well-being, should we let the cynics stop us from trying everything possible to help bring the joy and the benefits of reading into people’s lives? The conclusion we came to when we launched Read Hour in the UK in 2021, was a simple NO.

Read Hour is a literacy initiative that began in Finland in 2018 with the wonderfully simple objective of motivating people, especially young people, to read a book, a magazine, a comic, on UN International Literacy Day (8th September) for just one hour. It was a huge success, making such a big splash in Finland even their president took part.

When our client, the ever-inspiring, Moomin Characters Ltd, saw the success of Read Hour in their native Finland they wanted to help it expand internationally and tasked Riot Communications with the job. Roleff Kråkström, Managing Director of Moomin Characters, said, ‘Being able to express yourself is one of the most important things in the world: it allows you to communicate your hopes and dreams, relate to others, engage with the big issues of our times, and create change. To express yourself, you first need to learn to read and write. Developing a love of words at a young age is proven to bring other benefits, too, like increased empathy and a greater understanding of different cultures and ways of life. Essentially, reading and writing broaden a young person’s horizon. That’s why we at Moomin Characters Ltd are on a mission to spark a love of reading and writing and the reason we support Read Hour.’ However, I did initially wonder how a new literacy initiative could fit into an already crowded space and whether it would be seen as a welcome addition or a competitor by the other organisations, institutions and charities who run the different initiatives.

Happily, I found a passionate and welcoming community of people only preoccupied with one shared goal – to get more people reading. As I reached out, I received nothing but support from booksellers, librarians, educationalists, authors and publishers. Not only was Read Hour welcomed as a new and different addition, it was championed, with 26 literacy organisations and publishers welcoming Read Hour with open arms in its first year.

It was only with this support that we were able to get off the ground and make a real world impact, with hundreds of schools, libraries and venues taking part. We also reached 1.7 million people in the UK via social media with a potential worldwide reach of 16 million thanks to the help of supporters such as Jennifer Saunders, Baroness Floella Benjamin, Cressida Cowell, Philip Ardagh, Andrew Donkin, Eoin Colfer to name just a few.

My experience has shown me that initiatives or awareness days bring stakeholders together and galvanise them. While reading should of course be an everyday activity, moments such as Read Hour put a spotlight on the issue, create a point of focus and give institutions, companies, organisations, individuals a reason to celebrate, participate and contribute. Any opportunity to draw people’s attention to the fact that reading leads to increased empathy, a greater understanding of different cultures and ways of life and a broadening of horizons can only be a good thing.

This piece first appeared in The Bookseller