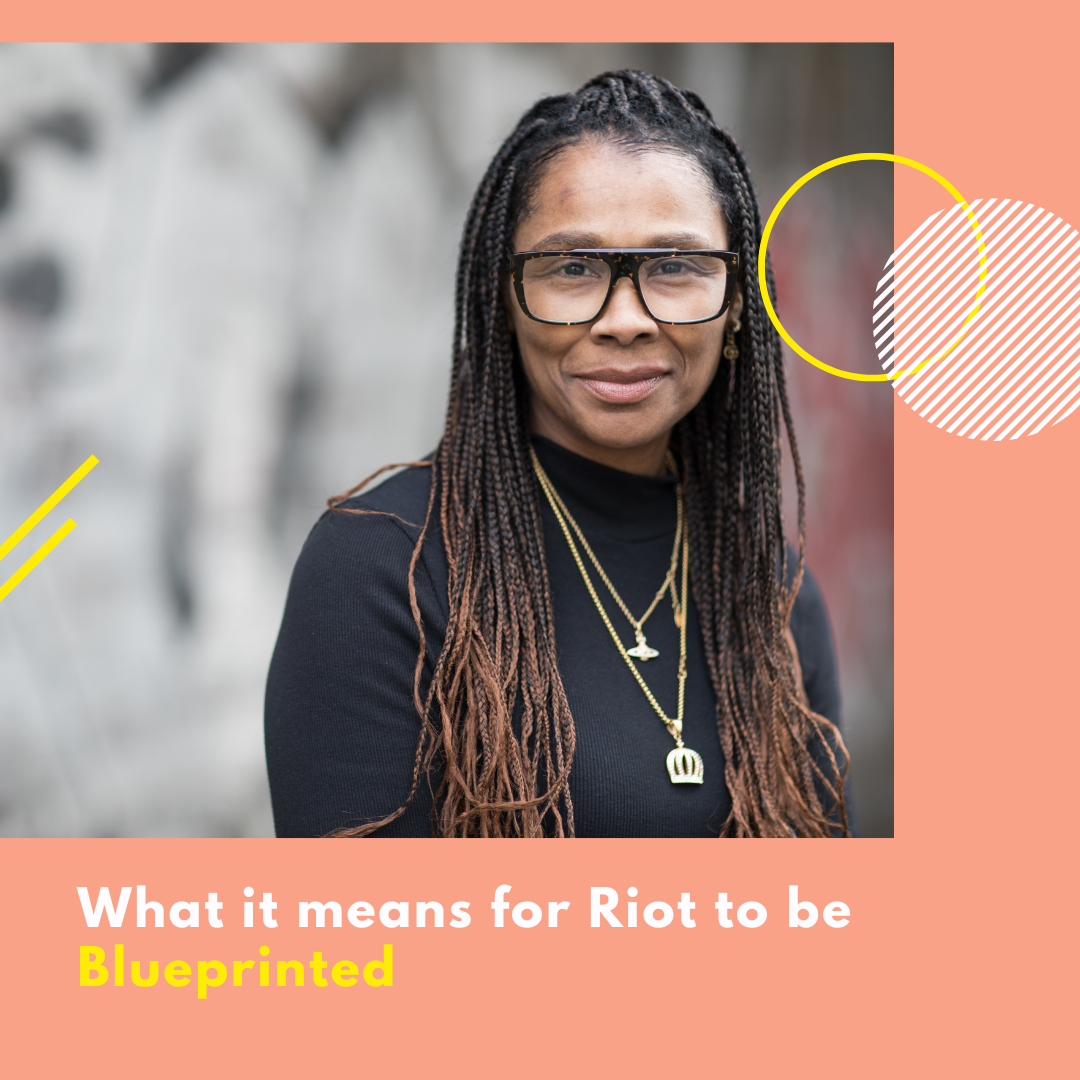 Earlier this year, Riot secured The Blueprint diversity mark, which aims to promote racial diversity in PR and communications. In this piece, Deborah Klass, the Finance, Operations & Talent Director at Riot Communications, discusses what it means for our agency to be Blueprinted. Deborah is also the CEO of Croydon-based The Windrush Generation Legacy Association: a registered charity which aims to share the diverse legacy of the Windrush Generation and to support community cohesion.

What do you love most about working in PR?

My favourite aspect of working in PR is working with such creative people and knowing that, with our Blueprinted status, we have the opportunity to work with colleagues and our clients to make a real difference to the sector.

What has it meant for Riot Communications to be Blueprinted?

One of my first steps, on joining Riot in January 2021, was to challenge the leadership team to really scrutinise our approach to D&I, and to develop a more formal approach to doing it right. As a BME-owned, progressive agency, Riot was already ahead of the curve and had various initiatives in place, but the approach was still fairly ad-hoc. I was hired to assist with the company’s growth and to provide formal oversight of our activities as part of my role as Operations and Talent Director, and D&I champion. 16 months on, and Riot is now a Blueprinted agency – only the sixth agency in the UK to achieve this recognition for diversity and inclusion in all aspects of our business, and certainly one of the smallest!

We’re incredibly proud to be Blueprinted and to continue being pioneers within the communications industry. Achieving the Blueprint status shows us that what we’ve been working towards, and what we continue to strive towards – true diversity, inclusivity and accessibility – is recognised by an authority that’s leading change. It reassures us that the message we’re giving to our clients and our networks is the right one, one that will support change in our industry and in the work that we do.

What is your favourite diversity project/initiative of the past 12 months?

I know I’m biased here, but my favourite diversity project of the past 12 months has to be Grow With Peter Rabbit, Riot’s campaign for the 120th anniversary of the much-loved children’s brand Peter Rabbit! We’ve been working alongside publisher Penguin Random House Children’s and non-profit garden designers Grow2Know CIC, founded in response to the Grenfell Tower Fire to help unify the community through guerrilla gardening, on a partnership that will see three Peter Rabbit-inspired community garden makeovers take place between now and 2024.

This partnership is all about creating a positive, social impact and together we’ve delivered a truly inclusive campaign that will bring the benefits of gardening and spending time in nature to families across the UK, as well as delivering a longer-term legacy for the local communities where the three Peter Rabbit Gardens are built.

As CEO of The Windrush Generation Legacy Association, another project I am very proud of is our recent exhibition at our unit in Croydon: an exhibition of Pål Hansen’s collection of photographs, entitled Leave to Remain, which opened on Windrush Day 2022. Pål delivered a moving address at the opening ahead of a series of spoken word poetry, storytelling and comedy performances. Given that our aim is to celebrate and share knowledge of the contributions of the Windrush Generation with young people, the wider community and corporates, this was a fantastic culmination of everything we’ve achieved in the past 12 months. I invite other agencies or individuals reading this to contact me if they’d like to come to visit the exhibition space, or to know more about our work, or even to offer their help.

What event are you most looking forward to in the next 12 months?

Next, I’m looking forward to Black History Month celebrations and the outreach we’ll be able to do, using the month as an opportunity to elevate change and show schools, corporates and consumers how they can incorporate Black history throughout the rest of the year, too. The paperback edition of The Good Ally, by our client Nova Reid, is released in October and we’re planning to use the opportunity to celebrate unsung historical heroes such as Cubah Cornwallis (if you’ve read Nova’s book, you’ll get the reference!). Watch this space! 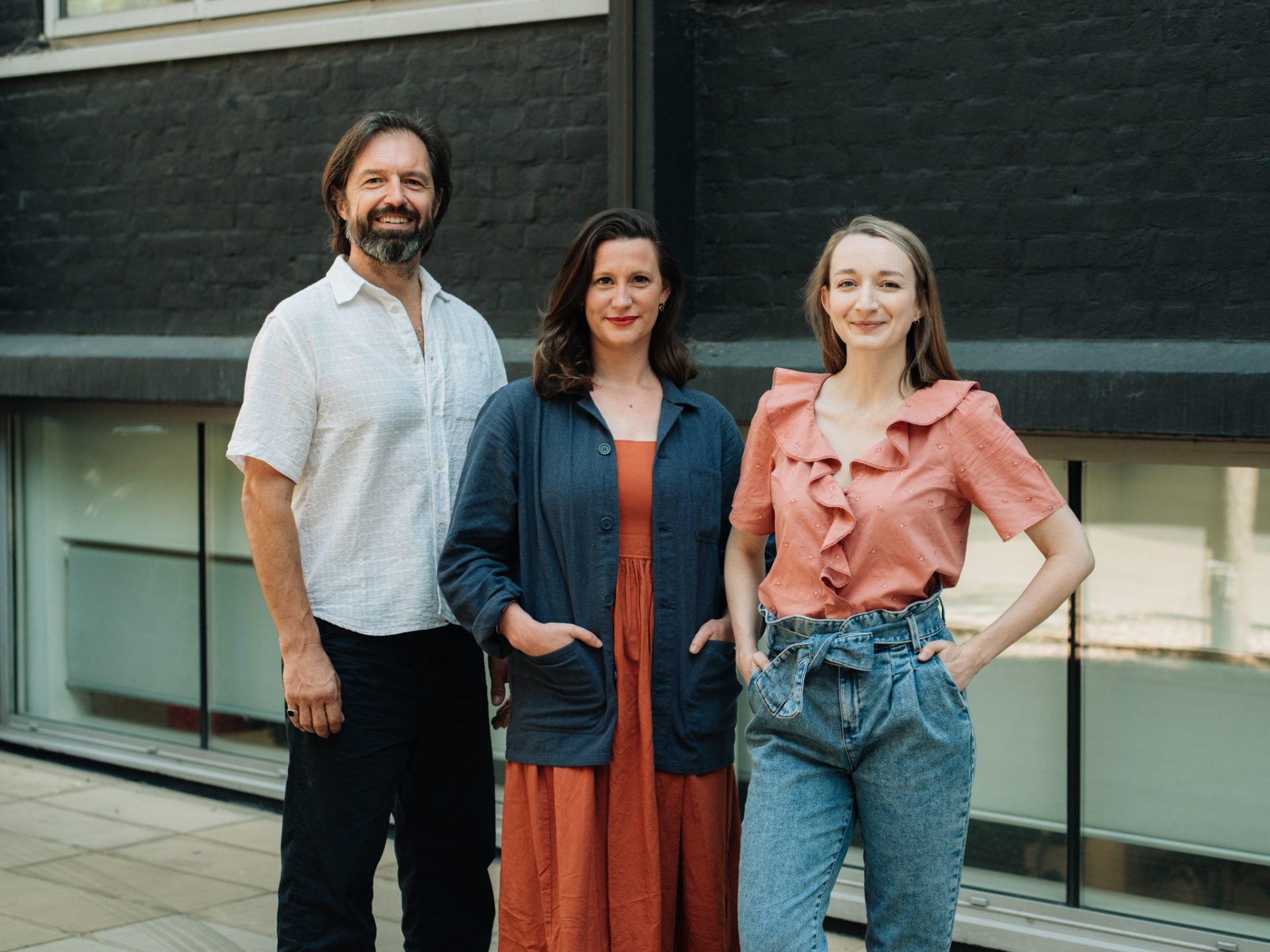 Riot Communications begins a fresh chapter this summer as it comes under new leadership and joins a network of like-minded agencies. Caitlin Allen, a director in Riot’s Senior Leadership team, will take over as Managing Director from Preena Gadher, who co-founded the business with Anwen Hooson in 2009 and leaves the agency to become Managing Director of Penguin General, a division of Penguin Random House from September 2022.

Allen, who has been at Riot since 2015 and instrumental in the agency’s success, will ensure Riot’s continued growth, much of which has been achieved through the successful acquisition and retention of clients across the culture sector including Aardman, Moomin Characters, The Nine Dots Prize and Penguin Random House. Allen will shape the strategic and commercial pillars of the business while continuing to work with a number of her clients. She will be supported by fellow Riot director, Katy MacMillan-Scott, who has been at Riot since 2016 and who – alongside Allen – has been an integral part of the Senior Leadership Team, helping to shape the direction of the company and coaching and supporting the growing campaigns team. As Creative & Campaigns Director, MacMillan-Scott will ensure that Riot continues to deliver exceptional, creative campaigns for its clients, while maintaining Riot’s unique culture and ethos – particularly around D&I – both internally and externally.

The Riot leadership team will be supported by a new hire, Jessica Jackson, as Associate Director. Jackson joins on 1st August with 15 years of culture PR experience, having worked with clients both in the UK and in the United States with the likes of Malorie Blackman, Russell Brand, Poorna Bell, Anna Kendrick, Sue Perkins and Bruce Springsteen, to name just a few. She has a particular interest in working on campaigns with purpose, her most recent project being the Imagine Anthology, a creative publishing collaboration for World Refugee Day.

As part of the agency’s growth strategy, Riot today joins The Splendid Collective, the agency network formed by east London-based consumer comms agency Splendid Communications. Already in The Collective is youth culture and music specialist PR agency Kingdom Collective, who joined in November 2021. The Splendid Collective brings together ambitious, values-led agencies and allows them to share their expertise across sectors and services including PR, social media, influencer, digital marketing and events, in pursuit of more holistic client delivery. As part of this growing network, Riot will retain its identity as a culture and entertainment specialist, whilst benefiting from the support of a Group leadership team led by Splendid Communications CEO Alec Samways.

Also announced today is Director Adele Minchin’s decision to leave Riot to pursue her own creative endeavours. Minchin, who has worked at Riot for the past seven years as part of the leadership team that has grown Riot’s client-base, culture and team into the leading agency it is today, will focus on writing as well as continuing her voluntary role as mentor for The Girls Network, working to inspire and empower girls from the least privileged communities.

Preena Gadher comments: “After 14 years, I have decided to step down as MD of Riot. It has been one of the hardest professional decisions I’ve ever made, but when an exceedingly rare opportunity presents itself, at a time when you know your team is perfectly positioned to take over the successful running of things, it’s the right time for change.

“I am so incredibly proud of how far Riot has come since it began, working with some of the best names in culture and entertainment in the world. I will certainly miss our wonderful clients who have been my passion all these years, and my amazingly talented team. But I know that they are all left in the safe hands of Caitlin and Katy – who are two of the most formidable women I have ever met – and Alec and the team at The Splendid Collective, under whose guidance I know Riot will do even bigger and better things.”

She continued: “My thanks to Anwen Hooson who co-founded the agency with me when we were in our twenties, green but ambitious, and Adele Minchin for her unwavering support all these years.”

Caitlin Allen comments: “I couldn’t be more excited to take on the reins of a business that I know and love so much, having been part of its success for the past six years. I’m delighted to continue Preena’s amazing work and lead Riot in the next phase of its growth, working as part of The Splendid Collective. Riot will continue to do what it is famous for – intelligent, values driven work in the culture and entertainment sector that creates real-world impact for our clients – now with the added excitement of working alongside a group of agencies with different but complementary strengths to help us enhance our proposition.”

Alec Samways, CEO, Splendid Communications, says: “We are delighted to welcome Riot to the network bringing expertise in new sectors to our group, including strong relationships in publishing, television and the arts, as well as a great track record in areas such as purpose and D&I. This partnership reflects our ongoing ambition to nurture and grow a band of like-minded agencies all doing incredible work in their own right, while bringing greater breadth and depth of expertise to the group.”

Adele Minchin says: “It’s been a great privilege to have worked alongside Preena, an exceedingly talented leadership team and a roster of world-class clients, all of whom I will miss, but I am looking forward to taking the time to follow my own creative pursuits. I wish Preena and the team at Riot every success for the future.”

Splendid Communications has acquired 100% stake in Riot. Gadher will continue to work at Riot in an advisory capacity until 29th July 2022.