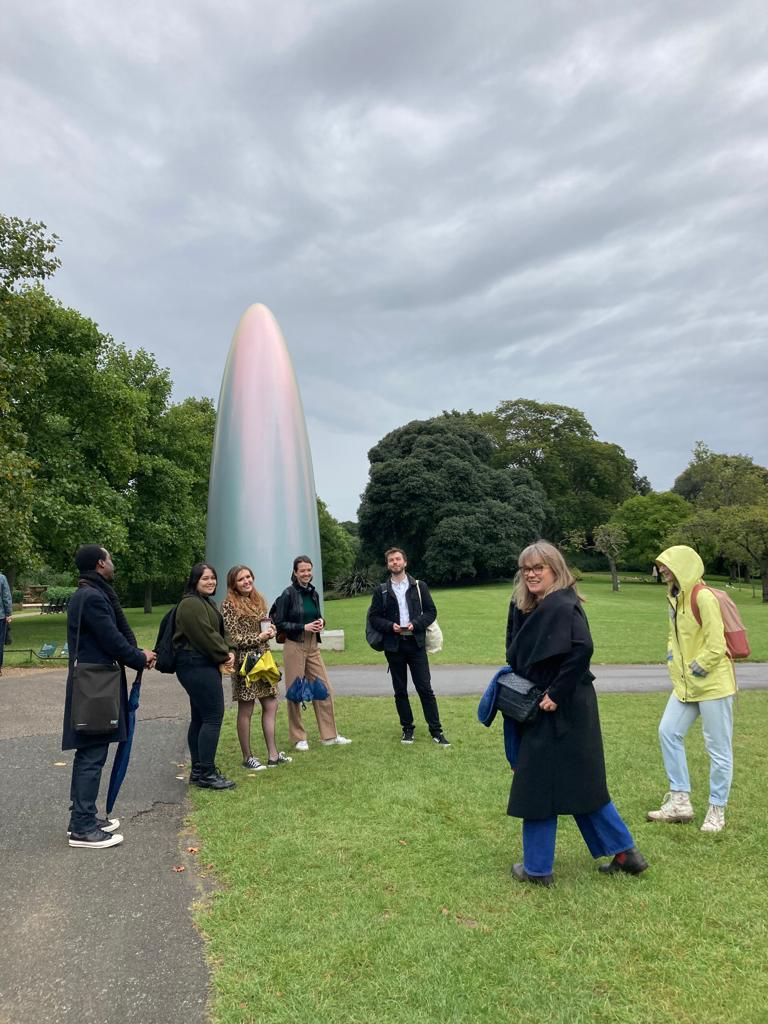 The leaves are changing colour and for many creative industries, autumn is one of the busiest times of the year, as it is for us. But as we knuckle down, we also prioritise getting away from our desks as a team to explore what else is happening in the world. It’s so easy to get buried in day-to-day emails, hamstrung by meetings and deadlines, and executing client work in isolation to what is actually happening outside. It’s one of the reasons we love working in Bethnal Green. Our office is surrounded by flats and the squeals from the children as they play in the communal playground outside our windows reminds us that culture is for real people and helps keep our feet on the ground.

Preserving, and even nurturing this connection to real life, is why we created our monthly ‘Outside Ins’. Every colleague has a chance to choose a location, event or venue connected to culture which we make time to visit and discuss during the working day. It’s a highlight of Riot life, but more than that, it’s a way for us all to exercise our creative muscles, which in turn helps us deliver outstanding client work.

After 18 months of virtual ‘Outside Ins’, today, ahead of the opening of the Frieze Art Fair, we met in person and visited Frieze Sculpture in the English Gardens of Regent’s Park. Responding to themes of architecture, geopolitical power structures and environmental concern, we spent the morning discussing the pieces and thinking more generally about the impact of art in public places.

We returned to the office full of ideas and energy, and personally I felt nourished. As a culture and entertainment specialist PR agency, prioritising time for wild ideas and big picture thinking is essential to the creative process. But in a profession known for stressful working days too, granting permission to nourish ourselves through the very thing we exist to promote is more than a work perk – it’s critical to our overall success as a business.

So what are you waiting for? Go and see what’s happening outside. 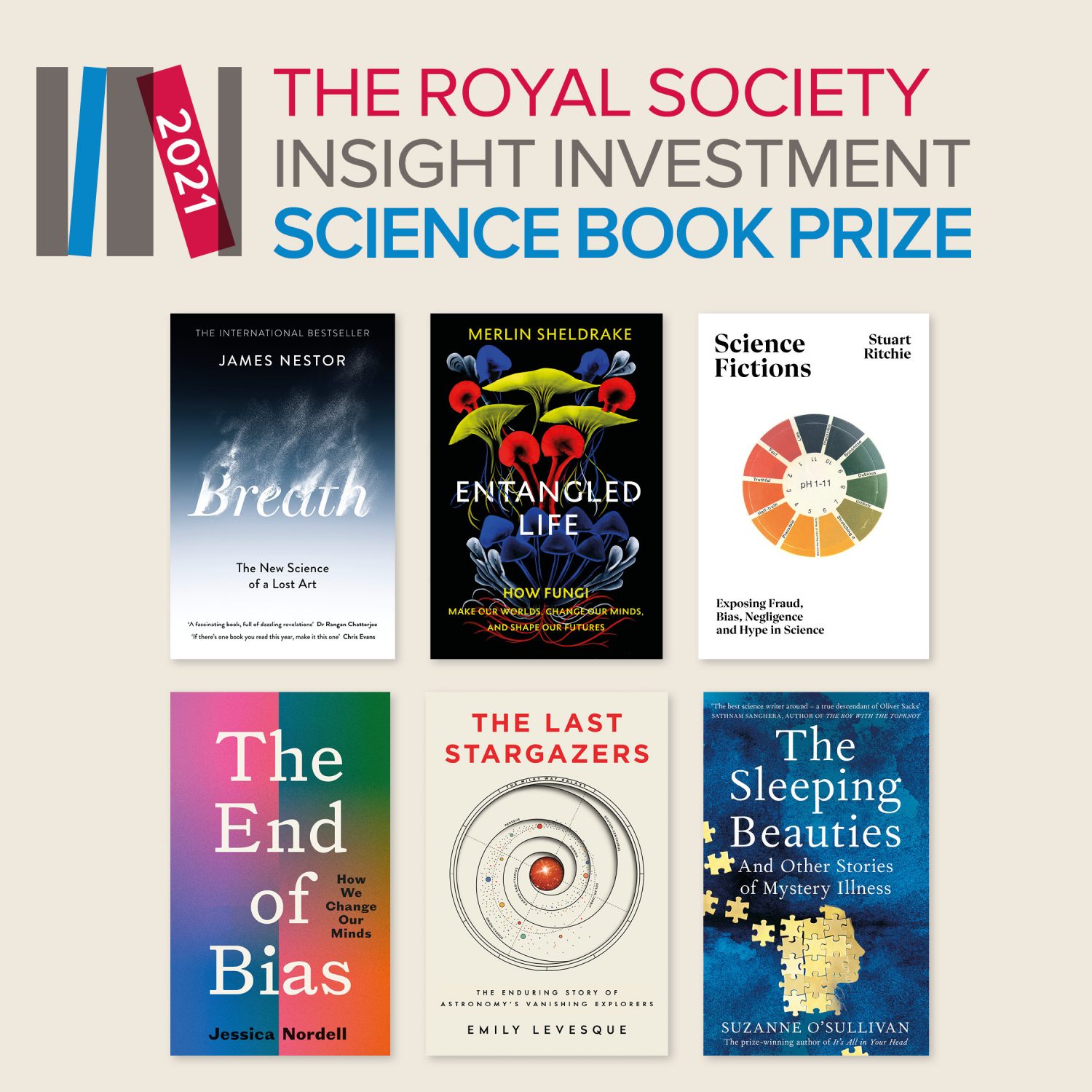 The Royal Society today reveals the shortlist for the Royal Society Science Book Prize 2021, sponsored by Insight Investment. This year’s shortlisted books, chosen from a record number of 267 submissions, demonstrate the breadth, depth, accessibility, and joy of the best popular science writing from all over the world.

Two debut authors make the 2021 shortlist in journalist James Nestor and science and culture journalist, Jessica Nordell. They are joined by astronomer Emily Levesque and neurologist Suzanne O’Sullivan. Psychologist Dr Stuart Ritchie and biologist and writer Merlin Sheldrake complete the six-strong list, from which a winner will be chosen in November.

The full 2021 shortlist is (in order of author surname):

“This year’s shortlist reflects more than ever the huge strength and diversity of topics evident in science writing. Every book is very accessible to all, and each in its own way is quite remarkable. The topics range from an account of what it’s like to be a woman in the field of astronomy (which also conveys the enduring fascination we have with the stars), why breathing optimally is so important for our health and well-being, the scientific basis of why we are so biased when it comes to our views, the related topic of fraud and bias in science, mystery illnesses and, finally, the fascinating world of fungi.

“Each is important and compelling, conveying the wonder of science but also highlighting issues that we should all be concerned about. Important, accessible science writing is certainly alive and well with this enthralling list of titles.”

Two books take a closer look at the worlds beneath our feet and beyond Earth’s atmosphere. In The Last Stargazers, Emily Levesque reveals the hidden world of stargazing, celebrating the ingenuity and curiosity of the profession, instilling cosmic awe in the reader. In Merlin Sheldrake’s Entangled Life, our perspective shifts from the galactic to the fungal, taking the reader on a guided tour of the hidden world that supports and sustains nearly all living systems.

A further two books deal with the human body, its remarkable systems but also its endless mysteries. Breath by James Nestor explores one of biology’s most basic functions, upending what we think we know about breathing and demonstrating how over thousands of years we have learned to do it wrong, with devastating consequences. In Sleeping Beauties, Suzanne O’Sullivan investigates a series of disparate diagnostic mysteries: psychosomatic illnesses, or medical disorders apparently caused as much by factors of the mind as by the body.

The final two titles set their sights on the limitations and fallibility of scientific practice, highlighting how these can impact our societies and imagining how we might improve them. Science Fictions by Stuart Ritchie reveals how bias, mistakes and even outright forgery can influence everything from austerity economics to anti-vaccination movements, proposing vital remedies. In The End of Bias, Jessica Nordell delves into the cognitive science and social psychology underpinning efforts to create change, and meets some of the pioneers developing new practices, from mindfulness-adopting police to lawyers and educators striving to embed quality from the playroom to the boardroom.

A third of the books on the shortlist come from independent publishers, while Penguin Random House has three nominated titles.

For 33 years, the Prize has promoted the accessibility and joy of popular science writing. It has celebrated some truly game-changing reads: books that offer fresh insights on the things that affect the lives we lead and the decisions we make, from neurodiverse perspectives on everyday living (Explaining Humans by Dr Camilla Pang, 2020) to gender bias (Invisible Women by Caroline Criado Perez, 2019) and the harms humans are wreaking on the planet (Adventures in the Anthropocene by Gaia Vince, 2015, and Six Degrees by Mark Lynas, 2008). In 2021, the judges renew their search for the most compelling science writing of the last year, at a time when the power of effective science communication is valued more highly than ever before.

The winner of the 2021 Royal Society Science Book Prize, sponsored by Insight Investment, will be revealed at a ceremony in London on 29th November. They will receive a cheque for £25,000, with £2,500 awarded to each of the five shortlisted authors. 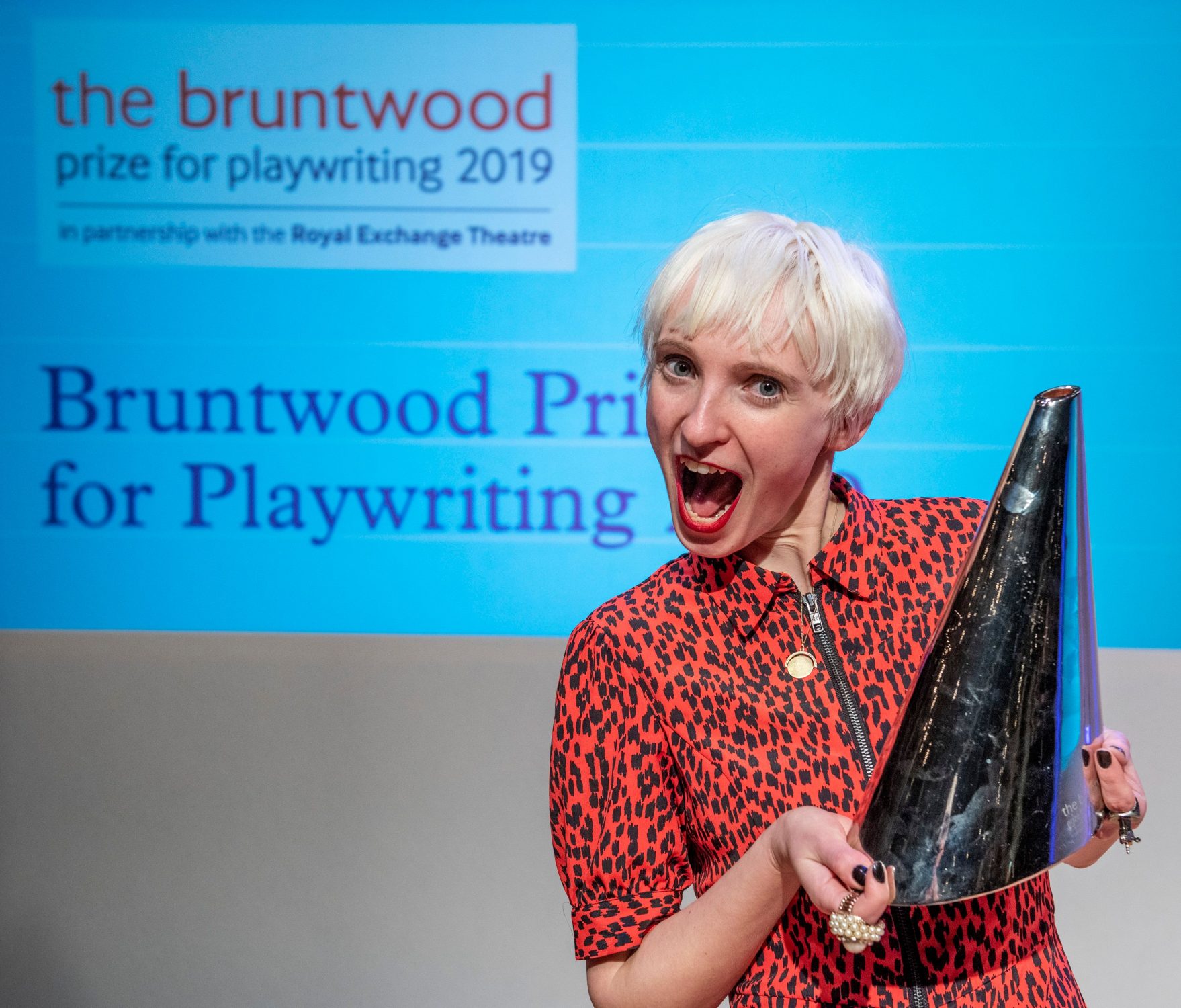 We are delighted to be partnering, once again, with one of the UK’s leading property companies Bruntwood and the Royal Exchange Theatre, Manchester, on the next Bruntwood Prize for Playwriting. Following a successful first year, in which we helped the Prize achieve a 115% uplift in entrants (the highest number of entrants overall in the Prize’s history including increases in traditionally underrepresented demographics), we have been retained to work on the 2022 Prize cycle.

Riot co-Founder and MD Preena Gadher said: “The pandemic devastated the theatre industry and so I am so pleased that Bruntwood is steadfast in its commitment to continuing to support playwriting, as the UK’s remaining theatres re-open and audiences begin to come back. As an agency specialising in culture PR, we implicitly understand the important role that the creative industries have in helping societies re-group and re-build after difficult times. The Bruntwood Prize for Playwriting is needed now, more than ever and we are honoured to continue supporting the Prize.”

Paula Rabbitt, Communications Manager at the Royal Exchange Theatre said: “The Bruntwood Prize for Playwriting is a celebration of imagination and to do such an incredible prize justice you need a brilliantly intuitive and creative team to work on it. Riot are absolutely that, and we are very excited to build on the brilliant achievements from the 2019 Prize for 2022. As we start working on the next prize cycle Riot are helping us to shape an innovative approach to our communications and we are really looking forward to exploring new paths and sharing the Prize with as many people as possible. The idea that stories can help us to understand our world is perhaps more important than ever and Riot are the perfect partners to help us bring our unique story to life.”

Kate Vokes, Chair of Trustees at the Oglesby Charitable Trust and Non-Executive Director at Bruntwood commented: “The return of the Bruntwood Prize signals a return of bustling cities, full of cultural vibrancy and a celebration of shared experiences. We’ve always recognised the significant role that the arts play in creating thriving cities – but nobody could be in any doubt after the last 18 months. As a long-standing champion of the arts, since arts and culture inject so much life into our cities, we recognise that places like Manchester are ecosystems and are committed to keeping this value alive. As we all support the business community to bounce back – let’s not forget the arts. Good luck to all those submitting.”