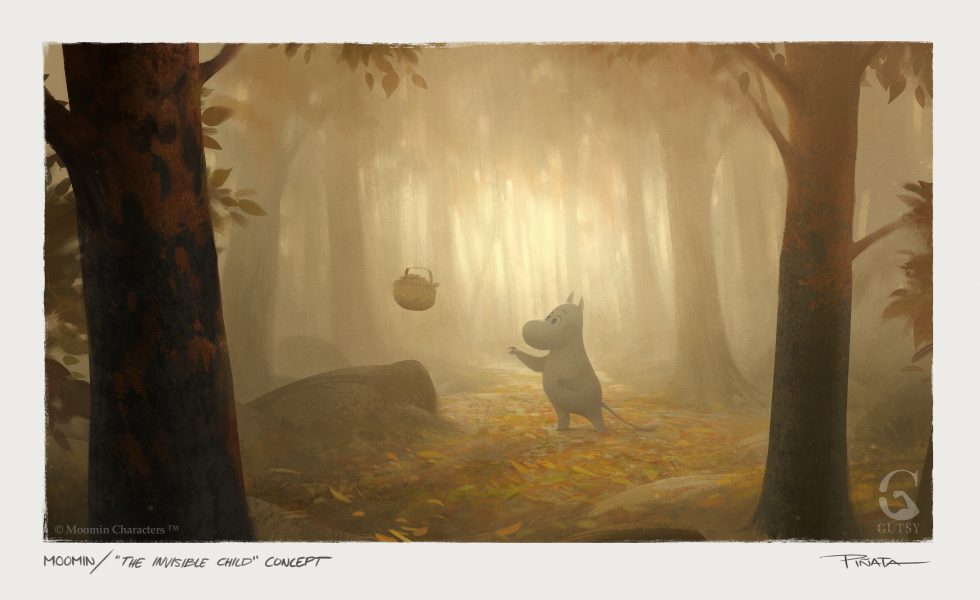 The first series of the animation – which is based on the beloved Moomin stories by Finnish-Swedish author and artist Tove Jansson – is currently in production. MOOMINVALLEY will consist of 13 x 22-minute-long episodes and will be broadcast in 2019 on Sky One and Sky’s on-demand service NOW TV in the UK and public broadcaster YLE in Finland, with many more deals under negotiation worldwide.

As a result of the collaboration with Sony Music, each of the episodes will include a featured track by one of the record label’s artists.

Marika Makaroff, Creative Director and Executive Producer at Gutsy Animations, said: “From the beginning of this project we have been ambitious with our vision – and it has paid off in spades. I’m thrilled to be partnering with Sony Music, which is home to some of the world’s best artists, and can’t wait to announce the incredible names that will be writing brand new music for Moominvalley. What we’ve heard so far is truly magical – it perfectly captures the sense of wonder and spirit of adventure so central to the world Tove created.”

Ferdy Unger-Hamilton, president of Columbia Records UK, said: “We are very proud here at Columbia Records to collaborate with Gutsy Animations on the MOOMINVALLEY soundtrack. The Moomins are culturally important around the world and we have a fantastic line up of artists across Sony Music Entertainment contributing featured songs to the soundtrack.”

The full line-up of Sony Music Entertainment artists contributing featured songs to the MOOMINVALLEY soundtrack will be announced in the coming months, ahead of the animation airing in spring 2019. The tracks will complement an original score composed by Finnish musicians Pekka Kuusisto, whose father composed with Tove Jansson in the 1970s and wrote the Finnish National Opera’s Moomin Opera in 1974, and Samuli Kosminen.

The Moomins are one of Finland’s biggest exports and have a global fan base. They have enjoyed popularity in the UK since the 1950s, when the original Moomin comic strips were published in the Evening News newspaper. MOOMINVALLEY has the approval of Moomin Characters, the business set up by Moomin creator Tove Jansson and her brother Lars in the 1950s, and Bulls Licensing, their global licensing agent.

Cast and characters of MOOMINVALLEY

Gutsy is a team of creators and producers who believe that the world is in need of funny, clever, gutsy and – above all – meaningful content. All of its productions are aimed at international audiences and based on a concept of genuine social impact.

Sony Music Entertainment is a global recorded music company with a current roster that includes a broad array of both local artists and international superstars.  The company boasts a vast catalogue that comprises some of the most important recordings in history.  Sony Music Entertainment is a wholly owned subsidiary of Sony Corporation of America.

Founded in 1887, Columbia is the oldest surviving brand name in pre-recorded sound.

Columbia Records went on to release records by an array of notable singers, instrumentalists and groups. From 1961 to 1990, its recordings were released outside the U.S. and Canada on the CBS Records label before adopting the Columbia name in most of the world.

Today it is a premier subsidiary label of Sony Music Entertainment. Its roster features some of the most famous names in music history alongside some of the finest cutting edge artists in the world today. In the UK it is led by President Ferdy Unger-Hamilton.

Oy Moomin Characters Ltd is the owner, originator and official company responsible for supervising and managing the Moomins’ brand, copyright and registrations. The company was started in 1958 by Tove Jansson and her brother Lars Jansson and even today is run by family members. Sophia Jansson, Lars’s daughter and Tove’s niece, is Chairman of the Board and Creative Director at Moomin Characters. All characters from Moominvalley are registered trademarks.

Moomin in the UK

The Moomins are currently experiencing a resurgence in popularity in the UK. Last year, a series of major Moomin-themed events and exhibitions took place, including Southbank Centre’s immersive Adventures in Moominland and Kew Gardens’ Easter Festival. Dulwich Picture Gallery presented the first major UK exhibition of work by Tove Jansson – including not only Moomin drawings but also Jansson’s surrealist-inspired paintings of the 1930s and abstract works of the ‘60s, her satirical anti-war cartoons and book jacket designs – and the Moomins featured prominently at the Lakes International Comic Art Festival.

A diverse range of quality Moomin products are available in the UK, from new Collectors’ Editions of the original Moomin stories (published by Sort of Books) and a guide to the Moomins, The World of Moominvalley (published by Macmillan Children’s Books), to 100% cashmere sweaters and other accessories from fashion label Chinti and Parker.