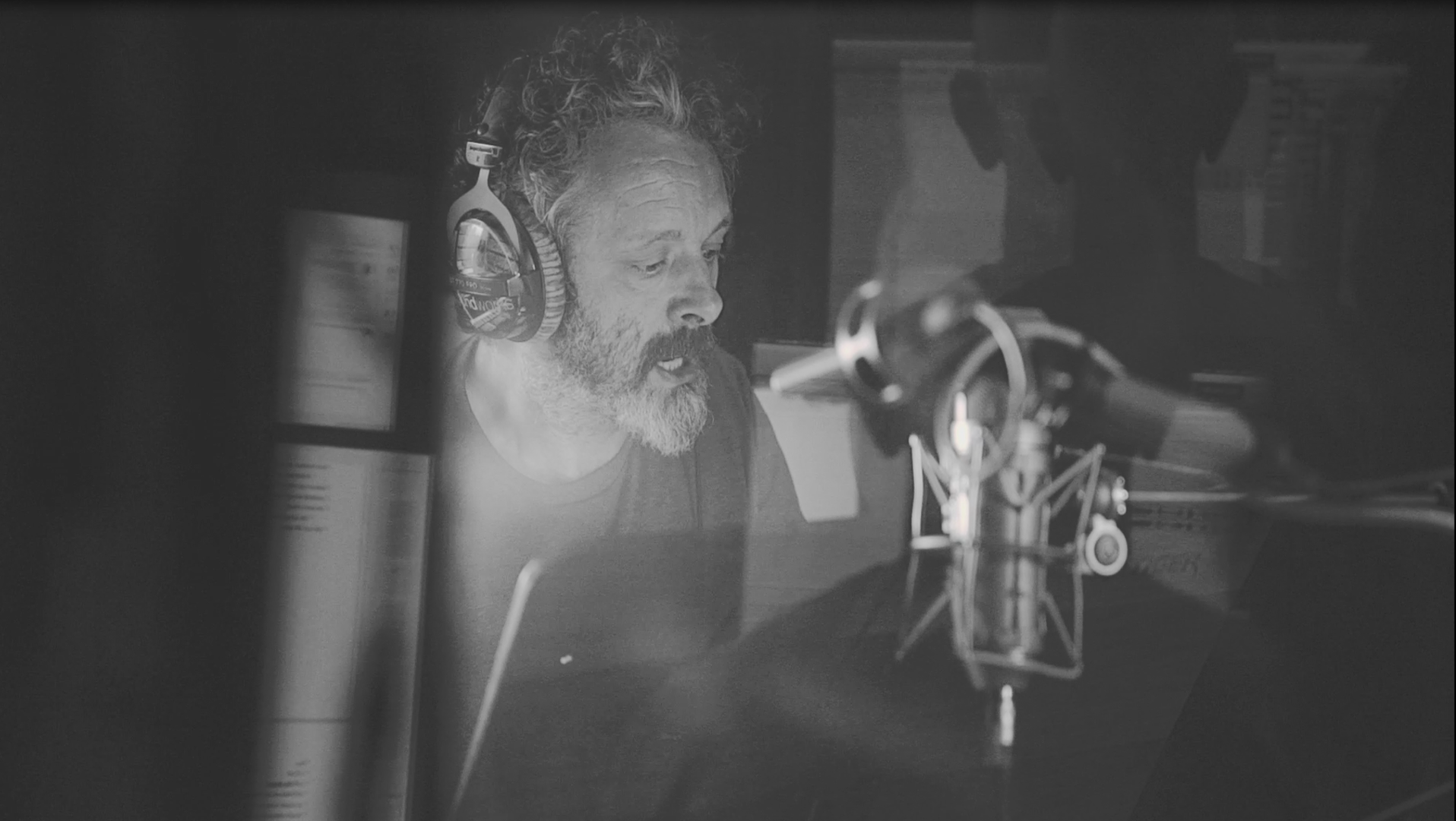 “The worlds and characters that Philip Pullman has created matter; they mean a lot to me and to other people as well.”– Michael Sheen

Penguin Random House Audio are delighted to announce that award-winning Welsh actor Michael Sheen (Passengers, Frost/Nixon, The Twilight Saga, Good Omens) is to narrate the UK and US audiobook edition of Philip Pullman’s The Secret Commonwealth: The Book of Dust Volume Two.

Sheen, a self-confessed Pullman fan, narrated the first volume in The Book of Dust sequence, La Belle Sauvage, in 2017 and returns to lend his voice to The Secret Commonwealth. The second volume sees heroine Lyra Silvertongue, now an independent young woman, forced to navigate a complex and dangerous new world as she ventures far beyond the edges of Oxford, across Europe and into Asia, in search of an elusive town said to be haunted by dæmons.

“There’s something wonderful about being so immersed in a world that I love so much: that’s the great privilege of narrating this audiobook. The worlds and characters that Philip Pullman has created matter; they mean a lot to me and to other people as well, and I hope that Philip’s happy with my interpretation of the characters, their dynamics and relationships.”

“I’ve become so invested in Lyra through the His Dark Materials series and into this new one. In The Secret Commonwealth I found myself so moved by what she goes through and what she’s struggling with.”

“I am thrilled that Michael Sheen will be returning to read the audiobook of The Secret Commonwealth. Michael was phenomenal in his reading of the characters in La Belle Sauvage, even leading to an award win last year. I have no doubt that listeners will continue to be moved and entertained by his exhilarating performance.”

Richard Lennon, Publishing Director, Penguin Random House Audio, adds: “Michael Sheen’s performance of The Book of Dust: La Belle Sauvage was truly phenomenal and has won him numerous awards, including Audiobook of the Year at the British Book Awards in 2018. You can hear Michael’s passion for Philip Pullman’s work in every syllable and it is a privilege to be working with him again for The Secret Commonwealth. I can’t wait for fans to be able to hear this unforgettable production.”

In addition to the Penguin Random House Audio audiobooks for The Book of Dust sequence, audio adaptations of Pullman’s His Dark Materials have a multi-voice dramatisation for BBC Radio 4, starring Terence Stamp as Lord Asriel and Lulu Popplewell as Lyra, and an audiobook narrated by the author himself for Audible.

The Secret Commonwealth: The Book of Dust Volume Two will be published simultaneously – in audiobook, hardback and ebook formats – on Thursday 3rd October 2019, by David Fickling Books in association with Penguin Random House Children’s in the UK.

Michael Sheen is a multi-award-winning stage and screen actor who has starred in three films nominated for the Best Picture Academy Award: The Queen, directed by Stephen Frears, Frost/Nixon, directed by Ron Howard, and Midnight in Paris, directed by Woody Allen.

He is known to millions as a vampire in The Twilight Saga films and a werewolf in the Underworld franchise. His other feature credits include The Damned United, directed by Tom Hooper; Tim Burton’s Alice in Wonderland; Tron: Legacy, and the critically acclaimed adaptation of Thomas Hardy’s novel, Far From the Madding Crowd, directed by Thomas Vinterberg; Sony’s Passengers in which he starred alongside Jennifer Lawrence and Chris Pratt and Home Again with Reese Witherspoon. Michael can currently be seen in the Netflix feature film, Apostle, as well as Slaughterhouse Rulez with Simon Pegg. He recently completed filming opposite Robert Downey Jr in The Voyage of Doctor Dolittle.

On television, Sheen has earned multiple awards and nominations for his performances in projects such as Kenneth Williams: Fantabulosa!, directed by Andy De Emmony, Dirty Filthy Love, directed by Adrian Shergold, as Tony Blair in HBO’s The Special Relationship and as Dr. Bill Masters in four seasons of the acclaimed Showtime series, Masters of Sex, on which he was also a producer. He has created memorable characterizations for NBC’s 30 Rock, HBO’s mockumentary 7 Days In Hell, the IFC miniseries spoof Spoils of Babylon, and Michael Bolton’s Big Sexy Valentine’s Day Special for Netflix. He will next appear in Neil Gaiman’s Good Omens for Amazon and BBC alongside David Tennant and can also be seen in The Good Fight for CBS. Michael has also recently been cast as a lead role Fox’s Prodigal Son.

Widely recognised as an equally effective activist, through his role as UNICEF Ambassador, Patron of Social Enterprise UK, President of the Wales Centre for Voluntary Action and many other roles, Michael is now branching out to start his own social movements. In March last year he launched the ‘End High Cost Credit Alliance’, aimed at tackling the unfair targeting of high cost credit to those who can least afford it. Additionally, this July Michael will be bringing the Homeless World Cup to Cardiff, working to create a legacy which has a real impact on people’s lives long after the final whistle is blown. More than 500 players representing over 50 countries will travel to Cardiff to attend the week-long festival of football, in what is to become one of the most inspiring Homeless World Cup tournaments yet. 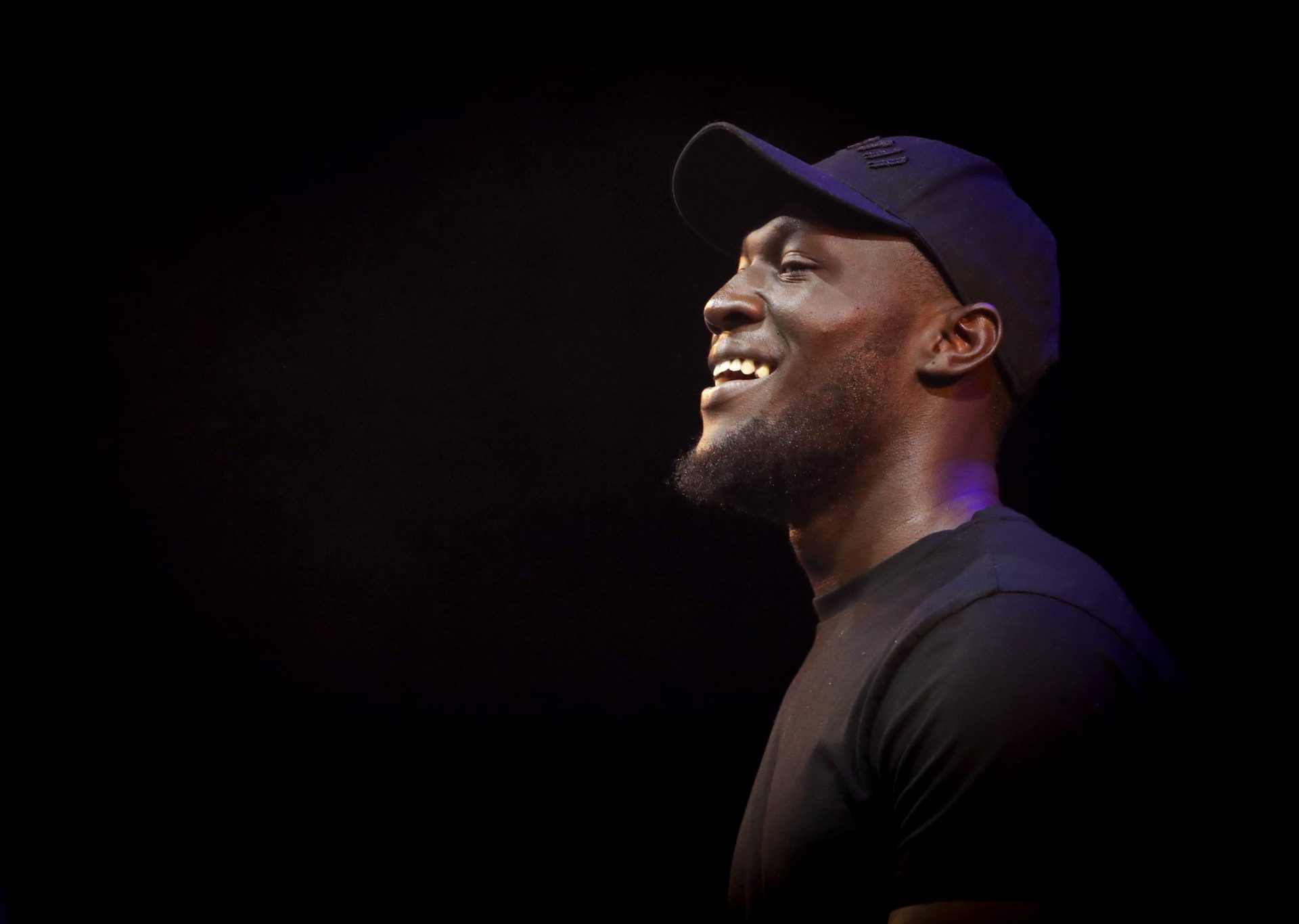 Riot Communications’ Director, Adele Minchin, shares her thoughts on our recent campaign for Penguin Random House, staging Penguin Presents, and how we helped our client create their biggest brand moment of the year.

Once a year, the world’s number one publisher, Penguin Random House, gathers in the region of 1,500 employees from all areas of its business, to celebrate and showcase a selection of their authors, the breadth of their publishing and the power of books and reading to change lives. It is the one opportunity Penguin Random House UK’s CEO, Tom Weldon, has to address the entire business all gathered together in one place. It is a moment to communicate the brand’s social purpose and impact in the world, demonstrate how Penguin Random House is a cultural force and a relevant, exciting and dynamic media and entertainment brand. It serves to motivate, inspire, engage and instil a sense of pride and community in Penguin Random House’s workforce. Penguin Presents is one of the most important pieces of internal communication the company undertakes. We were thrilled to be hired once again in 2019 to help mastermind, project manage and execute this major piece of corporate communications for Penguin Random House’s biggest brand moment of the year.

The date was set for 6th June 2019 and the location would be the iconic London Palladium. The work started nine months in advance and was a herculean team effort.

Being clear of the objectives was a vital first step. We designed and led a brainstorm with the creative team at Penguin Random House to nail exactly what we were trying to achieve. Keeping brainstorms on track, on time, inclusive, open, safe and energised is crucial. Good brainstorms produce excellent results which should form the foundations of your work and be a consistent touchstone throughout your project.

With so many elements to putting a show of this scale on, building a strong team who would work collaboratively and creatively, with a shared vision and ambition was essential. With our colleagues at Penguin Random House, we identified a core team who would each have their own part of the project to own, shape and deliver. Working with people’s strengths, skills and expertise ensures you have a dynamic group of professionals who are focused on results for their specific area. Our role of communicating a clear vision from the outset, maintaining consistent communications, bringing stakeholders on board early and including them in decision-making and the creative process, as well as providing streamlined systems and processes for workflow management were all key factors of a successful outcome.

With clear objectives, a strong team and robust systems in place, there is space and freedom for the creative process to take place. Penguin Random House sought to move beyond the conventional sales conference model that is usual for the publishing industry where forthcoming books are presented with jackets and publication details, and instead wanted to challenge the traditional perception of publishing, providing an immersive experience for the audience, showcasing Penguin Random House’s authors and their ideas with theatrical staging and a sense of wonder. Understanding this, we helped secure the right partners and third parties to make this a reality. The action wasn’t confined to the auditorium – everything from the invitations, the arrival, the refreshments and more was engineered to surprise and entertain. Having the right partners on board to bring your vision to life is essential.

The beating heart of a show of this kind is, of course, the talent. Getting the right mix of diverse, new voices, established literary figures, global thinkers, entertainers and agenda-setting, cultural leaders was a big and joyful part of our role. The communication of the vision, the detailed briefing, a sensitivity to and understanding of the people you are working with, as well as a clear expression of your expertise in talent management are all vitally important when handling talent. We were rewarded with an utterly inspirational talk from the world’s most renowned living artist and activist, Ai Weiwei, a superb appearance from Grime artist, Stormzy, announcing the winners of #Merky Books New Writers Prize, stand-up comedy from debut children’s author, Humza Arshad and much, much more.

The theme for this year’s show was Penguin Imagines with the aim of sharing a hopeful vision of how books and reading can have a positive effect on people’s lives. Here at Riot, we only work with clients who make a positive impact in the world. And so I’ll end with the words of Penguin Random House UK CEO, Tom Weldon, ‘I truly believe that Penguin Random House has a unique opportunity to shape the world for the better. When Allen Lane created Penguin in 1935, his motives were both ‘missionary and mercenary’. We are a proudly commercial company with a social mission at our heart. We can use our voice and the power of our brand to champion the causes we care about, be it freedom of speech, literacy or inclusion.’

We are still glowing with pride to have helped bring this vision to life. We are filled with inspiration, our brains stuffed with ideas and information.